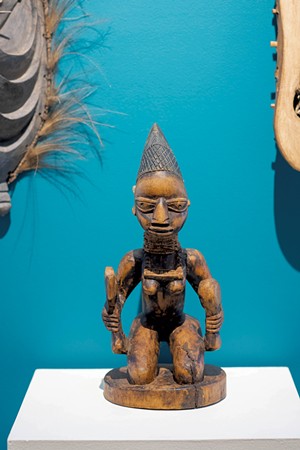 Wendy Butler of New Haven has a collection of about 50 handmade baskets from across the Northeast. A 19th-century Abenaki one is acorn size and made of intricately handwoven sweet grass. The Abenaki often sold such baskets in the White Mountains to Victorian women, who used them for sewing supplies or other small items, Butler said. Her great-grandmother purchased it, her grandmother gave it to her, and now it's part of the Henry Sheldon Museum's "Addison County Collects" exhibit.

The new exhibit is populated with items from the around the world, contributed by Addison County residents from their own collections. The exhibit's opening on June 15 coincided with two other milestones for the Middlebury museum: reopening to the public after a six-month closure and welcoming its new executive director.

Closed for repairs and renovations this past winter and spring, the museum is now open five days a week and will host a grand reopening celebration this Friday, June 24.

On April 1, Stephanie Skenyon became the Sheldon's executive director, replacing Bill Brooks, who retired in December. She holds a doctorate in history and recently served as director of education for the New Hampshire Historical Society.

When she moved from North Carolina to Rutland with her husband, Skenyon was apprehensive about living a state where many residents' families have lived for generations, but, she said, many people have called her to welcome her to the community and the museum.

"Henry Sheldon was a passionate collector, and so are people today." Mary Ward Manley tweet this

In advance of reopening, the Sheldon has undertaken some capital projects, such as repairing windows in the exhibit spaces. Skenyon believes the museum's fundraising and renovation hurdles are typical of museums its size.

"Managing those kinds of things in the context of balancing opening to the public versus not opening is always a challenge," Skenyon said.

Skenyon hopes to get more families involved with activities at the museum and to increase efforts to attract diverse groups of people. She's focused on "how we think about exhibits or programs in the future and solidifying our connections within the community." 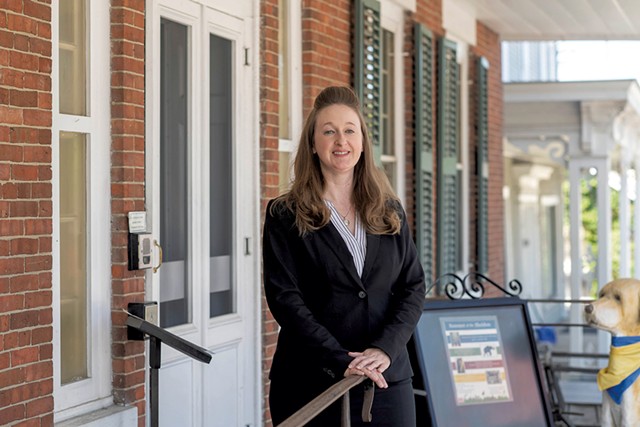 Though it's consistent with her goals, the "Addison County Collects" exhibit was in the works well before Skenyon's arrival. The museum began soliciting items in February through emails and social media and received nearly 50 submissions, according to museum associate director Mary Ward Manley. Some submissions came from people who had never previously visited the Sheldon.

"We invited people from Addison County to contribute one item that represents their collection, which was very difficult for [people] who [have] many objects," Manley remarked.

As curator, she selected 39 pieces for the exhibit, including a Tiny Tot Piano manufactured in East Middlebury in 1946, donated by Jack Brown of East Middlebury; the 1892 diary of a Salisbury resident, donated by Emily Rossheim and Stuart Hamilton of Starksboro; a West African Ngoni banjo, donated by Rick Ceballos of Bristol; and Mongolian traditional clothing, donated by Sas Carey of Middlebury.

Bob Hooker of Pittsford contributed a 19th-century horseshoe from his collection of horseshoes found at his late grandparents' blacksmith shop-turned-home.

"Every time we dig up anything around the house, there [are] horseshoes and random pieces of iron that have been worked on by a blacksmith," said Hooker, who has lived in the 19-century home for the past 24 years.

Manley herself provided an item for the exhibit: a painted dresser by self-taught Alabama folk artist Mose Tolliver. Manley has a collection of artwork by Tolliver that she acquired while working at the Montgomery Museum of Fine Arts.

She was inspired to create the Sheldon exhibit by the "High Museum Collects" exhibit at Atlanta's High Museum of Art, where she formerly worked.

"It was a community show, and it was incredible work. I always thought that it was a neat way to bring people into the museum," Manley said.

Manley was also inspired by museum founder Henry Sheldon's penchant for collecting. He acquired a variety of historical objects and artwork related to Addison County (and beyond) that he displayed throughout the museum, which was formerly his home. 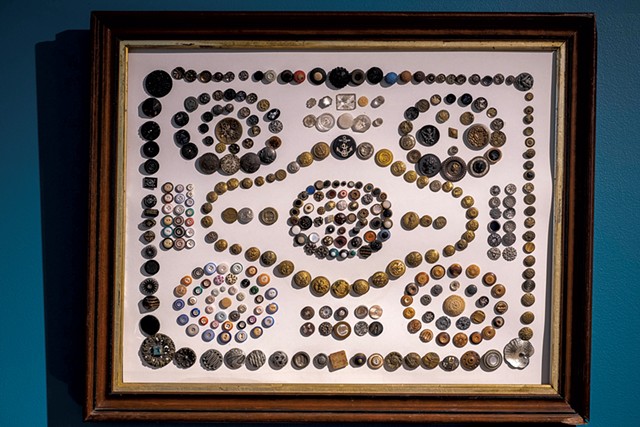 "Henry Sheldon was a passionate collector, and so are people today," Manley said. "[The exhibit] is very representative of the diversity and diverse interests of people in Addison County."

Adjacent to the room holding the new exhibit, Manley plans to curate one called "Addison County Kids Collect," which will feature pictures of local kids with their own collections.

The June 24 reception will celebrate "Addison County Collects," as well as two other new exhibits: "The Elephant in the Archives: Silences, Erasures & Relevance" and "Sculptures of Perseverance: Ukraine-Inspired Sculptures by Chuck Herrmann." The former tells the stories of women who were not included in written history, and the latter showcases multiple items made of Vermont wood.

The museum also plans to host a series of talks in the late summer through fall by collectors who contributed to "Addison County Collects."

"[It] is a really great exhibit that touches upon a lot of ways that people interact with objects," Skenyon said.

The original print version of this article was headlined "Hidden Treasures"