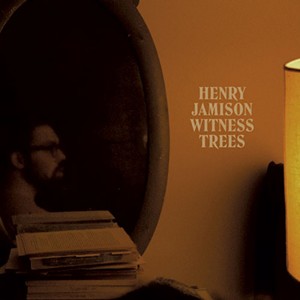 The trick to reading poetry, I've found, is to read the same poem many times. On the first read, my mind often skims across the surface. Extracting feeling and meaning requires deliberate attention and engagement. I found the same to be true listening to The Years, a new album from Burlington singer-songwriter Henry Jamison. If I let it, Jamison's soft vocals and typically gentle instrumentation fade to the background, like coffee shop tunes. But when I focus, I find lyricism that touches the questions that most plague me: What's the point of all this? Where do I go from here?

Jamison himself is a fan of the 20th-century poet Rainer Maria Rilke, and, like Rilke, he plumbs contradictory notes of joy and suffering, drive and ennui, progressiveness and nostalgia that define the human condition.

Jamison's lyrics paint a portrait of a young person at a crossroads. This album was created during the pandemic, when he and other touring musicians were suddenly stuck at home. The resulting songs will resonate with people in all kinds of transitory situations.

Consider the title track, "The Years," which includes lines such as "Time flies even when we're not having any fun" and "See, reality is hiding in plain sight." Lyrics that could sound utterly depressing are, in Jamison's hands, contemplative and even hopeful.

He finds contentment in unanswered questions, such as on "To Ash," cowritten with composer Nico Muhly: "So I drove to Lakeside, parked my car and walked around / Looking for an answer, but I found nothing," Jamison sings. "...Still, I'd say the seeking must mean something."

On "Make It Out," Jamison collaborates with Maisie Peters, whose childlike voice and clever songwriting catapulted her to fame on YouTube and TikTok. Though the duet is intimate, focusing on a couple in a hotel room, Peters sometimes sounds like she's singing from a fishbowl, implying emotional distance between the two characters. Jamison's voice, not attention-grabbing on its own, grows and glows when joined with others'.

Speaking of TikTok, the Peters track made me curious about Jamison's presence on that app, where the future of pop-music tastemaking resides. Jamison doesn't appear to have an account, but other people have set his music behind montages of the mundane yet lovely details of their daily lives — latte art, walks in the woods, strawberries rinsed in the sink.

Like those videos, Jamison's songs show the way that art grounded in the personal can feel universal. For those who aren't exactly sure who they are or what they're doing here, it can be helpful to learn how others approach the confusion. As Rilke wrote in the poem "People at Night": "They say always 'I' and 'I' / And mean — they know not whom."

The Years is available on streaming platforms. Henry Jamison plays this Saturday, May 14, at the Methodist Church at the Waking Windows music festival in Winooski. Details are at wakingwindows.com.

Speaking of Henry Jamison, The Years