Hen of the Wood Shares Its Sweet Side 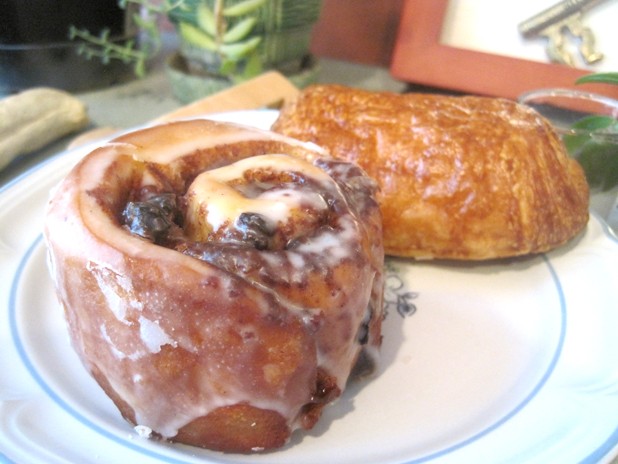 Last week, Corin Hirsch raved about the “to-die-for dessert of molten brownie topped with pine-laced meringue” at Burlington’s Hen of the Wood. Pastry chef Andrew LeStourgeon’s creations have fast become a standout at the new restaurant. Now fans don’t have to wait until dinner for a taste. Under the moniker Little Sweets, the nickname he gained “as of day two” at HOTW, LeStourgeon is providing baked goods and ice creams to several Burlington-area businesses.

Last Friday marked Little Sweets’ first delivery to Maglianero. The Burlington café’s pastry case now boasts a variety of his baked goods, including canelés, croissants and petite doughnuts. Yesterday, LeStourgeon sent the coffee shop his first batch of “cronuts,” the trendy doughnut-croissants, which he plans to include in his delivery a few times a week.

Next week, Little Sweets will begin providing delicacies to the Marriott Courtyard Burlington Harbor, and in two weeks, LeStourgeon will pair his chocolates with featured beers at Mule Bar in Winooski.

It’s a lot of work, but nothing new for LeStourgeon: In his last job, at Fig & Olive in New York, he ran a commissary kitchen that supplied four restaurants, as well as managing the pastry program at the restaurant’s California satellite. If anything, now he’s looking to keep even busier. LeStourgeon says he’s open to more work offers — including making desserts for private customers.

The original print version of this article was headlined "Bakery Fresh"