Hen of the Wood and Hotel Vermont Celebrate Fifth Birthday 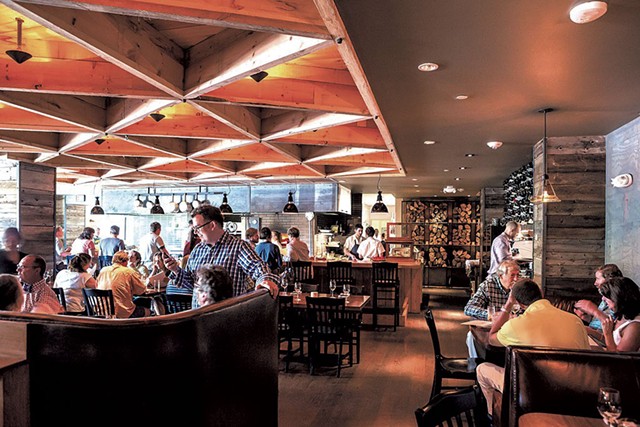 On May 9, a double whammy of a party at Hen of the Wood in Burlington and Hotel Vermont celebrates the fifth birthday of the Cherry Street establishments. Hen of the Wood will offer $1 oysters from 4 to 6 p.m., followed by free snacks from 6 to 10 p.m. Beer from Hill Farmstead Brewery in Greensboro, rated the No. 1 brewery in the world by RateBeer four years in a row, will take over the taps at the restaurant, and staff will mix special birthday cocktails. No tickets required.

At neighboring Hotel Vermont, the birthday begins with a private party from 5 to 7 p.m., followed by a public bash starting at 7:30. Ray Vega and his sextet will perform, and Juniper, the hotel's in-house restaurant, will serve complimentary snacks. Bar staff will pour Vermont beer and make cocktails featuring the vodka and gin that SILO Distillery in Windsor distills for Hotel Vermont. A barrel-aged bourbon made by SILO will debut at the birthday party.