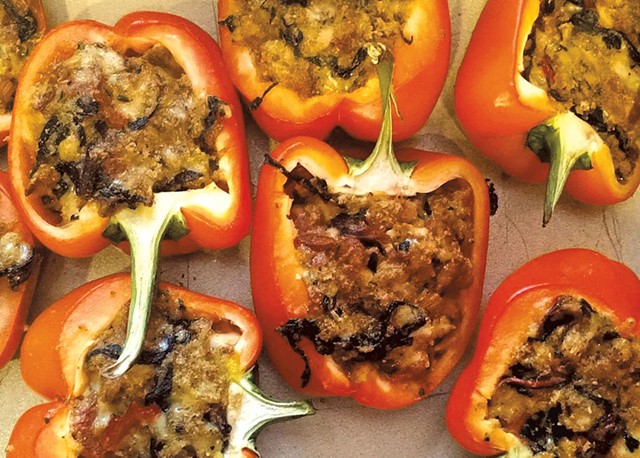 Patrons of Hel's Kitchen in Montpelier have another couple of weeks to swing by for week-night takeout. Owner Helen Labun Jordan will close the theme-driven restaurant, which serves homespun takes on international cuisine, after service on April 30.

Unlike many restaurant closures, this one didn't have financial motives. "Business is going really well," Labun Jordan tells Seven Days. "We have a great base of really loyal customers, and sales have been increasing every month since we opened."

So why close? Personal reasons.

Labun Jordan took over the restaurant's lease in summer 2015 as a sublet from Salt chef-owner Suzanne Podhaizer (a frequent Seven Days food contributor). At that time, Labun Jordan knew that her husband, who works in Gov. Peter Shumlin's administration, would need to find a new job at the end of Shumlin's term. "We didn't know where we'd be going," the cook says. "Do we really want to commit to our restaurant in Montpelier, when we don't know if we're going to be living in Montpelier [forever]?"

The sublet enabled Labun Jordan to step into a turnkey restaurant space without committing to years in the business.

With the space once again available, Labun Jordan hopes another young chef will be able to build on her success. "We identified a niche that wasn't being filled in this area," she says. "Takeout has been successful here before — or it's a great space for catering or pop-ups or tasting dinners. It's a really nice entrée into the restaurant world, for anyone who's interested in that."

In Stowe, local institution Gracie's Restaurant will close later this month after more than two decades in business. Co-owners Sue and Paul "Archie" Archdeacon cite retirement as the reason for the closure. "This is a bittersweet decision," Paul wrote in a Facebook post, "but we look forward to relaxing nights with a bottle of wine." The restaurant will serve its trademark dog-themed burgers and jambalaya Wednesday through Saturday until April 23.

The original print version of this article was headlined "Life Moves"