Hello, Muddah: What I Learned This Summer at my Own Mommy Camp | Culture | Seven Days | Vermont's Independent Voice

Hello, Muddah: What I Learned This Summer at my Own Mommy Camp 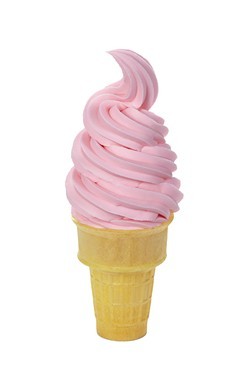 It seemed like a good idea at the time. Back when snow covered the trees and the school bus rolled up every morning at 7:30 a.m. to whisk my little ones away for the day, I decided I would spend the first week of summer vacation with 9-year-old Dillon and 7-year-old Harper. Sure, I had major deadlines, client meetings and doctors' appointments, but I'd sandwich them in somehow. I called it "Mommy Camp" — a week of summer fun.

But as June 13 approached, "fun" was not the F-word at the tip of my tongue. Exhausted from end-of-school festivities, not to mention a wild wedding weekend in Delaware, I woke up that Monday morning feeling less like a camp counselor and more like Jason Voorhees from Friday the 13th about to stalk Camp Crystal Lake. I'd promised Dillon and Harper exciting adventures, backyard explorations, foreign-language lessons and sweet treats. Could I actually pull it off?

No problem, I told myself. Adventure No. 1 would be calling up a 13-year-old neighbor to babysit while I escaped for a run.

Big mistake. When I returned, my mind was clear but there was old granola on the breakfast table and toys everywhere. So off to Klinger's Bread Company we went, where I bought Dillon and Harper each a buttery croissant and told them they could take out their iPod Touches to look up French lessons while I met my friend Jackie to moan about the messy house and messy kids.

(Interestingly, my kids looked up the French translation for "father" and "Father's Day." Already they were pining for Dad.)

Procrastination measures met, I powered through a couple of articles in the early afternoon before finally telling kids that "quiet time" (when I worked in my office while they played Minecraft and looked up "Dance Mom" videos) was over. Feeling guilty, I invited Harper's friend, Alex, for a play date and took the trio to Spare Time, where I pecked away at emails on my iPhone while they battled each other in the laser tag arena.

Day 2 began with an equally inauspicious start. Italian was the language of the day, so the kids remembered to bring their iPod Touches to my doctor's appointment at UVM Medical Center that morning. What Harper managed to forget, however, were his shoes.

"Just pretend you have shoes on!" I whispered to him as we entered through the revolving doors, averting our eyes from the revolted fellow patients who could clearly see that I had brought a 7-year-old with dirty feet into a hospital.

They both looked up the Italian word for "pizza." We had salami sandwiches for lunch instead. It was hot, and so we went to Shelburne Beach, where we blew bubbles left over from the wedding, waded up to our waists and played on my standup paddleboard.

Things were looking up. I was even meeting my deadlines, with one more big one to go on Wednesday — Spanish day. Harper looked up the translation for "gummy bears" and for "mom." Dios mio! I fielded calls while they played in the pool at the Edge, then took them to the Inn at Shelburne Farms for iced tea and watercress sandwiches and a romp through the Enchanted Forest. The inn was a selfish way for me to avoid the hot, stinky animals in the Farm Barn; the forest turned out to be surprisingly full of discoveries, with peek-a-boo views of Lake Champlain.

Day 4 began with games of Connect 4 and scones at Village Wine and Coffee in Shelburne while I met with a book client. The kids decided they wanted to learn Zulu, so they looked up the word for "book" while I had my teeth cleaned. We invited a friend's daughter, Oonagh, to join us at Maple Street Pool in Essex, which was absolutely mobbed.

"OK, Sarah," I told myself. "Time to get real." I tucked my phone away, bid good-bye to my inner Jason Voorhees and carefully watched each of the children as they zoomed down the waterslide, taking seriously the risk of one drowning in the crowded waters.

We bought Creamsicles, then hit the playground, where I resisted taking photos and instead simply watched Dillon, Harper and Oonagh clamber up ladders and pump their legs on the swings. Before long, my snarky attitude was softening like a creemee on a hot June afternoon.

As Friday dawned, it dawned on me that Mommy Camp had been less about the kids and more about me — Mommy. I'd been so busy burying my head in work that I'd neglected to pay attention to all the details that make childhood, and life, so delightful.

That final day, the kids and I went on a wild goose chase for dried hibiscus leaves at Healthy Living for a recipe, then we headed to Waterbury for picnicking, paddling and a tour of the Ben & Jerry's factory.

We had time to shop for souvenirs before the tour began, and Dillon and Harper both agonized over what to buy with their allowance. "Should I buy the lip gloss for myself or a coozie for Daddy?" Dillon asked earnestly. Instead of pooh-poohing the knickknacks as I usually do, I savored her wide-eyed expression and genuine excitement — getting in touch with the magic of Mommy Camp at last.

But the best part was yet to come. As we entered Ben & Jerry's secret testing room, Harper noticed a word scribbled on a white board: "hibiscus," just like the leaves we'd been looking for!

Then, as Rupert Holmes sings in "Escape (the Piña Colada Song)," we laughed for a moment. It was the perfect tune to play as we drove home, our hands sticky with samples of Cherry Garcia.