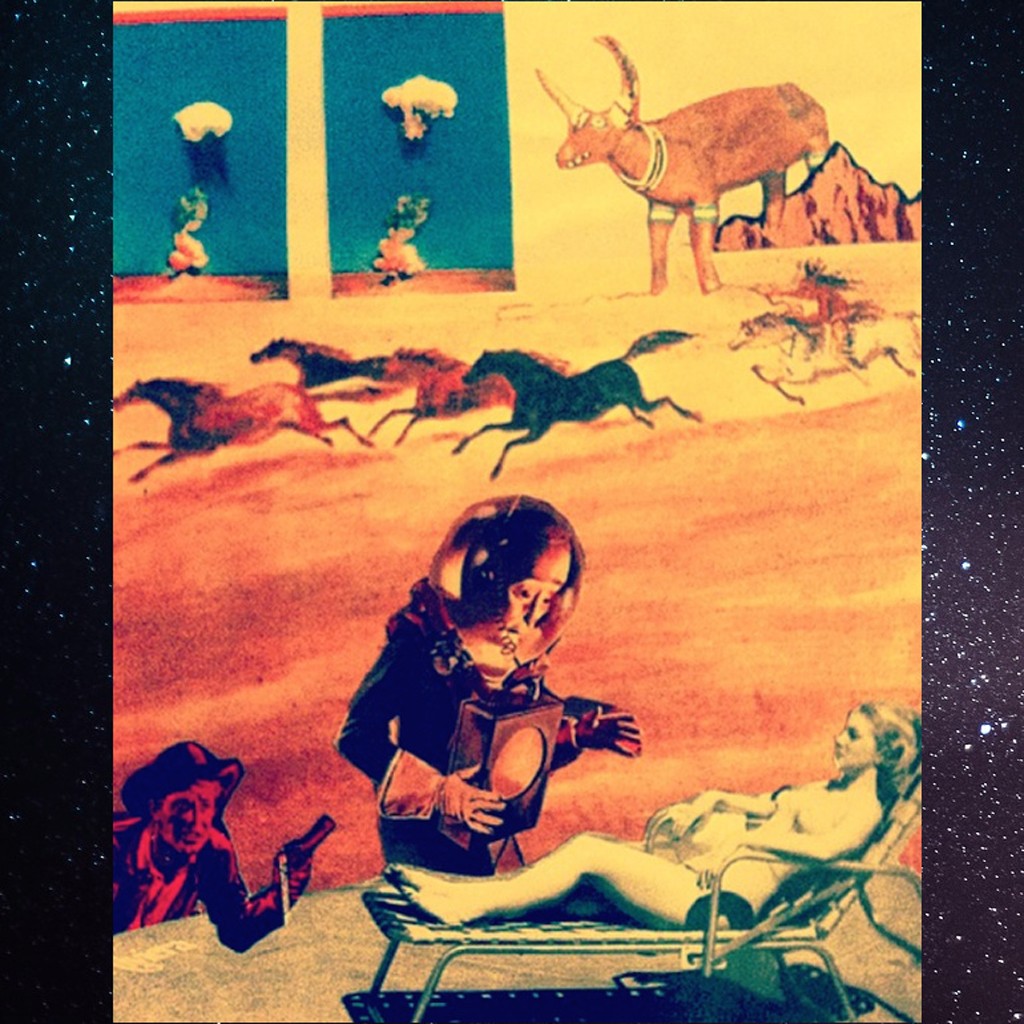 These days, a reliable single-genre rock record can be hard to find. A music fiend could pick up what is advertised as an alternative-rock album and find a curious mix of thrashing punk and soft folk melodies, with a dash of electronic synth thrown in for good measure. It's enough to make your head spin, instead of banging.

Genre discipline is just one of the reasons to celebrate the arrival of Heavy Plains, a quartet of already-successful local rockers. The other is that they recorded their self-titled debut on a cassette. Yes, you read that right. A freaking cassette tape.

Moving on from that moment of 1980s hysteria, the men of Heavy Plains are veteran local rockers, including Luke Awtry of Vetica, Chris Simard and Tyson Valyou — both of the disbanded group Chuck the Plains and the Proper — and John Flanagan, also of Chuck the Plains and In Memory of Pluto. With that collective résumé preceding them, Heavy Plains' nine-track, self-titled debut is a study in upgraded grungy, hard-rock fundamentals.

A little less Nirvana and a little more Marcy Playground, Heavy Plains' sound could be termed "grunge-lite." Regrettably, the opening track, "Blue Light Blue," is also the weakest. It's a bit of an instrumental slog, masking the lyrics with overly amped, drawn-out guitar-and-bass segments.

That lackluster moment is short lived, however, as things kick into gear on the second track, "Gettin' High." Built on a sinisterly sophisticated drum line and scuzzy guitar, this is late-night bar rock at its best. Flanagan's hollow, echoed vocals recall Brandon Flowers of the Killers, but with a decidedly darker, fuzzier edge.

Other tracks pay homage to '90s grunge and metal-lite. "Ladders" pairs apathetic musings with intense instrumentation. Opening on a tambourine riff and electric guitar groove, "Float" explodes midway into an anxious, angsty crescendo. "Leaves" and "What It Is" have the same crushing guitar as a Stone Temple Pilots cut, minus Scott Weiland's angry baritone. The throbbing drums in "Holy Family" get the blood moving, and the rapid "Womb With a View" matches existential lyrics with snarling vocals.

With their self-titled debut, Heavy Plains drop into the local rock scene with cool-kid assuredness. Some of that is likely due to the members' collective street cred. It could also be that these guys just know how to rock out. Whatever the reason, it's refreshing to hear a group enthusiastically embrace rock. You won't hear any modern indie-pop trappings or random genres thrown in for the hell of it. After all, guitars were meant for shredding, right?