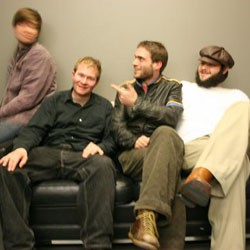 Arturo Sandoval. Sonny Rollins. Levon Helm. The 2010 Burlington Discover Jazz Festival is loaded with marquee talent, as it is every year. Heck, even the names on the undercard — Luciana Souza, Sharon Jones & the Dap-Kings, et al. — would be marquee acts in the Queen City any other time of year. While the big-ticket shows justifiably grab most of the local headlines, the essence of the BDJF is less obvious.

What makes these 10 days every June so special has less to do with the cavalcade of stars gracing the stages at the Flynn or on the waterfront than it does with one simple idea: The real stage is the city itself. It is the lesser-known, and often local, acts heard on the street and in small nightclubs, cafés and restaurants all over town that give Jazz Fest its character, and its heart.

What follows is a primer on some of the options — jazzy and otherwise — that may not be among the first you think of when planning your BDJF itinerary. Consider it a starting point on your road to, yes, musical discovery.

Big Joe Burrell Sculpture Dedication with the Unknown Blues Band, Church Street Marketplace Fountain Stage, Friday, June 4, 4:30 p.m. Free. Finally! After years of fundraising and planning, the life-size, bronze statue of the late, great Burlington sax man, Big Joe Burrell, will be unveiled. And who better to welcome him home than the hepcats with whom he made his indelible mark, the Unknown Blues Band.

Jesse Dee, Church Street Marketplace City Hall Stage, Friday, June 4, 7:30 p.m. Free. One of these years, the energetic, Boston-based soul man will end up on the BDJF marquee. For now, count yourself lucky to swoon, gratis, to his classic R&B vibe on the Marketplace.

Screening: James Harvey: A Master at Play, Firehouse Center for the Visual Arts, Monday, June 7, 7 p.m. Free. Filmmaker Alison Segar has been following the local jazz legend for the last year or so and documenting his life in Burlington’s Old North End. She claims the film offers a glimpse at the mercurial pianist that has enlightened even his longtime acquaintances. More importantly, the film, premiering at this year’s BDJF, serves as a welcome new vehicle to showcase Harvey’s enigmatic compositions.

Tom Cleary Trio, Parima Main Stage, Monday, 7 p.m. Free. Cleary is among Burlington’s most highly regarded pianists and is playing roughly 1478 times during the BDJF as a member of various ensembles. This performance — another “rogue,” or unofficial, Jazz Fest gig — offers a chance to catch him at his best.

Bob, Ray & Russ, Halvorson’s Upstreet Café, Wednesday, June 9, 8 p.m. Free. In its own funny way, Halvorson’s epitomizes Jazz Fest. Walk through a narrow hallway past the main dining area and into the lively back patio, and you feel like you’ve entered a speakeasy. This night, catch guitarist Bob Wagner, organist Ray Paczkowski and drummer Russ Lawton tearing through sinewy blues and funk jams.

Will Patton, Leunig’s, Friday, June 11, 8 p.m. Free. The French café is the BDJF’s beating heart, with live local jazz all day, every day of the the festival. It doesn’t get much better than ace gypsy-jazz guitarist Will Patton.