Have You Ever Asked the Parents of Your Kids' Friends if They Keep Guns in the House? | Kids VT | Seven Days | Vermont's Independent Voice

Have You Ever Asked the Parents of Your Kids' Friends if They Keep Guns in the House?

About a month ago, someone I know was asked by another father whether he keeps handguns in his home. My friend was pretty surprised by the question, and honestly, I never really considered the issue either until that point.

I do think it's good to know if someone has guns in the house, and, if so, whether they're kept out of reach and safely under lock and key. I am a hunter, and I have guns. Mine are kept doubly safe because they're not only locked up, they also have trigger locks.

My kids have made most of their friends through soccer — I'm the coach. I've known these families for a while, and my wife and I both feel safe allowing the kids to have play dates at their houses. The issue of guns is not something I really think about.

I have a recreational rifle, and I also have a small handgun that belonged to my father, who brought it back from Vietnam. When the firearms were at my house, I kept everything separate — guns in one place, bullets in another. I don't keep my guns at the house anymore, though. Ever since Jacob expressed an interest in playing with toy guns about a year ago, I have kept everything at my in-laws'.

But the kids have seen my rifle. And around October and November, when I go hunting, I talk with my own kids about gun safety. I've told Jacob never to point a gun at someone. 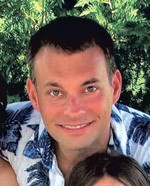 My daughter, Celia, and I sometimes do an activity using the whiteboard in our playroom. It's actually a lesson in disguise. Several years ago, we explored the topic "Things to stay away from or not touch." I'd put pictures on the board, and she would have to identify what each one was — a bottle of blue Windex, sharp scissors, matches, lighters and a handgun.

I made a game out of it. That's the way I dealt with guns with her. In terms of other kids' parents, though, I haven't asked anything about guns. We live in a condo development, and there are four girls, all friends who hang out at each other's houses, mine included. It's a great neighborhood, and we have a wonderful camaraderie. Every night we all go out to the curb at 5 p.m. and chat. But do I know them well enough to know if there's a handgun in their homes? Probably not.