Have I Been Having Sex With a Ghost? | Ask the Rev. | Seven Days | Vermont's Independent Voice

Have I Been Having Sex With a Ghost? 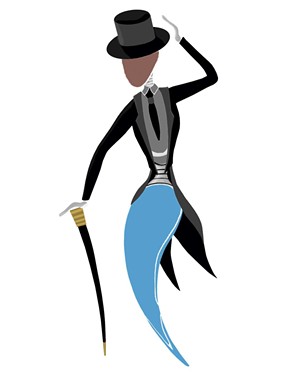 I suppose anything is possible. Tales of sexual encounters between living humans and ghosts have been around for centuries and are present in many different cultures. Most notably, the incubus and succubus spirits have been said to take on human form to seduce mortals.

The term for sexual attraction or interaction with ghosts is spectrophilia, and it's not as uncommon as you might think — there are all sorts of books and articles about the subject.

Celebrities Anna Nicole Smith, Kesha, Bobby Brown and Lucy Liu have all claimed to have had sexual relations with ghosts. There is a "spiritual guidance counselor" in England who believes she's had sex with more than 20 apparitions. In 2016, a 45-year-old woman named Amanda Teague took it to the next level when she married the ghost of a 300-year-old Haitian pirate. They broke up in 2018, but that's another story.

If you believe that you've had sex with a ghost, who's to say you haven't? As long as your rendezvous are friendly and enjoyable, then, in the words of Steve Perry: "Don't stop believin'." Best part is, you don't have to worry about using protection — other than maybe some sage and white candles. Just in case.