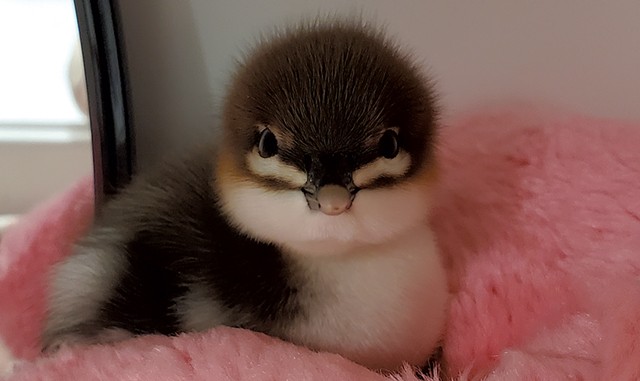 Here's one way to get your cute (but not cuddly) animal fix.

The Vermont Institute of Natural Science in Quechee is seeking volunteers interested in ferrying ailing avians — from petite hummingbirds to awe-inspiring eagles — to its on-site Center for Wild Bird Rehabilitation. There, a team of half a dozen rehabbers nurse injured birds back to health and return them to the wild.

Every year, the center takes in more than 1,000 native birds that have been hit by cars, been attacked by cats or fallen out of nests, according to rehab center director Grae O'Toole. Game wardens, police officers and members of the public in Vermont and New Hampshire call VINS to report injured birds but don't always have time to bring them in.

That's where volunteers matter. The transporter program, which currently has 60 to 70 volunteers from all over the region, has been operating for about two decades, O'Toole said. But trainings for new volunteers were put on hold last winter because of the pandemic. The center is restarting them with a virtual training on February 6.

Driving with an injured bird in the back seat can be a stressful experience for both animal and human. For newbie transporters, O'Toole provides these tips: Put the bird in a warm, dark place such as a covered box or pet carrier. Don't blast the car's heat or air conditioning. Keep the radio off. And get to the rehab center as quickly as possible.

Though carrying or cuddling your bird friend might be tempting, resist those impulses, O'Toole warns. Those behaviors are "extremely stressful for them."

Transporters are often quite invested in the birds they bring in and call VINS to follow up on their status, O'Toole said. Though some end up being too injured to save and must be euthanized, many recover.

Birds' bones are filled with air, which helps fractures heal within days or weeks, according to O'Toole. She's also seen impressive comebacks from severe head trauma after "a couple of days of some medications and rest."

"It's very rewarding when we are able to release any of the patients that we get," O'Toole added, "and actually seeing that what we're doing is helping."