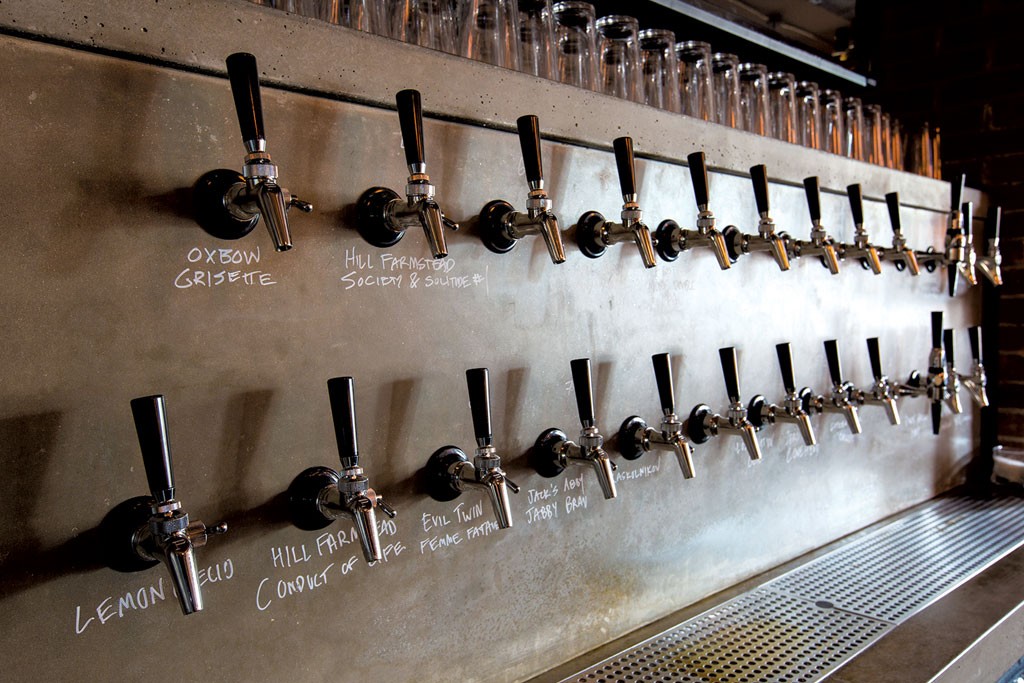 Last December, Seven Days spoke with Gabriel Firman as he set out to build a casual dining experience in Richmond. Firman, armed with a dozen years of restaurant experience in Chicago, and Portland, Ore., hoped to open Hatchet Tap and Table back in March. But he soon realized the former Bridge Street Café space at 30 Bridge Street needed a complete makeover. "Once we started to peel back the walls of a 100-year-old building, it was sort of an unknown," Firman says.

Seven months of construction later, the new pub welcomed the Richmond community on Monday, July 13. Firman had already debuted a creemee window on the Fourth — a holdover from the former café, with maple ice cream from Kingdom Creamery of Vermont and candied bacon sprinkles alongside the standard fixings.

The pub's dinner menu reveals Firman's commitment to local ingredients; he sources his meats and vegetables from nearby farms. In the kitchen, executive chef Jeremy Silansky (formerly of Mule Bar in Winooski) and sous chef Jared Morin turn out everything from fish sandwiches and lobster rolls (with seafood from Wood Mountain Fish) to burgers and dogs. As for the buns for those burgers and dogs, Firman takes local sourcing to the next level and gets his brioches from Sweet Simone's next door. The menu also offers a handful of entrées, including a housemade potato-and-cheese pierogi sided with local snap peas.

Behind the bar, most of Hatchet's 24 taps pour hard-to-find craft beers. Local brews from Hill Farmstead Brewery flow alongside suds from regional breweries such as Jack's Abby Brewing in Framingham, Mass.; Oxbow Brewing in Newcastle, Maine; and Evil Twin Brewing in Brooklyn, N.Y. "We're looking [to feature] beers that are not available in bottles and cans," says Firman, adding that the bar will also pour collaboration beers. A few spigots are dedicated to wine — two reds and two whites — and hard cider.

Though Hatchet's renovations were serious business, the new restaurant has plenty of quirks. Firman and his team hand-built a long, community-style dining table, which comfortably seats 20, and a full-length, timber-framed shuffleboard table, where bar patrons can compete head to head.

The owner says he also hopes to get bingo nights up and running soon. "Our main focus here is community," Firman says. "[Richmond] is such a tightly knit place and we really needed a place to foster that." The pub serves its owner's needs, too: "I'm sick of driving to Waterbury or Burlington to eat," says Firman, who lives in town. "I don't want to ever leave here."

For the first week, Hatchet will be open from 5 to 10 p.m., with the bar open later on weekends.

Correction 7/16/15: An earlier version of this article misspelled the sous chef's last name — it is Morin, not Moran — and the restaurant is not, in fact, currently offering brunch service.