Has Burlington Abandoned Its "Sister Cities" Around the World? Not Exactly 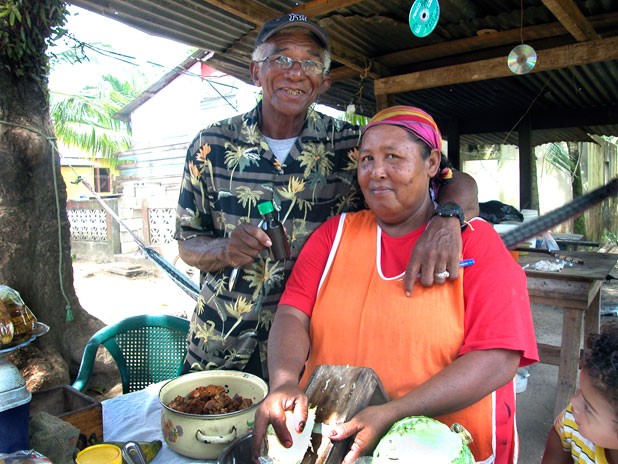 Not too many small U.S. cities can claim to have their own “foreign policy.” But since the 1981 election of Bernie Sanders, Burlington has forged sister-city relationships with Puerto Cabezas in Nicaragua, Yaroslavl in Russia and Bethlehem and Arad in the Middle East. None of these independent diplomacy efforts have resembled the State Department’s under Republican or Democratic administrations.

That’s probably because the three long-running initiatives — in contrast to more recent pairings with communities in Japan and Mississippi — were all forged by local activists expressing passionate dissent from national policies. Twenty-five years after the launch of the first program — with Puerto Cabezas — where do they stand? All three relationships have survived even as ideological crack-ups have shifted the focus from the political to the personal.

“Many people in Burlington have wanted to see for themselves what it was really like in places that were at odds with the U.S. government,” Clavelle says. “When the U.S. supported the Contra war against Nicaragua, people here said, ‘Let’s find out what’s actually happening there.’ The same was true when Ronald Reagan was declaring the Soviet Union ‘the evil empire.’ It was also the case with the Middle East,” where the U.S. has sided, usually uncritically, with Israel.

Burlington, the United States and the countries in which the sister cities are located have all changed over the past quarter-century — radically so, in a couple of cases. Activity levels declined as circumstances changed, here and abroad, and as some original participants dropped out. “There will be cynics who say these things have died, and there have been ebbs and flows,” Clavelle acknowledges. “But on the whole it’s been quite organic.”

Throughout, there has been a strong enough commitment to substantiate Clavelle’s claim that “Burlington may be a small city, but it’s truly a world city.”

Puerto Cabezas, on Nicaragua’s isolated Atlantic Coast, was adopted as a sister city in 1984 as an expression of opposition on the part of local leftists, including Sanders, to the proxy war that the Reagan administration was waging against the country’s Marxist leaders, known as the Sandinistas. Puerto Cabezas was chosen at the suggestion of the Sandinistas, partly because it and Burlington are both situated on large bodies of water.

But the sister-city program proved complex and contentious from its inception. Nicaragua’s Atlantic Coast — populated mainly by non-Spanish-speaking Miskito Indians — was generally unsympathetic or downright hostile to the Sandinista government in the capital city of Managua, which could be reached from Puerto Cabezas only by air. Some Miskitos actually supported the U.S.-armed counterrevolutionary force, known as the Contras, that was fighting from bases in Honduras and Costa Rica to overthrow the Sandinistas.

The sister-city group in Burlington quickly became divided between those who supported the Sandinistas and those who were critical of Sandinista policies toward the indigenous peoples of the Atlantic Coast. “Hours and hours were spent in discussions, debates and fights,” recalls Doreen Kraft, one of the founders of the sister-city program and now the director of Burlington City Arts. “Many of us came to see, though, that supporting one side or the other 100 percent was ridiculous.”

And, just as there were battles on the Burlington side, infighting also raged in Puerto Cabezas over who would control the program. There was much materially at stake for an impoverished community besieged from more than one direction.

The sister-city program’s participants did manage to agree on the urgency of supplying Puerto Cabezas with humanitarian aid. “We were just appalled by what we saw there,” Kraft says in regard to members of a Burlington delegation who visited Nicaragua’s Atlantic Coast in 1984. “It was one of the most horrific scenes any of us had ever experienced: contaminated water, hunger, lack of clothing, no medical supplies.”

The core group of a dozen Burlington activists organized large-scale aid shipments to Puerto Cabezas, with local residents contributing tons of material as well as thousands of dollars. Friendships between Vermonters and Nicaraguans were formed in the process. “It was definitely the political that brought us into it,” says Kraft’s husband, Marvin Fishman, “but it was the personal that over time became more important.”

Those ties helped keep the program intact after the shock of the Sandinistas’ 1990 election defeat. “There was war-weariness in Nicaragua,” Fishman says. “It was understood that if the Sandinistas continued to rule, there would be perpetual antagonism with the United States.”

There was also weariness in Burlington. Many of the original sister-city activists had been burned out by working full-time on the aid project without pay, Kraft says. In 1994, she and Fishman left the program to others to carry on.

Today, only a few of every 100 strollers on the Church Street Marketplace are likely to have some awareness of the Burlington-Puerto Cabezas connection, suggests Dan Higgins, a photographer who has remained active in the program for 20 years. Out of the spotlight, however, the relationship endures, with Vermonters making annual visits to Nicaragua’s indigenous region, which calls itself Bilwi, and with musicians, baseball players and other coastal residents coming to Burlington every now and then.

“It’s done now on a more people-to-people basis,” Higgins says. “The sister-city program really works as a sort of umbrella for whatever interests people have.” Higgins himself, for example, has helped locals learn video skills they now put to use on a daily TV program called “BilwiVision.” A Johnson State College professor has taken students to Puerto Cabezas in recent years, while Charlie Delaney-Megeso, a stone mason of Abenaki descent, returned recently from helping young Miskitos rebuild homes damaged or destroyed by a ferocious hurricane that lashed the coast in 2007.

Delaney-Megeso cheered when a Miskito council of elders announced in April that the region intends to secede from Nicaragua to become the “Communitarian Nation of Mosquitia.” That move prompted the Sandinistas, who returned to power in 2006, to accuse the United States of trouble-making in Nicaragua.

These events could revive the old debates over the conflicting perspectives of leftist revolutionaries and indigenous traditionalists in Burlington, though it seems unlikely, given widespread disillusionment with the Sandinistas’ methods. But Delaney-Megeso, for one, is firmly committed to the cause of Miskito independence, saying the Indians’ plight in Nicaragua “reminds me of what has happened to the Abenaki in Vermont.”

Controversy long dogged Burlington’s Middle East exchange, because it was conceived solely as a relationship with the Palestinian town of Bethlehem on the Israeli-occupied West Bank. Some Jews, as well as other Burlington residents, protested that alignment, prompting an emotional debate over national and cultural identities and leading eventually to a decision also to partner with the Israeli town of Arad.

“It’s a lot less controversial today,” observes Sandy Baird, the program’s vice-chair. “People just got tired of fighting, and we worked to make peace from below in this community as well as in the Middle East.”

The program has changed since its launch, in 1991 — but only for the better, according to chairman Mousa Ishaq. Many of the original members are still involved in what is probably the most active of Burlington’s sister-city projects, Ishaq says. At its monthly meetings, “people inevitably want to discuss politics, and I always beg them to leave the politics until after the meeting,” he explains. “This is impossible of course — except that we do it.”

Burlington’s partnership with Yaroslavl dates from 1989, when the Cold War was still shaping the international outlook of many Americans. True to its progressive perspective, the Sanders administration helped local residents who sought to ease tensions between the United States and Soviet Union by initiating citizen-to-citizen exchanges with a Russian city.

Back then, the relationship with Yaroslavl was seen as a glamorous endeavor, recalls sister-city program leader Howard Seaver. But now that Russia is accessible, the initiative has lost its sexy luster, Seaver says. It carries on, though, despite waning interest on the part of Burlingtonians and the collapse a few years ago of the partner committee in Yaroslavl. A graduate of the Russian city’s university is still admitted annually to UVM’s business-administration master’s program, and Yaroslavl and Burlington musicians conduct occasional jam sessions.

A large delegation from Burlington, including Mayor Bob Kiss, plans to travel there next year for the city’s 1000th anniversary celebrations — which put the “Quad” in perspective.

Burlington has also bonded with Moss Point, a mainly African-American town on Mississippi’s Gulf Coast that was devastated by Hurricane Katrina in 2005. Allen Robinson, director of the Imani Youth & Family Center in the Old North End, has helped lead this effort by raising recovery funds through a Burlington African-American group known as Umeus — “You-me-us,” he clarifies.

A partnership arrangement also exists between Burlington and Nishinomayo, Japan. This little-publicized linkage differs from the others in that it does not receive the $2000 annual stipend Burlington provides to full-fledged sister-city programs. The connection with Nishinomayo is maintained by two nongovernmental groups — Shelburne Farms and the Montpelier-based Institute for Sustainable Communities — that focus on fostering education exchanges with an environmental dimension.

Burlington likewise takes part in a “sister lake” program through which biologists and municipal officials in the Lake Champlain region discuss eco-issues with their counterparts in communities surrounding Lake Ohrid, on the border of Macedonia and Albania, and Lake Toba in Indonesia. Neither receives any Burlington taxpayer dollars.

Doreen Kraft points out that when cities in northern Europe pair up with communities in the developing world, “they typically spend hundreds of thousands of dollars and ensure there’s always someone on the ground in those places.” Kiss agrees that Burlington’s programs would be “better sustained if they received $50,000 a year rather than $10,000.” But he’s not about to ask the city council for more funds.

While he hasn’t yet visited any of Burlington’s sister cities, Kiss says he’s committed to helping all of them remain partners.

As Higgins of the Puerto Cabezas program observes, “Burlington is a city that just likes to have lots of friends.”