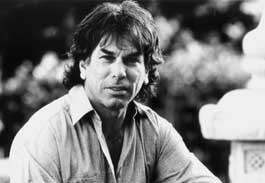 Mickey Hart doesn’t like the term “world music.” “It’s the world’s music,” he declares. “There are only a few musics on the planet that are non-fused. The music trade winds have been blowing since prehistory.”

However you describe them, the signature rhythms of diverse cultures have infused Hart’s 30-year career, from his days with The Grateful Dead through his own percussion-centered ventures, including the 1975 Diga Rhythm Band and Planet Drum, formed in 1991. His current project, an eight-piece ensemble called Bembé Orisha, brings its rich stew of Afro-Cuban-Iranian dance-and-trance rock ’n’ roll to Burlington’s Flynn Center on August 8.

“Music is a journey,” Hart suggests. He doesn’t just mean that a concert can evoke different geographic locations, but also that it should carry the audience across a psychic distance. “The trick,” he says, “is to take someone on a successful journey from the first note to the last note.”

Hart’s own journey began in Brooklyn, where he was born 59 years ago. He spent his childhood absorbing traditional sounds on his mother’s Folkways recordings and listening to 1950s Latin bands like Tito Puente and Machito. After dropping out of high school and doing a stint in the Air Force, he drifted to San Francisco. There, in 1967, he joined the Dead, teaming up with Bill Kreutzman to form the band’s rhythm section. Hart says it was “a very loving, very chemical relationship.”

In those early years, “I was formally taught and [Kreutzman] was seat-of-the-pants,” Hart recalls. “He was a groove drummer. He was like the eye in the hurricane.” While the rest of the band was “chaos,” Kreutzman “was exact and straight in a good way that allowed us to roll around,” he adds. “I ornament it all and he’s the center.”

From the start, Hart’s musical embellishments reflected his continuing interest in Latin, clave and African sounds. “I would sprinkle it in, in some subtle ways and some not-so-subtle,” he explains, citing the influence of those styles in such Grateful Dead standards as “The Other One” and “China Cat.”

Even when he was still playing with the Dead, Hart pursued his fascination with international rhythms through a series of percussion-centered side projects. In Planet Drum, which won a Grammy in 1991, he put together an intercontinental ensemble that included Nigerian drummers, Flora Purim of Brazil and East Indian tabla giant Zakir Hussain. A self-taught ethnomusicologist, he has also produced 17 collections of endangered musical traditions on the Rykodisc label.

Hart has also authored three books about the social, spiritual and somatic power of percussion. Drumming at the Edge of Magic, which describes his encounters with rhythm masters around the world, caught the eye of Senator Harry Reid. In 1991 the Nevada Democrat invited Hart to testify before the Senate Subcommittee on Aging.

“Our bodies are multi-dimensional rhythm machines with everything pulsing in synchrony, from the digestive activity of our intestines to the firing of neurons in the brain,” Hart told the committee. “As we age, however, these rhythms fall out of sync. And then, suddenly, there is no more important… issue than regaining that lost rhythm.”

Hart recommended drumming circles — informal gatherings in which participants tap out rhythms together — to help seniors tone up their internal rhythms and combat social isolation. His testimony led to the formation of the Rhythm for Life Foundation, which researches and promotes music therapy.

This spring, Hart found himself hobnobbing with another U.S. Senator. He joined a delegation of business people brought together by California Senator Barbara Boxer for a fact-finding mission to Cuba. After absorbing the island’s music from a distance for so many years, actually traveling there was a thrill. But the real highlight of the trip for Hart was his meeting with President Castro.

“We spent all night with Fidel, talking until four in the morning,” Hart recalls. “We talked about AIDS, chicken, Confu-cius, Pythagoras, the spirit world, lifting the embargo. We talked about a lot of stuff. It was like eight or nine hours of conversation.” By the time the talk ended, the drummer reports, “We were cross-eyed.”

Epic give-and-take sessions are nothing new to a veteran of The Grateful Dead’s marathon jams and extended drum solos. Bembé Orisha’s concerts may not last as long or travel the same sonic distance as those classic shows, but Hart continues to strive for the perfect musical mix of structure and spontaneity. Bembé “is not just a jam band,” he points out. “There are songs, but also huge places for improvisation. I leave giant holes for people to play out and become an improv band.”

That improvisation ticks to the polyrhythmic pulse of five percussionists and a bass. Hart plays trap drums, thumb piano and balaphon — a wooden xylophone-like instrument from Guinea — and presides over a Random Access Musical Universe, an electronic database containing samples of thousands of percussion-instrument sounds. Cuban Nengue Hernandez, who has sat in with Dizzy Gillespie and mambo king Israel “Cachao” Lopez, works the congas. Bassist Bobby Vega’s credentials include gigs with Sly and the Family Stone, Billy Preston, Paul Butterfield and Santana. Sikiru Adepoju, from Nigeria, plays talking drums, as does Glenys Rogers, a vocalist who has backed up Tracy Chapman and Beck.

The band’s other chanteuse is Azam Ali, who was born in Iran, grew up in India, and sings in a mesmerizing, chant-like style based in classical Persian techniques. She and Middle Eastern percussion specialist Greg Ellis comprise the alternative world-music duo Vas.

Rounding out Bembé is guitarist Barney Doyle, who has recorded with Merl Saunders.

Hart says the group plays “the kind of music that pulls people into trance.” That’s apt terminology for a band whose name — a West African phrase translated as “party of the saints” — suggests the sacred rhythms to which Santeria worshippers feverishly dance themselves into possession by their guardian spirits.

In a much less formalized way, Bembé Orisha — like the Dead at their trippiest — strive for a similarly mind-altering effect. An evening with Bembé is likely to include dizzyingly quick Afro-Cuban beats, the rippling flourishes of an Indian tabla, good-time New Orleans covers like “Iko Iko,” haunting Middle Eastern torch songs and beloved Dead resurrections like “Not Fade Away” or “Fire On the Mountain.”

The ideal concert, Hart suggests, “should reflect some kind of life experience: You get happy, then you get reflective, then you go into some deep groove where different priorities start to emerge, tripping different neurological triggers. You’re trying to change consciousness. All good transformation-based music does that,” he adds. “It doesn’t happen every night, but when it does, it really rings the bell.”