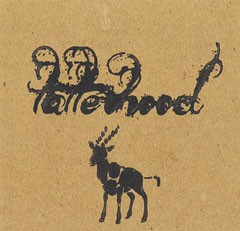 Armed with just an acoustic guitar and a pleasant voice, Burlington-based songwriter Hana Zara might seem to be cut from the same time-honored cloth as countless idealistic coffee-house songwriters before her. Zara may hold high ideals, but as her new album Tatterhood reveals, she is not your average folkie.

Rather than parrot good-intentioned but wearisome messages of unity and transformation, Zara presents herself as something of an antihero on her sophomore record. Hers is a welcome contrarian voice in a genre flooded with pseudo-philosophers. On album opener “Dropout Generation” she intones, “With a peace sign patch and the face of Che Guevara / And your dumb wet dreams of the Greenwich Village era,” before taking her peers to task with, “Spun on dirty speed in the city street pollution. / This is not a revolution.”

Zara’s opening shot across the bow could be dismissed as punkish apathy. Except that the remainder of the record reveals her to be anything but aloof. In fact, it’s fair to surmise her restive nature is born not out of indifference but of profound caring. Moving tunes such as “New World Order,” “Afterlife” and “Lithuania” suggest Zara just sees the world a little differently than most. She’s a deeply sensitive and perceptive writer with a gift for distilling her emotions in a way that is neither trite nor cliché.

Zara’s lone weakness is that her guitar skills are rudimentary at best. She does just enough with her simplistic strumming style to create a foundation for her vocals. But that’s no deal breaker. Folk music history is littered with singers who play guitar mostly to have something to do with their hands while they perform. Zara’s uniquely insightful writing and her expressive delivery make her a musician worth listening to.

Tatterhood closes on the title track, which is based on a children’s story of the same name. An homage to Zara’s father, the tale involves a princess who eschews regal trappings in favor of ragged clothing and rides a goat instead of a horse. As Zara observes in the album’s liner notes, it’s a rare folk tale in which the “heroine is not a refined princess but a wild, barefooted, headstrong girl.”

You could say much the same of Tatterhood. It is a rare folk record in which the heroine, Zara, is out to change the world not through majestic idealism but thoughtful, down-to-earth humility.

Hana Zara releases Tatterhood with a show at Radio Bean in Burlington on Saturday, June 29.