In the 1920s, a University of Vermont medical student named Henry, thoroughly exhausted after taking his final exams, climbed to the attic of Converse Hall and hanged himself. In the near century since, UVM students have reported encounters with Henry's ghost, seeing chairs mysteriously stacked on top of a dining table, shoes lined up across the floor and a lamp flying across the room.

That's just one of the spooky scenarios described in Thea Lewis' Haunted Burlington: Spirits of the Queen City. The 2009 book tells of dozens of haunts, in Burlington and beyond, that have been visited by ghostly spirits. Its cover features that UVM dormitory's foreboding Gothic exterior, which Lewis likens to "an off-kilter nunnery."

In normal years, Lewis — a native Vermonter who released a new book, Lakeview Cemetery of Burlington, Vermont, in September — leads spooky guided walking tours through her company, Queen City Ghostwalk. But this fall, COVID-19 has put a crimp in her plans. Though her offerings are limited, she intends to host both in-person and virtual pop-up events in the weeks before Halloween. Reservations are required. Visit Queen City Ghostwalk's Facebook page for updates.

You could also take your own Halloween-inspired tour of the Green Mountain State by visiting the sites below.

This 32-room, 19th-century estate bills itself as one of Vermont's most haunted places and offers 45-minute historical tours Friday through Sunday. The structure, which boasts 84 stained-glass windows and 13 fireplaces, was built in the 1860s by Vermont doctor John Johnson to impress his aristocratic English wife; it later sold to AM radio pioneer Herbert Lee Wilson, whose family still owns and operates it. The castle has been the target of multiple paranormal investigations over the years, and it offers several spooky overnight events in October. 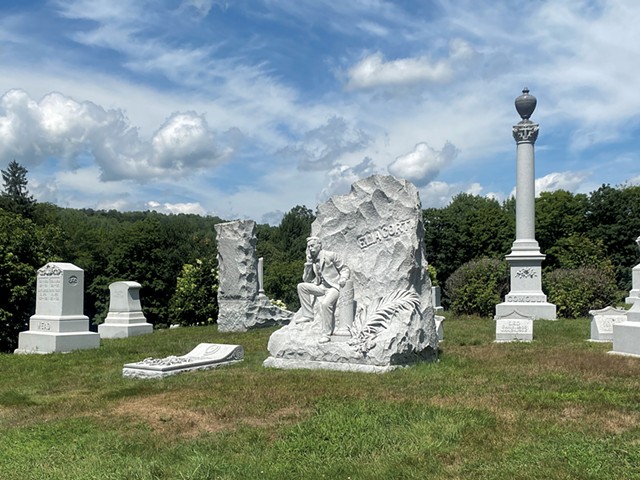 This 65-acre property, opened in 1895, is the final resting place for more than 10,000 souls, many of whom are memorialized with intricate gravestones carved from Barre gray granite mined in local quarries. Sadly, a number of the headstones list a death date of October 1918, when an influenza pandemic infiltrated Vermont and killed some 1,700 people in mere weeks.

Other gravestones feature remarkable statuary, including a soccer ball, a miniature biplane, an armchair and a replica of a race car commemorating local driver Joey Laquerre Jr., who died in a snowmobile accident in 1991 at the age of 28.

One reviewer wrote on Tripadvisor: "While it feels a little strange walking around a cemetery and taking pictures, that's exactly what I did." 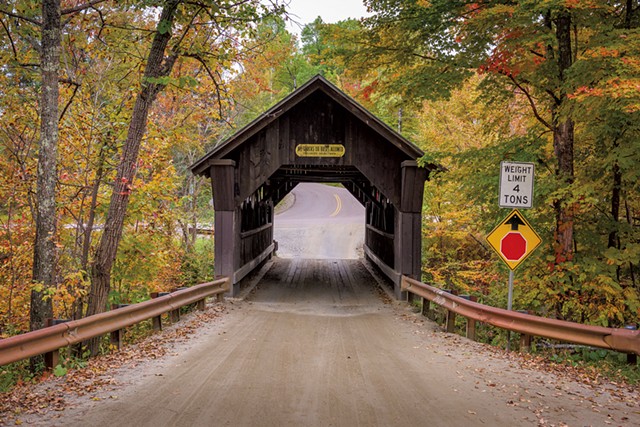 Stowe's single-lane, 50-foot-long covered bridge, built in 1844, goes by a few names: Gold Brook Bridge, Stowe Hollow Bridge and Emily's Bridge. The last references a local legend that the bridge is haunted by the ghost of a young woman who died 100 years ago.

Stories vary; jilted teen Emily is variously thought to have hung herself from the bridge's rafters, jumped off the bridge into the brook below, or perished in a speeding carriage crash after being stood up by the man she was supposed to marry.

Since then, visitors have reported vehicles and horses being mysteriously clawed while crossing the bridge, and ghostly figures, strange lights and orbs have shown up in photographs of it. The site was featured on the Travel Channel's "Most Terrifying Places in America" series in 2018.

Also try: The site of the covered bridge — which is no longer covered — on Chicken Farm Road, East Corinth, featured in the 1988 movie Beetlejuice 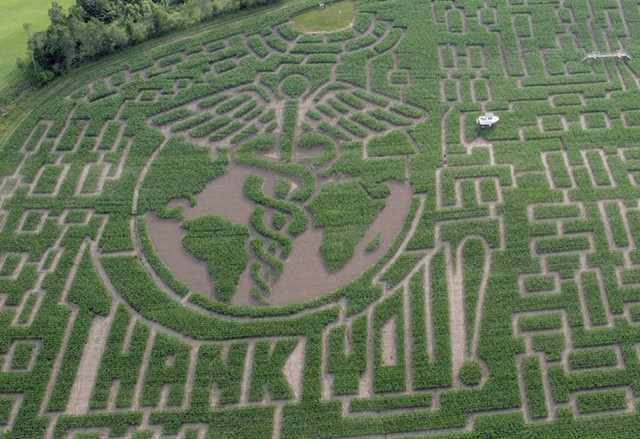 Lined with six- to eight-foot cornstalk walls and featuring 100 feet of bridges, this 24-acre maze is the biggest of its kind in the state. It takes roughly two hours to complete, though there's an emergency exit if you get impossibly lost. Due to the pandemic, advanced online reservations are required to visit.

This year, the maze pays tribute to the frontline workers who have kept communities running since COVID-19 hit. Owners Mike and Dayna Boudreau designed it in the shape of a caduceus symbol — two snakes winding around a winged staff — that's often used to symbolize the medical profession. A shorter scenic maze provides an option for visitors looking for an easier jaunt.

The site hosts Dead North: Farmland of Terror! on October 3, 9 and 10, featuring a mix of animatronics and live, hands-off haunters. A time slot for one to eight people can be purchased for $240. 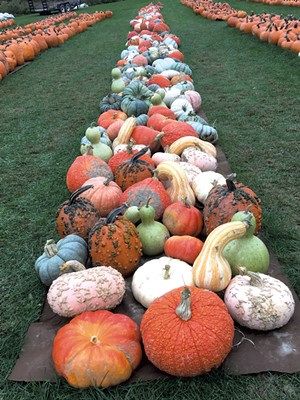 Itching to create your own jack-o'-lantern scares at home? Find gourds, squash and pumpkins of all sizes and shades at Whitcomb's. The six-acre, family-owned farm is open for picking every Wednesday, Friday, Saturday and Sunday. Coronavirus precautions include mandatory face masks and increased width between pumpkin rows. Visitors can also search for checkpoints in a four-acre corn maze, which include fun facts about dairy that assist in a word scramble. 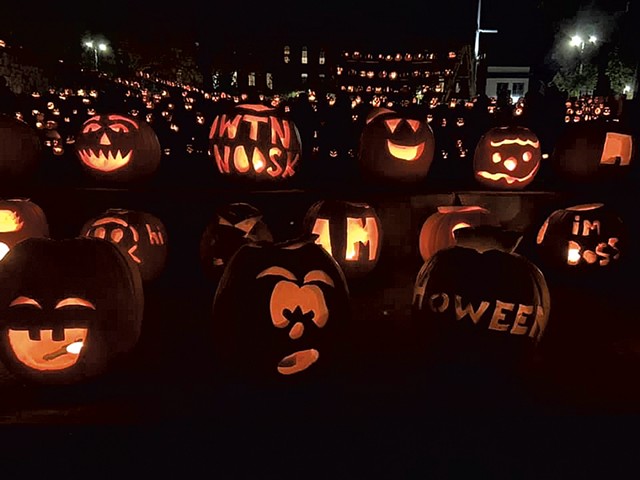 The original print version of this article was headlined "Spirited Away"