Hallelujah! It's Time to Get a Handel on 'Messiah' 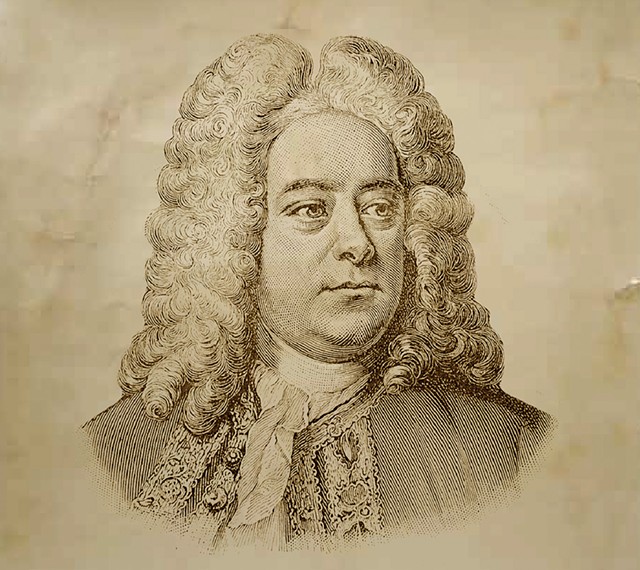 Last week, the Burlington Choral Society had its annual Messiah sing-along, providing scores for Handel's holiday favorite to community members who didn't own one. Similar events have been happening all over the state this month — in nine different towns, according to Vermont Public Radio's online Messiah Watch.

This abundance struck Yutaka Kono and the musicians of the Burlington Chamber Orchestra he conducts. Kono notes that in Texas, his teaching grounds before his move to Vermont, he heard the Messiah almost exclusively in straight-up performances. "In this area," he suggests, "there's more appreciation for music, so a lot of people are able to perform it."

Nonetheless, a non-sing-along Messiah performance is always a pleasure to sit back and listen to, for singers and non-singers alike. That's one reason the BCO wanted to present one, says Kono. It will do so on Sunday in Colchester — the last of only three such Messiah performances in the state this year, following those of the Vermont Philharmonic and Chorus in Montpelier and Barre and the Rutland Area Chorus and Orchestra.

For the BCO's first Messiah, Kono, who also conducts the University of Vermont orchestra, tapped his colleague David Neiweem to conduct. The charismatic UVM choir director and former choral society director will lead 15 BCO musicians and a chorus of 65 that Neiweem assembled for the event. The soloists are soprano Sarah Cullins, mezzo-soprano Erin Grainger, and two former voice students of Neiweem: Bruce Barger, tenor; and Benjamin Dickerson, baritone.

Handel composed the oratorio in 1741 for an Easter performance in Dublin. It's written in three parts pertaining to Jesus' birth, the resurrection and heavenly matters. Nearly 300 years later, performances of the Messiah's Part I, plus the conclusion to Part II — the "Hallelujah Chorus" — have become an ineluctable sign of the holidays.

And, Neiweem adds, the "Hallelujah Chorus" is "iconic."

"It is to music what the leaning tower of Pisa is to architecture, what the 'Mona Lisa' is to painting," he says. That is, everyone knows it — but what they might not know, Neiweem adds, is that it's "just one of the many, many gorgeous parts of the piece."

The BCO performance won't conclude with the chorus, as is typical, but will continue on with selections from Part III.

Audiences are free to stand up for "Hallelujah," per tradition — a nod, supposedly, to King George II rising from his seat at that moment during the London premiere in 1743, thereby forcing all his subjects to stand.* But it's not required, says Neiweem: "I know music snobs who refuse to stand and people who jump up every time."

Handel's work may have endured, too, because it's a very "flexible" piece, Neiweem continues. It can be done "a bunch of different ways" because the conductor wrote several versions of each aria for different voice types. The aria "But Who May Abide the Day of His Coming?," for instance, can be sung by any of the four voice parts. When Neiweem conducts, the baritone will sing it.

Mezzo-soprano soloist Grainger concurs that each performance "can be a whole new experience." A native of Ottawa who lives in Sheldon, she sang her first Messiah at age 15 and has performed in it as a soloist "between 12 and 20 times." ("I used to keep track," Grainger says with a laugh.) On Sunday, however, she'll sing an aria that's typically reserved for the soprano: "How Beautiful Are the Feet."

Grainger, who describes her voice as a "contralto-y mezzo," earned a master's in music at McGill University and moved to Vermont in 2012. While she teaches voice at Johnson State College and sings with Counterpoint, she hasn't yet "gotten [her]self out there" as an opera singer and soloist in the area, she says, partly because she has had two children since the move.

On Sunday, Grainger will perform the Messiah twice, beginning with the Middlebury College community sing-along, conducted by Jeff Rehbach.

Sounding excited about the prospect of a personal double bill, Grainger declares, "The mezzo in the Christmas portion gets a lot of the good stuff. The tenor opens it," she adds, "and then he has to sit there for an hour."

So, of course, does the audience — a pleasure that a large range of people seek out annually.

Correction, December 16, 2015: An earlier version of this story suggested that the wrong king was at the London premiere of the Messiah. It was, in fact, King George II.

The original print version of this article was headlined "Hallelujah, It's Messiah Time"