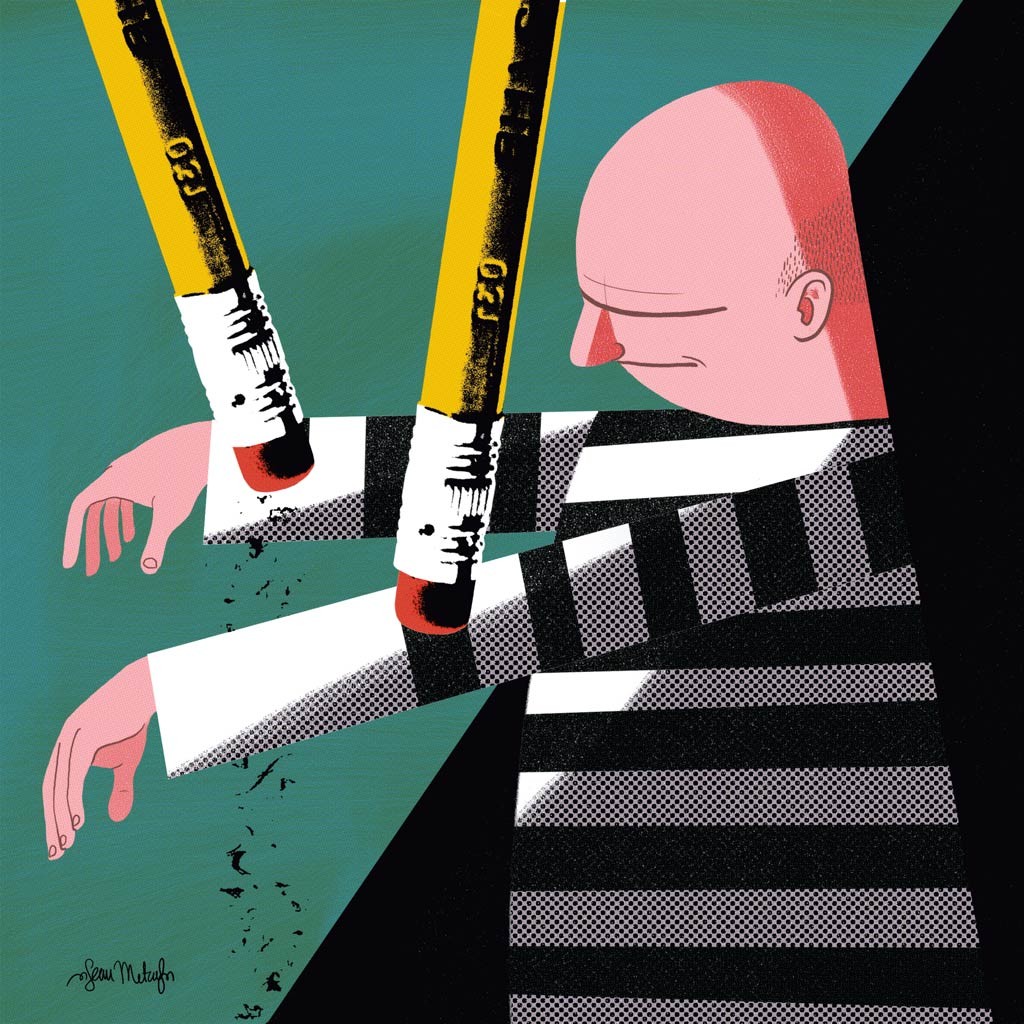 An unusual thing happened last Thursday night inside a fortress-like church on Cherry Street in Burlington: A retired priest stood before an audience at the Cathedral Church of St. Paul and asked the head of a state agency, seated to her right, whether he was willing to make five improvements to how Vermont helps offenders transition to life after prison.

Some questions were straightforward; others, a little more complicated. Will you make sure prisons always use the designated "reentry" checklist when preparing inmates for release? Will you offer better job training in prison and set up a database to direct ex-offenders to housing and jobs?

The man in the hot seat — Secretary of Human Services Doug Racine, whose agency oversees the Department of Corrections — answered an unqualified "yes" to all five.

That's because hedging isn't permitted when Vermont Interfaith Action hosts "actions," during which participants submit to a public interrogation, answering either "yes" or "no" to a series of questions about a thorny issue. Previous actions have addressed homelessness, health care reform and the state budget, among other topics.

The group, a coalition of 12 local congregations, spent a year researching how the Department of Corrections prepares inmates for life beyond bars. Then it recruited three people — Racine, Chittenden County Senator Diane Snelling and Chris Barton, the DOC's restorative systems administrator — to answer for it.

The group's goal was to get the people in charge to agree to improve the "reentry" services for inmates nearing the end of their sentences. Dozens of congregants came out to hear their answers. Members of the mostly middle-aged and older audience sported both kippahs and Roman collars.

Snelling agreed to come but bowed out of the yes-no exercise, explaining, "I'm not accustomed to being told what to do and then told to say yes."

Racine played by the rules.

And Barton, who took the microphone after his boss, glanced at Racine before giving his first response: "If Doug said yes, then I can say yes also."

The questions were well crafted: reasonable enough that it was hard to say "no," but concrete enough to hold officials accountable.

Later, each got three minutes to elaborate. Racine used his time — enforced by white-haired Reverend Catherine Cooke, wielding a red stop sign — to point out that some of his commitments would be contingent on funding.

Racine explained afterward that he felt comfortable acquiescing to VIA's requests because they were, for the most part, "pretty easy." In addition to the checklist and improved case management, the group is asking for more in-prison mentoring and job skills programs, and the expansion of Circles of Support and Accountability, an arrangement where up to five volunteers work with an offender after his or her release.

Another was a suggestion to change the photo IDs issued to released offenders who don't have a driver's license or any other form of identification. According to VIA, the cards are stamped with "Department of Corrections" — a label that offenders are eager to leave behind.

Racine said afterward that he hadn't been aware that inmates felt stigmatized by the IDs until VIA brought it to his attention. He explained that it would be costly to shuttle inmates to the Department of Motor Vehicles to get normal IDs, but that he would ask the DOC to look into possible solutions. "This seems like one of those little things that we should be able to do," he remarked.

Among them was Cochena Davis, 42, who got out last July after 21 months in prison for dealing heroin. She said she chose to "max out" — serve her maximum sentence — because if she'd been let out on probation, she would have had to return to the White River Junction area: "Probation and Parole in Corrections really sucks in this state because they want to send you back where you came from, the same area where you always get in trouble in."

Her decision, according to Davis, made her less of a priority for DOC staff. "They were into helping the people out on probation or parole. They didn't care about me because I was maxing out."

Leigh Steele came over to update Davis on prison news. Steele's a mentoring coordinator for Vermont Works for Women, which offers services inside the Chittenden Regional Correctional Facility — Vermont's only prison for women.

"If you think it wasn't good when you were there, you should be there now," Steele said. "As of today, no more work crew."

"What happened?" asked Davis, before quickly coming to her own conclusion: "Somebody messed up."

No, Steele said, explaining that both work crew supervisors have left for other jobs, and there's no immediate plan to replace them, which leaves inmates with one less opportunity to get job skills.

Despite her frustration with the DOC, Davis has made out OK. She lined up a sober house to stay in when she got out. Vermont Works for Women helped her craft a résumé and cover letters. She landed a job through a temp agency last month and is making metal parts at National Chimney in South Burlington. Davis said she's stayed clean and participates in three different addiction support groups.

Before Racine, Snelling and Barton got the microphone, Davis and two other former inmates told the audience about the people outside the correctional system who've helped them search for work and stay clean — no excuses.

Of course, public officials need to be held accountable, too. Making promises in front of a room full of religious leaders is one thing; making good on them is another. To that end, the group wouldn't let Racine get away without one final request: Come back in six months "so that we may check on the progress of the commitments we've asked for."