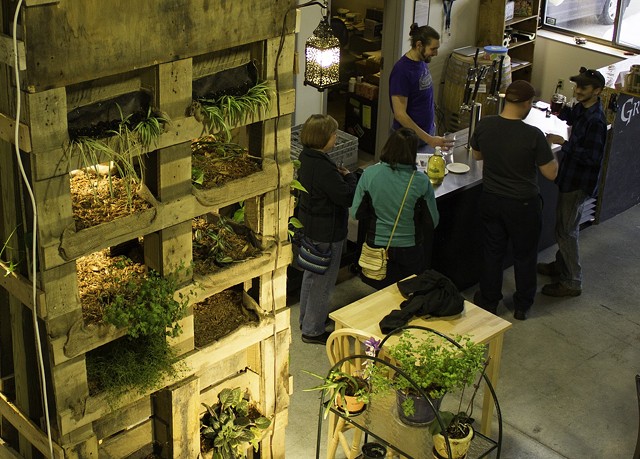 If you've been dreaming of a Viking wedding but couldn't find the right caterer, you're in luck. The ambitious folks at Groennfell Meadery in Colchester — makers of craft meads such as Valkyrie's Choice and the oak-aged Old Wayfarer — are founding a catering company. Thank Odin!

As a culture, "we've lost the ability to feast," posited head meadmaker Ricky Klein. "Nobody was asking for craft mead. We came up with the idea, and the fact that anybody is drinking it is a miracle ... but people were asking for ... glorious occasions that mark [important events]."

Meduseld Catering will offer pickled herring, cheeses, pig roasts and other Scandinavian-inspired fare, along with flagons of mead. In addition to working for hire, the company will host public gatherings at least once a month in state parks and farms all over Vermont, said Klein. He described those events as "cool stuff that will be worth coming out and possibly standing in the rain for." For instance, guests might hike a mile to eat roasted boar atop a mountain.

Back at Colchester's Mead Hall, the tasting room and restaurant that Groennfell runs in partnership with Havoc Mead, the company is using a new production technique to gradually double its craft mead production. Klein and CEO Kelly Klein are planning an even bigger project: a 200-seat event space and a 100-plus-seat restaurant that will, ideally, be built into a hillside and covered in sod. "We have no idea where it's going to be," he said.

Correction, February 16, 2017: An earlier version of this story mistakenly called Groennfell's product "honey wine," which it is not.

The original print version of this article was headlined "Nordic Nosh"