Granola Warfare: A cereal mom pours over the "healthy" options 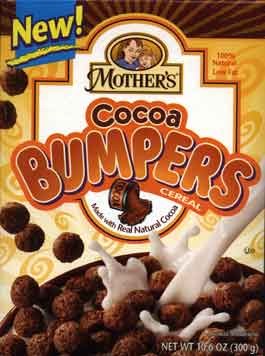 My son is addicted to Froot Loops, and I am his enabler. When Sam was little, we scrupulously monitored his diet, restricting his breakfast sugar intake to the single gram in a recommended serving of Cheerios. But as he grew older, Sam began experimenting with the harder stuff he found at friends’ homes. Pretty soon, he was wheedling the occasional box of junk cereal into my shopping cart. Now he’s 14, and Froot Loops is a perennial presence in our pantry.

I’m not much of a “health-food person.” But you don’t have to be a macrobiotic vegan to feel like you should be feeding your kid something better for breakfast than the hyper-sweet, noxiously fragrant, eye-popping morsels of crunchy “multi-grain” that Sam adores.

Fortunately, for families like ours, it’s a brave new breakfast world. Natural foods retailers like Burlington’s City Market and Healthy Living in South Burlington — and even the cereal aisles of mainstream stores like Price Chopper and Shaw’s — are stocked with a dazzling array of health-food products designed to imitate the kinds of junk cereals that are advertised on kids’ TV programs.

Are these organic alternatives really better for young bodies than Lucky Charms or Cap’n Crunch? Can they possibly pass muster with palates refined enough to discriminate the gastronomic nuances that separate Froot Loops from Trix? And is anyone actually buying these health food varieties?

The answer to the last question is yes. The health-food junk cereal market is a relatively new and rapidly growing niche. For some time now, mainstream cereal makers have been gobbling up granola dollars with trail-mix-type products like Meuslix and Basic 4. Though it’s taken a while for the health-food industry to fight back, in the last few years, more and more natural foods purveyors have adopted mainstream marketing techniques: like appealing directly to kids with slick — or at least, slickish — packaging and gimmicky names like Gorilla Munch and Groovy Grahams.

The strategy is working. In recent years, purchases of pre-packed natural and organic breakfast foods have boomed, while sales of conventional cereals have gone the other way, elbowed off American tables by other a.m. breakfast choices like bagels and croissants.

Industry insiders call the rise in organic junk cereals a sign that the health food industry is maturing. But that’s not all that’s going on. In a society that once simply assumed father — and mother — knew best, we grown-ups are showing ourselves increasingly unwilling to exercise parental authority, and ever more likely to let our offspring call the shots. And set the menu.

The day I visited City Market, I witnessed a classic whine-off between a mother and her preschool-aged daughter. The little girl had her mitts on a box of Frosted Flakes. Mom was frantically reading off the sugar contents on box after box of organic cereal, trying to cajole the stubborn child into agreeing to try a health food variety.

Kids’ health-food junk cereals let us adults appease our temperamental little darlings while assuaging our guilt about filling them up with a lot of unhealthy crap. The only catch is finding a brand Mikey likes.

In the hunt for a health food cereal that might appeal to my son, the obvious starting point was a product that most closely mimicked his beloved Froot Loops. Barbara’s Bakery puts out a Froot Loops knock-off called Fruity Punch. New Organic offers Richard Scarry Fruit Os — part of a new line that cashes in on the appeal of the popular children’s author who created the endearing Lowly Worm.

We tried a third variety: New Morning’s Fruit-e-o’s. Like Kellogg’s Froot Loops, Fruit-e-o’s are little rings that are multi-grain, multi-colored and fruit-flavored. One cup of either Froot Loops or Fruit-e-o’s provides 120 calories and contains just one gram of fat. Like Froot Loops, the Fruit-e-o’s box shows an enlarged photograph of the cereal juxtaposed with a predominantly blue cartoon animal. But that’s where the comparison ends.

Like most conventional cereals these days, Froot Loops is sprayed with enough nutritional supplements to provide, among other things, 25 percent of your daily recommended intake of Vitamins C, D, B6 and B12. Fruit-e-o’s can’t match that claim. But with half the sodium and less than one-third the sugar, the health food option is probably still better for you than the conventional version of the cereal.

That good nutrition doesn’t come without a price, though. Fruit-e-o’s costs almost twice as much as Froot Loops. The organic cereal’s vegetable-colored tones literally pale beside Froot Loops’ neon spectrum. And without all that tongue-teasing sugar and salt, Fruit-e-o’s taste lacks punch.

“These are not the same,” Sam pronounced before he’d even spooned up his first bite. After munching through a quarter bowlful, the highest praise he could muster was, “Actually, these are not horrible.”

His older sister Sophie was less charitable. “These are disgusting,” she corrected him. “Like Froot Loops gone horribly banana.”

First introduced by New Morning in 1986, Fruit-e-o’s claims to be the original health-food version of a conventional children’s cereal. Two years ago, when organic foods conglomerate U.S. Mills acquired New Morning, the Fruit-e-o’s box got a more contemporary look. The Froot Loops package currently comes emblazoned with an image of Spider-man and the enticement of a free PlayStation game. Not to be outdone, the health food competition’s (recycled!) cardboard carton gamely offers — for $10 — a 100-percent organic T-shirt with a portrait of “Super Cat,” Fruit-e-o’s friendly feline mascot.

Organic junk cereal is a natural outgrowth of the baby health food, which, according to market analysts, appeals to new parents because they see their infant’s little bodies as “clean slates.” The challenge for health food purveyors is to retain these consumers as customers once their kids have outgrown whipped squash and mashed bananas. With families of school-aged kids accounting for the largest sector of the $9 billion breakfast cereal industry, organic junk cereal is one answer to that challenge.

Not all organic kids’ cereal companies are part of natural foods conglomerates. Some are owned by conventional cereal makers. The health food brand Kashi is a subsidiary of Kellogg’s, and Quaker Oats puts out a natural foods line called Mother’s, whose motto is “Every day is Mother’s Day.” The Mother’s website features a kid who could easily be Sam’s classmate shouting, “Finally, a natural cereal that tastes better than its box!” The Mother’s variety we tried — Cocoa Bumpers — did taste a lot more chocolaty than cardboard. But the pale brown orbs reminded Sophie of dog food. And Sam was disappointed that they didn’t turn his milk as brown as Cocoa Krispies do.

The most surprising cereal we sampled was Peanut Butter Puffins, made by Barbara’s Bakery — an independent California company. I chose them for their alliterative name, and because eating peanut butter with milk for breakfast struck my entire family as delightfully obscene. In spite of initial reservations, as my research progressed, I found myself fressing fistfuls of these crunchy puffed-corn pillows straight from the box. I just couldn’t get enough of their salty hint of peanut butter. But I wouldn’t want to face it first thing in the morning.

My kids’ top choice was Gorilla Munch, an innocuous, Kix-like concoction. Gorilla Munch is produced by Nature’s Path, a Canadian company that’s the fastest-growing — and possibly the most self-righteous — health food cereal manufacturer on the continent. The cereal is part of the “Envirokidz” line introduced two years ago. Other varieties include Koala Crisp, Orangutan-O’s, Amazon Frosted Flakes and Peanut Butter Panda Puffs.

Though Gorilla Munch tastes almost identical to Kix, the natural foods cereal has three times as much sugar as a brand that doesn’t call itself a health food. But the Kix box’s claim to be “kid tested, mother-approved” doesn’t begin to approach the propaganda in which Nature’s Path packages its Envirokidz products.

While feeding on their Gorilla Munch, “Evirokidz” and their enviro-parents can read the gospel on the plight of endangered species and the promise of organic farming. They can be reassured that the cereal they’re eating is free of gluten, chemicals and preservatives, that it involves no irradiation, and that it’s “not genetically engineered.” The box remains mute, however, about whether or not any nuclear devices were detonated, or human subjects tortured, in the preparation of this morning comestible.

If customers are concerned about their cereal’s cosmic credentials, they need only visit the Nature’s Path website. One page offers, for five Nature’s Path box tops, a CD of an organic farmer’s songs in praise of the land. At another part of the site, browsers can download, free of charge, excerpts from a diary that company founder Arran Stephens kept during a spiritual trek through India. The site humbly compares its CEO’s writing to Paramahansa Yoganada’s classic Autobiography of a Yogi.

For parents who want to lace their children’s morning meal with political correctness, Peanut Butter Puffins and Gorilla Munch are better bets than Frankenberry, say, or even Star Wars Episode II cereal. There are also plenty of legitimate health reasons for choosing health food cereals. For folks who are managing diabetes or wheat allergies, products like Fruit-e-o’s are a godsend.

But I gotta admit I miss the good old days when breakfast foods knew their place — when virtuous victuals tasted appropriately lousy and sneaking sugar-sweetened cereals was a satisfying, unadulterated sin. Consider- ing the alternative addictions that might appeal to 14-year-olds, I think I’ll let Sam stick with his Froot Loops.