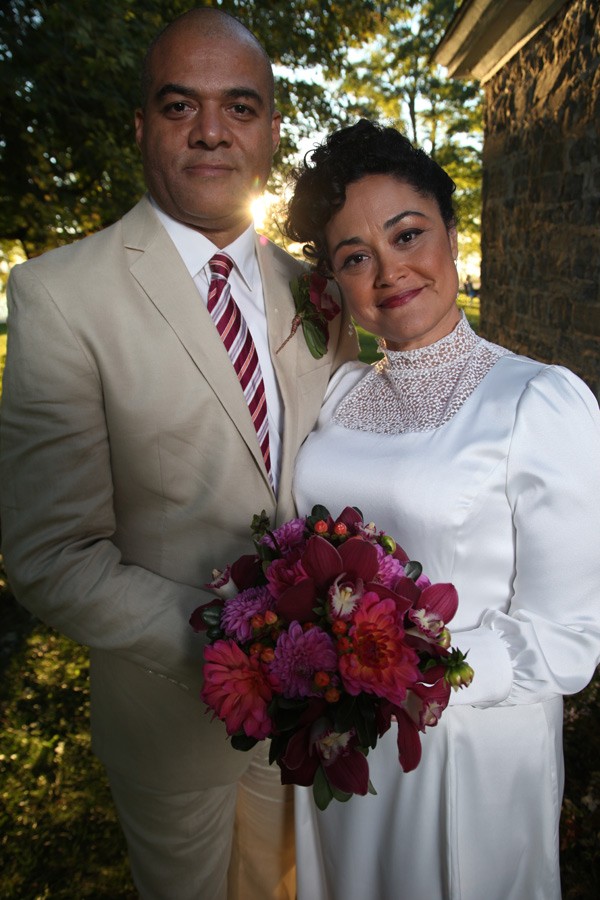 Melanie Maria Goodreaux and Tim Fielder were united in marriage on Saturday, September 28, 2013, at the Fisk Farm in Isle La Motte. The wedding was officiated by Reverend M. Moretti, Universal Life Minister.

The bride is the daughter of Mrs. Carmelite Goodreaux and the late Mr. Sidney Goodreaux, and the groom is the son of Mr. Arthur Jafa Fielder and Mrs. Rowena Young Fielder of Atlanta, GA.

Beyond the beauty of an autumn day at Fisk Farm, the occasion was personalized and homespun by the contributions of all guests who gathered. Guests traveled from Oregon, Georgia, California, New York City, Lousiana and as far as the Basque Country to attend. Guests enjoyed kite-flying, fireworks, a trumpet and New Orleans Second Line, and fire-lit lanterns that drifted away into the stars. The couple also had their marriage blessed during Catholic Mass the following morning at St. Anne's Shrine by Fr. Michael Cronoghue, and they were featured in the Vows Videos of the New York Times on the day they married.