Good Vibrations: Dartmouth Presents In the Next Room 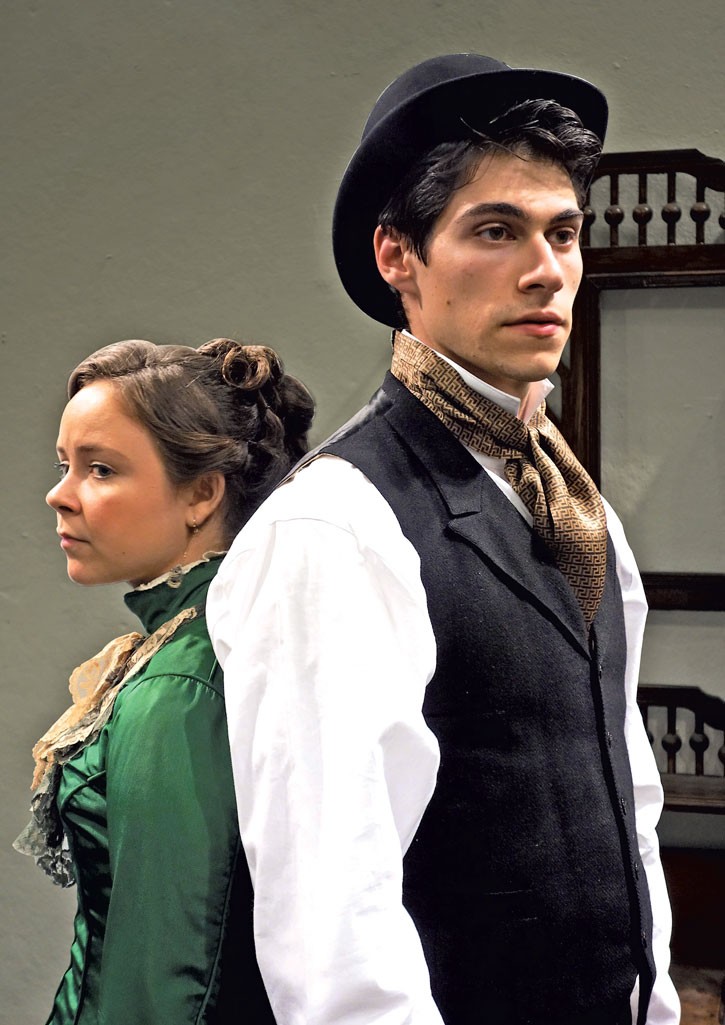 Set against the backdrop of "a preposterous spa town" just outside New York, Ruhl's play takes viewers into the "operating theater" — euphemistically called "the next room" — of Dr. Givings, a late-19th-century physician. It was the dawn of a new era: The Civil War had recently ended, the advent of electricity was transforming American households, and the medical profession was in a tizzy over a new, electrically powered cure for "hysteria." That catchall diagnosis was bestowed on men and women experiencing fatigue, anxiety and other symptoms.

"It has that Ruhl magic that shows you what theater is capable of doing," Horton says of the play. "The question about the divorce between sexuality or sexual experience and relationships is striking. It's not that it's a new discovery or anything, but the beauty through which she discovers it is really exceptional."

In those days, as Horton notes, vibrators were medical instruments, not sexual playthings. They were sold in the Sears catalog alongside other household appliances. In fact, vibrators were just the fifth electrically powered apparatus to hit American stores. The characters in Ruhl's play interact with the device accordingly.

For them, an orgasm is a "paroxysm." In her stage directions, the playwright instructs directors and actors: "There is no cliché of how women are supposed to orgasm, no idea in their heads of how they are supposed to sound."

In one scene, Dr. Givings' wife, Catherine, and his patient, Mrs. Daldry, swap notes on their experience during treatment. They are startled by a wet nurse's suggestion that their "symptoms" sound like the feelings some women have while in bed with their husbands.

Horton says those conversations of shared uncertainty and self-discovery drive the play and continue to make it relevant. What lingers is the novelty of the characters' gradual recognition of dysfunctional relationships, not the novelty of a new sex toy. "This play is about women's sexual self-discovery," Horton says, "and the journey toward relationships that marry love and shared sexual experience." Audiences of any era can learn from that.