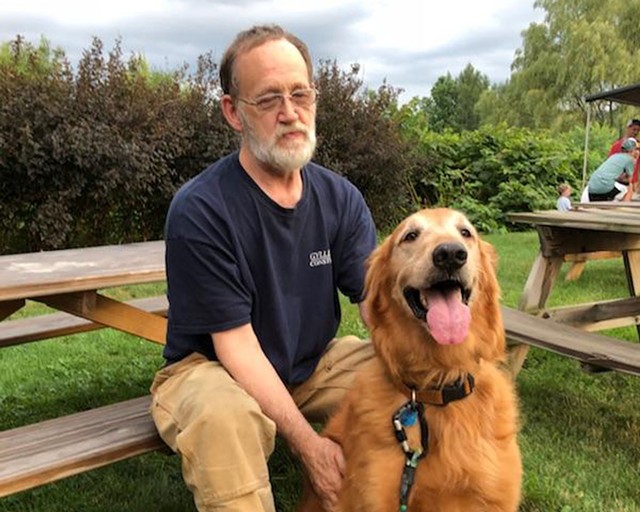 Catching Murphy, an ebook about a golden retriever who achieved Vermont fame after 559 days on the lam, has debuted on Amazon.

"One of the fun things about my line of work is, when you do or see something interesting, you get to tell the world about it," said Ring.

Murphy led people on an 18-month chase through the Mad River Valley after he bolted from a crashed car in June 2014. Months after the crash, Murphy showed up in Ring's Waterbury backyard. The reporter began leaving food out to lure the dog until he was finally captured in January 2016.

"I can't imagine what it would be like knowing your dog is out there in the wild, never knowing if the animal will be coming back home where they belong," said Ring, a dog owner.

Murphy's human, Ed Hamel of Morrisville, said Murphy reverted back to his old self upon returning home. He kept Murphy on a tight leash, literally, for three months but has since grown to trust that the dog has no desire to run away.

Writing a book was the last thing on Ring's mind when he began searching for Murphy.

"But throughout the whole thing — I was at it for 13 months trying to catch him and corral him — I'd tell people about what I was doing, and they'd say, 'You need to write a book about this,'" he explained.

Ring celebrated the book's release with Murphy's family earlier this month. He said the dog, now 7, has gone gray around the face and put on weight since they last saw each other.

"I would like to think that he recognized me," said Ring.