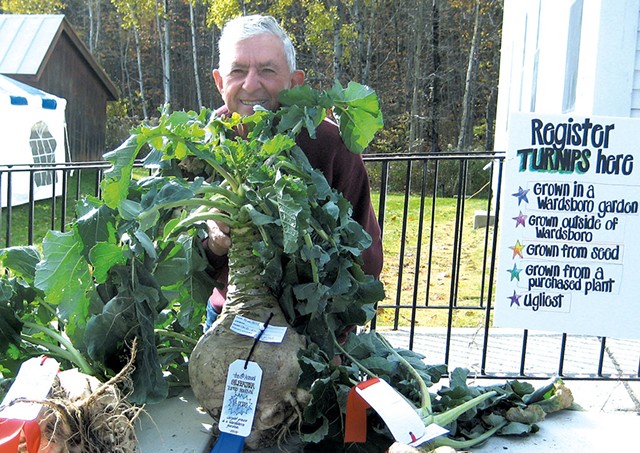 Last week, the legislature voted to designate the Gilfeather turnip the Vermont state vegetable after two years of advocacy by students at Wardsboro Elementary School. They were supported by a devoted group of parents, teachers and locals.

Fourth, fifth and sixth graders promoted the turnip as part of their school civics curriculum, making four field trips to the Vermont Statehouse. They testified before the House agriculture committee. They gave presentations. And, on April 29, they won statewide recognition for their hometown root vegetable.

So, what's a Gilfeather turnip? It's a sweet-tasting, ungainly cross between a turnip and a rutabaga, originally grown by Wardsboro farmer John Gilfeather in the early 1900s. Like many brassicas, it's a cool-weather crop that gets sweeter after a hard frost as the plant concentrates sugars in the root in an effort to survive the coming winter.

The knobby, outsize roots can grow to the size of a human head or larger, and they've inspired songs and books. Friends of the Wardsboro Library has self-published three editions of the Gilfeather Turnip Cookbook, which contains 137 recipes using the root.

Since 2002, Wardsboro has hosted the annual Gilfeather Turnip Festival in late October. Visitors can sample Gilfeather turnip soups, mashes and other dishes at the town hall-cum-"Turnip Café," and local growers compete for titles such as Largest Turnip and Ugliest Turnip.

Intrigued? This year's festival is on Saturday, October 22 — rain or shine.

The original print version of this article was headlined "Taking Root"