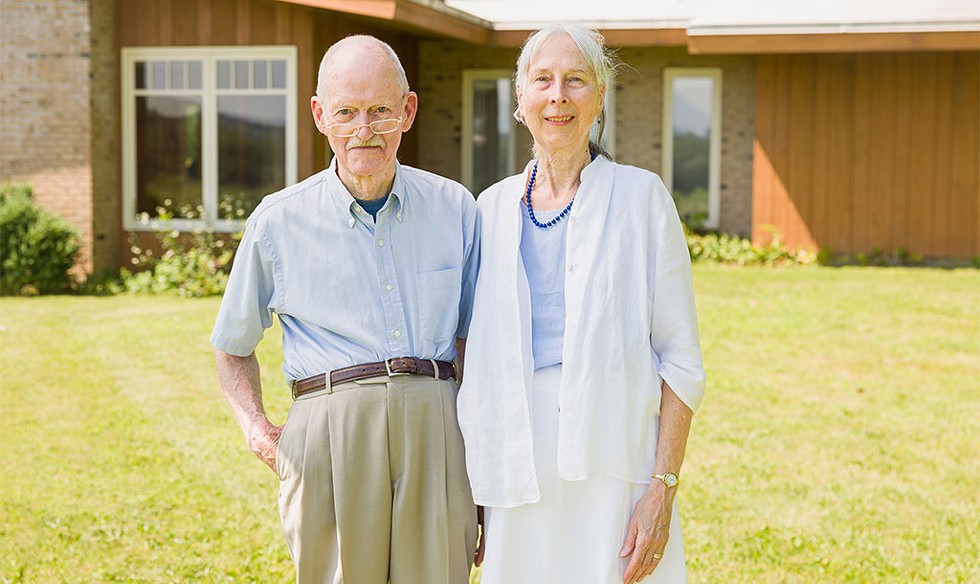 Feeling stressed out, burned out, irritable and anxious? Dr. Edwards Smith has a prescription for you: Try Transcendental Meditation. The twice-daily meditation technique has been shown to lower blood pressure and stress levels; improve mood, focus and memory; and help practitioners feel more grounded and creative. Introduced in the West in the 1960s by the late Maharishi Mahesh Yogi, TM was popularized by the Beatles. Today, its most notable fans include artists and celebrities like Jerry Seinfeld, Oprah Winfrey, Kendall Jenner and David Lynch.

Dr. Smith isn't a household name, but he's an enthusiastic local TM technique booster; since 2011, he and his wife, Janet, have run the Vermont Transcendental Meditation Center in Williston, which recently moved to a new location on Mountain View Road. They offer TM classes to individuals and businesses, and work with people of all ages and from all walks of life.

Edwards has an unusual and instructive backstory. He first learned about the TM technique in the 1970s after reading an article about it in Scientific American. Smith was no counterculture revolutionary at the time — after graduating from the Virginia Military Institute, he trained to be a doctor at the Johns Hopkins University School of Medicine. He was practicing rheumatology and internal medicine in Newport News, Va., when he decided to give TM a try.

Its effect on his own life convinced him the benefits were real. "Within two weeks of my learning," he said during a phone interview, "the assistants in my office went to my partner and asked why Dr. Smith stopped coming out and blowing his stack several times a day. That was my first inkling about how stressed I was."

After six months of regular meditation, he made some changes in how he spent his time. "The next day, I did 20 percent more work in less time," he recalls. He made other adjustments that upped his output again. "I began to realize that I was not short on time," he said. "I just was not using it creatively."

Daily meditation helped in other ways, too. "Over the course of a year, I lost interest in smoking and drinking alcohol, lowered my blood pressure and lowered my cholesterol, and, most likely, had become a nicer person to work and live with," he said.

Smith also started recommending TM to his patients and saw their improvement, as well. "Over the next 10 years, I had 200 patients learn," he said. "They became the easiest patients in my practice to manage." Many of them reported the same experiences he did. "I was beginning to see that this was the real preventive medicine for which I had been searching all my career," he said.

So Smith sold his medical practice and joined the TM organization full time. "The howls of disapproval from family and friends were deafening, but I persisted anyway," he said. He spent eight years on the faculty of Maharishi International University in Fairfield, Iowa, learning Ayurvedic medicine and becoming a teacher of the TM technique.

Since then, he's taught TM to numerous students who've struggled with depression. After taking up TM, they've shown sustained improvement over time. "I've never seen anything like that in modern medicine," he said.

What does Transcendental Meditation involve? 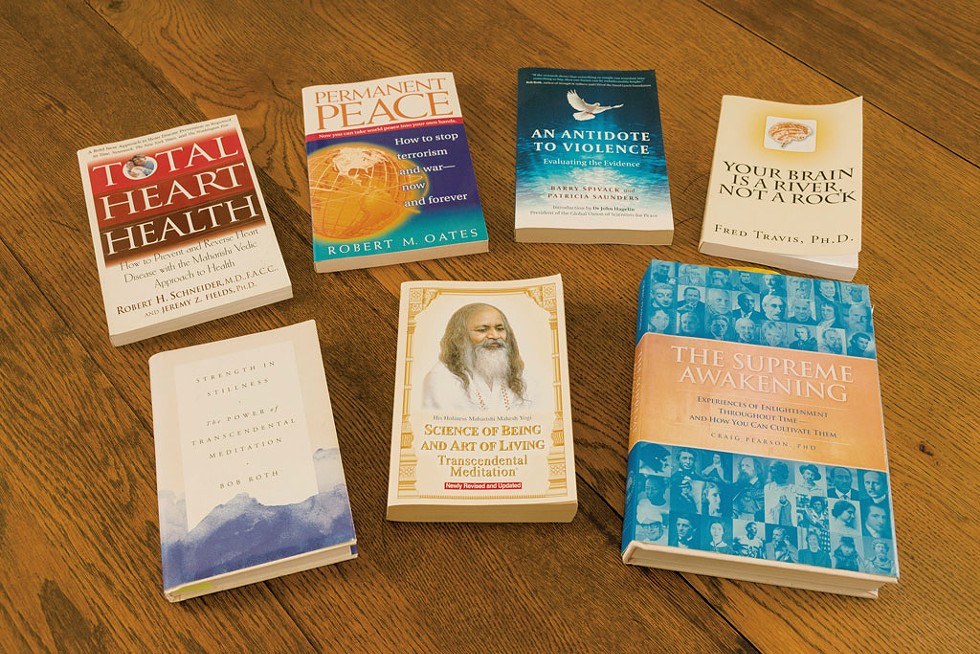 Compared with other wellness activities, TM is pretty straightforward and simple. There are no spongy mats or special clothing to buy, no regular group classes to attend.

Beginners do take four consecutive days of training, which requires a few hours a day of one-on-one interaction with a trained TM teacher. The Smiths point out that they have a sliding-scale fee structure and are committed to helping make it affordable.

During those sessions, the students receive their own individual mantra, something they repeat during their daily meditations. After that, students are on their own if they want to be, though they have access to an international network of TM centers like the Smiths' that can offer resources, check-ins and more training, if desired.

TM practitioners meditate for 20 minutes twice a day. They can do it anywhere they like. There are no prescribed movements or poses, Janet explained: "It's simply a matter of knowing how to allow the mind to easily move inward. Then the benefits show up spontaneously outside of meditation time."

Meditation works for all ages

The method appeals to Brad Coolidge, a filmmaker who grew up in Vermont and moved back with his family during the pandemic. Coolidge says he first heard about TM years ago on the Howard Stern show — Stern is another famous TM fan. But it wasn't until he and his family were here in Vermont, and he saw an advertisement for a family TM class, that he decided to try it.

Coolidge; his wife, Melissa; and three of their four kids took classes with Edwards and Janet and now meditate twice daily. During a family Zoom interview, Brad explained that, unlike other forms of meditation he's tried, there are no requirements to sit straight up and clear your mind. "I would always almost get anxious, thinking of paying attention," he said. "With this, you just sit, close your eyes, remember your mantra. It feels like two minutes have passed, and it's 23 minutes."

Their 13-year-old son, Keiran, used TM during basketball season to prepare for games. "I try to find time before the game in the car to do it, or at school. It does calm me down or takes away anxiety from things," he said. "I will just close my eyes and do it, and it really does help."

His 10-year-old brother, Dylan, does it, too, and it eased him through the transition into a new school. Even one of his teachers noticed a change in him.

Melissa said it's been good for her, as a parent. "It's really easy to be thrown off your center. It's really easy to be triggered, especially by kids or by comments people make," she said. "Since I've been meditating, I can see right through the center of something someone says and see that that's about them and not about me. Also, I notice behavior that normally would have triggered me, and I'm now able to just take a deep breath and move on."

TM can also help people struggling with substance use disorders. Edwards has worked with many TM students who have reported that meditation reduces their impulse to use mind-altering substances.

One of his students, Conor Meagher, came to TM after years of using drugs. He's been in recovery for seven years now. "I've done talk therapy before. It didn't seem to cut it," he said. He found TM four or five years ago and started seeing the benefit immediately. "It's probably one of the most helpful things I've done."

He meditates twice a day — usually once in the morning, before his shift as a restaurant general manager, and once in the evening. "It kind of wipes my slate clean," he said.

Practicing TM doesn't have to be about solving a problem, Edwards and Janet said. It's really about managing attention — spontaneously being able to attend to the things that really matter, instead of focusing on the constant bombardment of information and noise.

Janet compared the mind to an ocean. The surface of the water may be roiled by waves, currents and storms, but it's still and calm down below. TM helps people access that calm, that peaceful place within.

That's the place where good ideas come from, Edwards said. He pointed out that you don't get ideas by sitting at a desk and thinking hard. Ideas come to you when you're in touch with that calm, centered part of your mind. That's why creative people appreciate TM. "This is a technique that gets you to that level," he said.