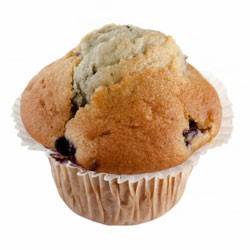 According to Skinny Pancake owner Benjy Adler, he and his staffers have long joked that the crêperie has an alter ego called “The Chubby Muffin.” “I have this fixation on muffins. I just love [them],” Adler admits. But he never thought the goofy name would grace an honest-to-goodness eatery. Sometime in April, it will.

Located at 88 Oak Street in the Old North End, the Muffin will serve dual functions. Staffers will sell the namesake pastries, coffee and ice cream to hungry locals, and the space also will serve as a community kitchen.

“One of our driving motivations for this is that we can exercise our social mission,” Adler explains. “That’s the real fire in our belly for this project.”

How will the Pancake team spread localvore love? Adler says the plan is to “share the kitchen with some nonprofits.” So far, he’s minted an official partnership with New Farms for New Americans and has approached the Vermont Campaign to End Childhood Hunger. The plan is that, during off hours, those groups will have use of the kitchen to create items that can be sold at local stores and markets, or distributed to food-insecure families.

Located just a mile from the Intervale in the heavily trafficked area between Riverside Avenue and Route 127, the Muffin is poised to take in fresh foods for processing and storage. For example, “We’ll have lots of freezer space, so hopefully we can do season extension with berries,” says Adler, who plans to stick the local fruit in “big fat muffins with crusty tops,” as well as in the Pancake’s crêpes.

Asked if we can expect the baked goods — which will incorporate lots of local ingredients — to be as creative as the crêpes, Adler plays it coy. “I’ll leave that up in the air for now,” he says. “You’ll have to come see.”