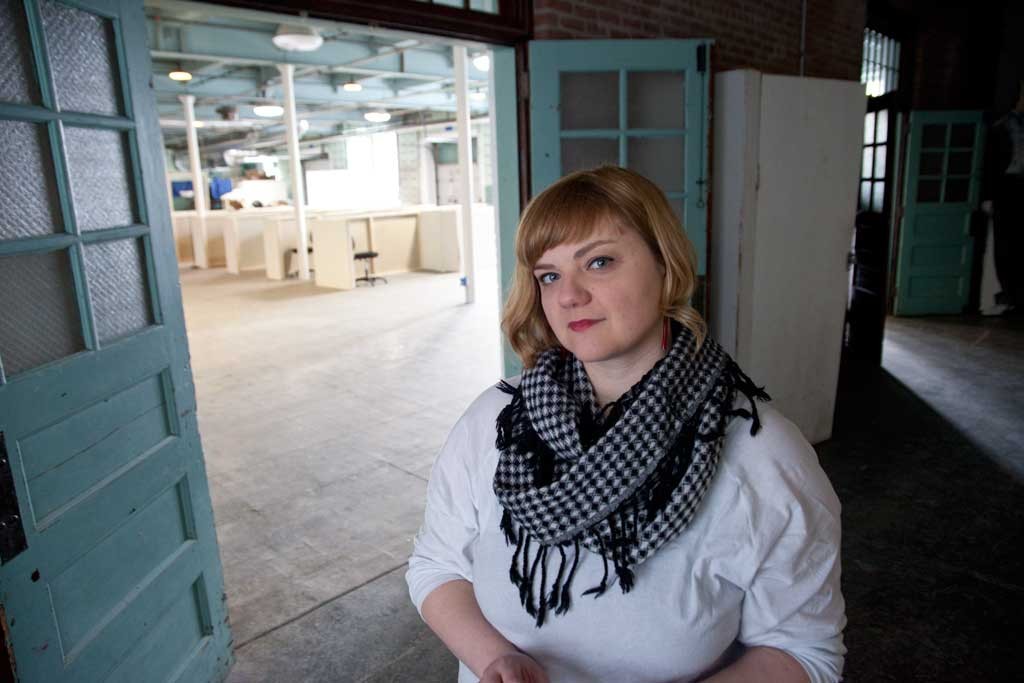 One Saturday in February, eight volunteer builders and painters gathered in Burlington's Memorial Auditorium Annex with a mission: to transform the high-ceilinged, 5,000-square-foot room into the Queen City's first-ever maker space. When the facility, called Generator, opens on March 29, artists, engineers, programmers and tinkerers will have access to studio space, shared tools and classes on topics ranging from jewelry making to 3-D printing.

"Maker" is the generic term for anyone who embraces new technology to create useful or whimsical objects, and maker spaces have popped up around the world in the past several years. Their organizers aim to give creative DIYers access to the latest technology — and to each other's energy and ideas — in the hopes of fostering worthwhile projects. The spaces can serve as business incubators, educational hubs or simply venues for community engagement.

Generator members will pay $50 a month for access to the space and tools, which include big-ticket items such as a 3-D printer, laser cutter and CNC machine, which digitally mills materials. Studios rent for an additional $100 a month. Volunteers who work for four hours each month — as a shop tech, a greeter at the door or a safety officer — get a week's membership free.

Generator executive director Christy Mitchell said she hopes to staff the maker space with "educated personnel who are also engaged." Plus, she said, volunteers "get some ownership over the space. They want to see it thrive."

On that Saturday in February, the volunteers were erecting low walls that will eventually demarcate 12 studios, eight of which have already been reserved. They said they're eager to see Generator — which has been in the works for more than a year — finally come to life.

Bryan Fleming, an information technology specialist at the University of Vermont, was one of the local makers putting in volunteer hours at Generator that day. His specialty? Wearable electronics. He can't wait to get his hands on the maker space's tools so he can create his replica of the Tesseract, the all-powerful glowing cube that appears in The Avengers.

Fleming plans to become a Generator member and is looking forward to using the "larger, more expensive tools, like the laser cutter, that I can't justify buying myself for the three projects I'd use them for," he said. 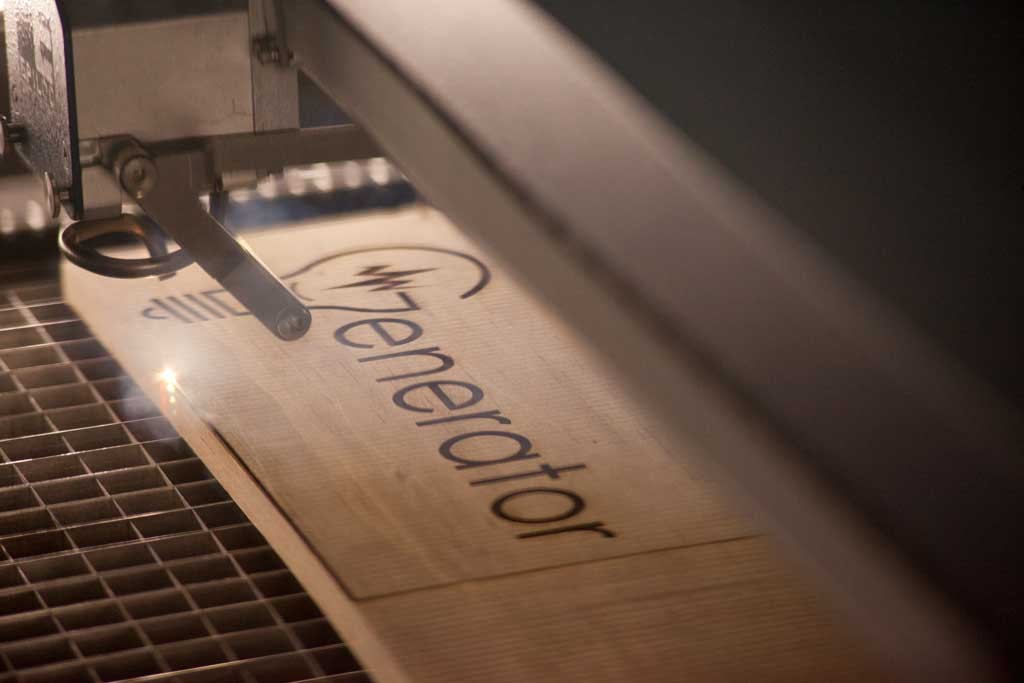 Tim Healey, another volunteer, recently moved to Burlington from New York, where he worked as an engineer. He's interested in exploring Generator's networking possibilities as he looks for a new job.

Access to tools is also a big draw for Healey. "I live in a two-bedroom condo, so I don't have room for this kind of stuff," he said. "And technology is changing so fast that I can't keep up."

Healey considers himself a tinkerer. What kind of projects will he pursue at Generator? "I have a fondue pot where the leg broke off," he said. He imagines using the 3-D printer and modeling software to create a replacement part. "I might put some Celtic designs on it," he added.

Several volunteers present that day were affiliated with Laboratory B, a group of hackers who have been meeting regularly since 2010 in Burlington, holding open hours during which they solve people's tech problems or just indulge their curiosity. Lab B will offer a couple of classes per month at Generator, such as one on basic iPhone and tablet repair, in exchange for use of the space and tools.

Chad Loseby spent the volunteer day painting the walls in the Generator entrance. "We'll see how this is going to jive with what's already happening in Burlington," he said. "But it seems like it's been a great community effort so far."

Loseby is right about the scope. A wide swath of the Burlington community participated in the creation of Generator, including the Parks and Recreation Department, the Community and Economic Development Office, Burlington City Arts, and several local colleges and businesses. Roughly 50 volunteers — or, as chair of the Generator board Michael Metz calls them, "über-interns" — have put in "just an enormous amount of labor." 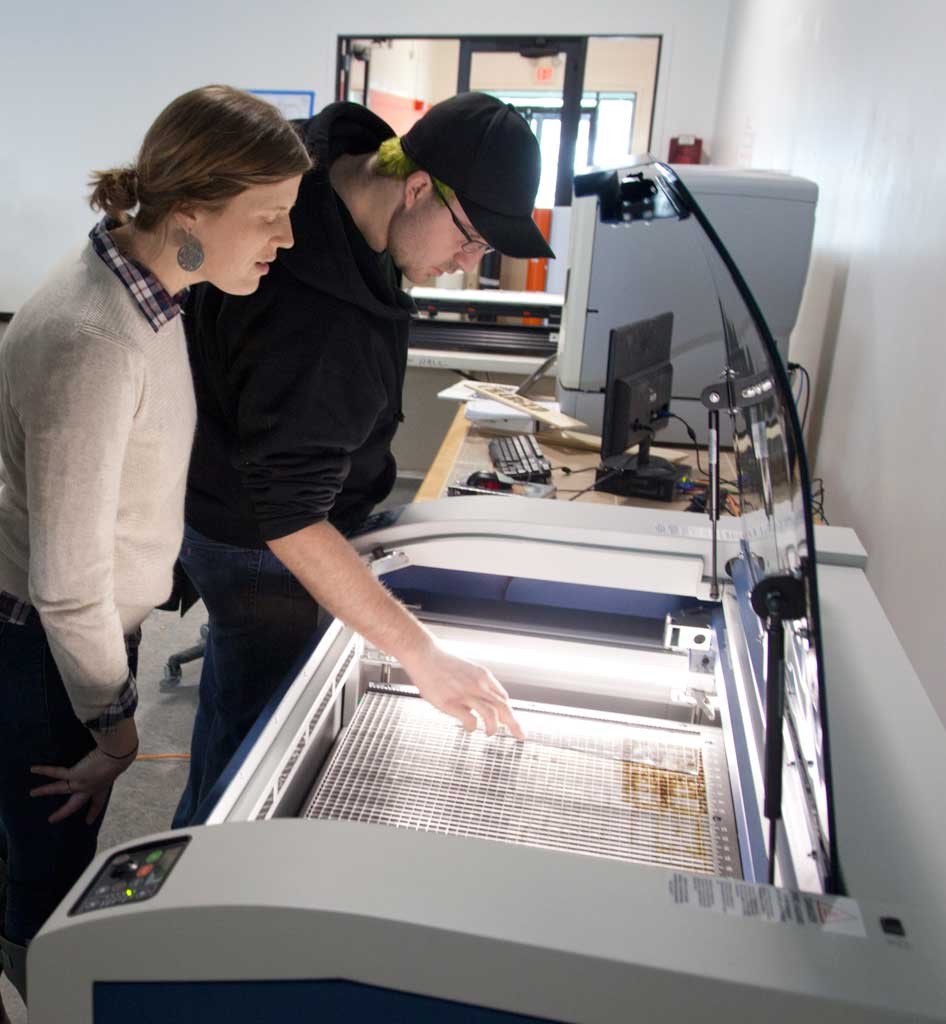 Executive director Mitchell is an artist and entrepreneur who has reclaimed four industrial spaces in Burlington for working artists and oversees more than 30 studios and two galleries, including the S.P.A.C.E. Gallery.

"When I left [the South End Arts and Business Association, as associate director] to focus on building more art studios a couple years ago, all I wanted to do was support artists and artist spaces, and kind of be a creative facilitator, changing these industrial spaces into homes for creative people," Mitchell said.

A decade ago, when Mitchell was a student at the Savannah College of Art and Design, she had access to tools such as 3-D printers. "When I heard there could be a community-access space [in Burlington] for artists to use tools without even having to be in the university setting, I thought, How cool is that?" she said. "It'll give people an opportunity to push what's possible and inspire people to collaborate and learn."

That collaboration has been under way since a few like-minded makers got together more than a year ago to hatch plans for a new maker space.

Metz, a scientist and engineer who is also on the board of the BCA Center and Champlain College, said he started thinking about the possibility of a maker space after BCA's spring 2012 exhibit featuring artist Casey Reas. Reas uses software and a programming language he created to make mesmerizing, minimalist works. Metz was struck by locals' interest in the blending of art and technology.

Then, last year, BCA curated a show called "User Required," which featured collaborations among Vermont makers and artists. It was a hit. "We realized we'd touched on something in the community," Metz said.

At the same time, Metz's son, who was starting engineering school in Massachusetts, tipped his dad off about a thriving, 40,000-square-foot maker space in Somerville called Artisan's Asylum. Metz took some members of the Generator board down to check out the space, "and it impressed us beyond belief," he says.

Before long, CEDO was asking the Generator board to put in a proposal for a maker space, so it did. Initially, the long-defunct Moran Plant was of interest. But the board members knew any project in that space would take years to realize, so they started looking at other options. Eventually, they settled on Memorial Auditorium.

There were setbacks. Generator was supposed to open on February 1, but the Annex needed new electrical work and plumbing, which required unexpected building and zoning permits. Nearly two months later, the permits are in place, and the upgrades have been completed. Generator is ready to go — at least for the next six months.

The city has given the group permission to use the space gratis for at least that long, after which municipal officials will reassess. Mitchell called this the "pop-up period."

"This will be a really great opportunity for us to test out our model and see how everything's working, see what the response is, see how engaged people are," she said. "If it's great, then we'll know, OK, let's get some planning together and go build out an even better space."

The Generator board raised $75,000 to get the maker space off the ground, according to Metz. The group also reeled in $25,000 worth of in-kind donations. Israel Smith, from Smith Buckley Architects, designed the space for free. Burlington College donated 3-D modeling software. Champlain College supplied a 3-D printer, CNC milling machine and laser cutter. UVM gave a computer work station and jewelry-making tools. More equipment came from the Vermont Woodworking School, Burlington Telecom and Logic Supply.

"We are very excited about the maker space," wrote Logic Supply's marketing and recruitment specialist, Lauren Lavallee, in an email. "We think today's Makers, robotics club members, comp-sci majors and the like are tomorrow's engineers, and there's a ton of potential in Vermont. We're supporting Generator to help get the next generation involved in the tech sector and give back to the local community."

BCA will manage all the classes. "This is a whole new adventure for all of us," says BCA education director Melissa Steady. She describes herself as excited about the potential to reach "a whole new audience": not just artists but engineers, inventors and programmers.

BCA has long offered classes in pottery and printmaking in its Memorial Auditorium Annex studio. Now it will venture into some distinctly 21st-century art forms. Classes currently include an introduction to the laser cutter for adults, beginning at the end of March, and an intro to the 3-D printer for adults in early April. Families can sign up for two youth-camp sessions called "Build It Break It Makers," in which kids ages 9 to 11 will learn basic electronics while building "Frankentoys" from old toys and junk.

From Metz's perspective, the new maker space is about much more than sharing tools and teaching new skills. Across the country, organizations like Generator are "changing the competitive disadvantage that the U.S. has in the engineering market," he said.

Manufacturing overseas is becoming more expensive just as rapid-prototyping tools such as 3-D printers are becoming more affordable. This means makers can do a lot more than just tinker these days. Get Vermont makers together in a supportive environment, Metz suggested, and they should be able to funnel their creativity "in a way that creates economic value."

"Burlington has the potential to become a leader in the rapid-prototyping industry," he added. Could the Queen City really become a new kind of industrial hub? With the investment the community has made in Generator, Metz said, "we're creating enough [momentum] around this concept that I think we could distinguish ourselves in the next five or 10 years."

The original print version of this article was headlined "Generator On"