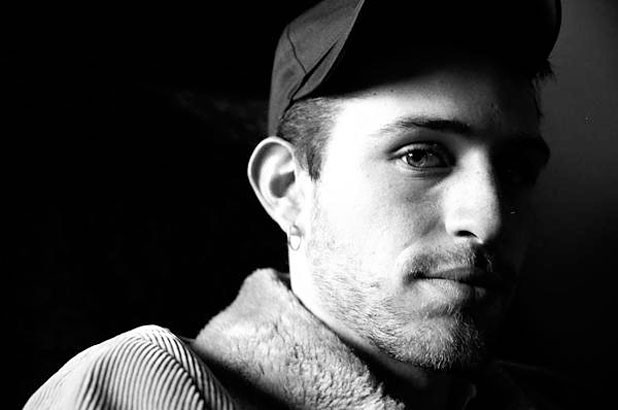 Hot on the heels of the recent Dylan Rhymes show at Club Metronome, Burlington's electronic dance community will once again have cause to dust off their glowsticks. And they can once again thank the industrious lads at Nexus Artist Management. Globe-trotting Nexus founders and DJs Justin Remillard and Chris Pattison have scored yet another coup as this Saturday they welcome "International House Music don" Pete Moss to über-hip hole-in-the-wall, 1/2 Lounge. The evening will commence under the dynamic duo's "Revolver" banner, the ongoing house music series Nexus has been sporting for the last few years. Oh, and the show is free.

For those who don't know, Moss is a legend in the, um, field. His work is practically indispensable for any EDM DJ worth his turntables. His latest effort, a compilation called Deep Rooted, was released on Recline Records has been tearing up the clubs since it dropped earlier this spring. Moss has also launched his own label, Straight Shot Records, enabling him to continue adding to his already prolific volume of releases.

Much like Dylan Rhymes, an artist of Moss' caliber making a free Vermont appearance - not to mention in a venue as intimate as 1/2 Lounge - is nothing short of grand larceny for our nascent EDM scene. So if you see Remillard or Pattison at the show, buy 'em Red Bull and vodka, would you?

This just in from our friends in the Bluegrass Gospel Project: PossumHaw vocalist Colby Crehan has taken the reins from BGP's departed original front woman Patti Casey and will assume lead vocal duties. Can I get an amen?

Casey left the group last year, citing the desire to spend more time with her family and focus on her burgeoning solo career. The BGP subsequently went on a six-month hiatus, quietly re-emerging earlier this summer for a smattering of shows with Crehan at the helm.

But the remainder of the summer has been relatively quiet for the BGP, long regarded as one of the area's finest acoustic outfits. Judging by their upcoming calendar, fans will be excited to know that this fall is shaping up to be much busier.

In the meantime, you can catch Crehan with her own topnotch folky bunch, as PossumHaw have a pair of shows on tap this weekend: Thursday at the soon-to-be-expanded Bee's Knees in Morrisville, and Friday at Carol's Hungry Mind in Middlebury.

I'm sorry to report that Andrew Parker-Renga's Acoustic Lounge Songwriter's Night at Parima will be put on hold following this Thursday's installment with Carol Jones and Burlington-by-way-of-Nashville songwriter Rebecca Correia.

The Thursday night series has been on my ever-expanding to-do list since its inception six months ago - other list items include taking in a show at The Hub in Johnson, finally catching an installment of the monthly Foofarawk series with The Fatal Flaws at Radio Bean, and writing an entire column without digressing. But I digress . . . maybe next week.

APR's contribution to Burlington's singer-songwriter scene has been significant. Though he's been here for little more than a year, he's made his time count, hosting a remarkable array of local and regional tunesmiths during that time. The series has provided something of a cornerstone for up-and-coming talent and notable names alike. It will be missed.

On a brighter note, APR is taking the time off to focus on recording an album in the fall. As of press time, he had yet to decide on a studio. But he promises a slew of guest musicians, including trio mates Ryan Hayes on drums and Pat Melvin on upright bass, as well as his pals from The Grift, among others.

In the meantime, APR has a Nectar's residency slated for every Tuesday in September as part of the club's ongoing, (mostly) local series "Rock Tuesdays." Parker-Renga will employ a rotating cast of characters throughout the month and claims that each week will have a decidedly different feel. Some nights you might hear his signature upbeat folk-rock. Others, you might see some heady electronic loop forays. Sounds good to me. Consider it on my to-do list.

Local rocker and "Jerry Springer Show" guest-star - no, really - CrowfeatheR is playing a free show this Saturday night at Grand Isle State Park. Why so far from town? It might have something to do with a recent email in which he claimed his five-octave voice, 12 strings and fists of fury would scare the pants off everyone in attendance. Just guessing.

242 Main booking guru and leather-clad Amadis guitarist Franky Andreas doesn't usually rattle my chain unless he's got something really big in the works. This Friday he has just that with a hardcore show of bone-rattling proportions featuring Philly quintet Reign Supreme, Pittsburgh's Drought, Florida indie-metal outfit History and local boys I Remember. I'm getting all angst-ridden just thinking about it.

Finally, it simply wouldn't be a Soundbites column without a benny show mention, so listen up. This Thursday, Winooski's Monkey House is hosting a shindig for Intergalactic Taxi drummer Andrew Bedard, who was seriously injured in a recent bicycling accident and is - drum roll, please! - struggling to pay exorbitant health-care bills. Anyone else sensing a theme here? The lineup is pretty swell and includes The Medicinals, Samara Lark, Matt Wright & Willow and Second Agenda front man Andy Lugo, among others. Good luck and godspeed, Andrew.

As several alert readers who apparently never screw up at their jobs were kind enough to point out, last week's spotlight of Heloise and The Savoir Faire contained a boner of mythic proportions - and I ain't talkin' John Holmes . . . ew. In a fit of unbridled brain farting, I erroneously mentioned that the lovely Ms. Heloise Williams was the one-time singer for the late, great local hip-hop funk outfit Belizbeha. She wasn't. And as a fan of that band back in the day, I knew that, I swear. Williams was the sultry-voiced chanteuse of venerated acid-jazz fusion supergroup viperHouse, who were equally great - and now, just as late. My bad.

Fortunately, my writerly foible didn't appear to have had any adverse effect on Heloise or her band. According to Jarrett Berman's review , the show was one for the ages. Somehow, I goofed and the world kept turning. Go figure.