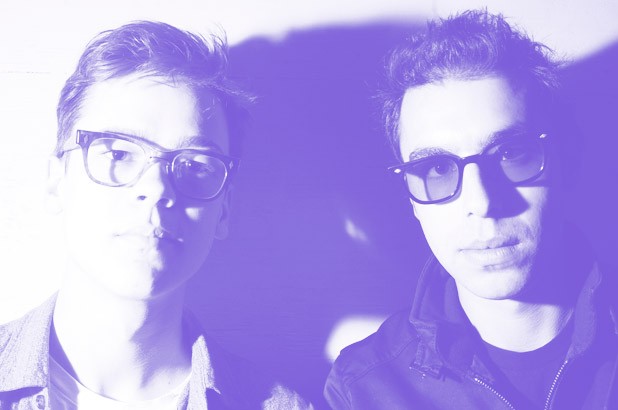 In the spring of 2008, Jared Artaud and Brian MacFadyen met at a bus stop on Shelburne Road, waiting for a bus that never came. That day, they made their first journey together, walking from South Burlington to Burlington and discovering a shared affinity for music along the way. They formed a garage-psych duo and named themselves the Vacant Lots. Since then the pair’s long, strange trip has taken them all over the country and now finds them making their most artistically provocative music to date. The Vacant Lots are, quite simply, one of Burlington’s best bands.

Last summer they toured nationally with Spectrum — psych-rock legend Pete Kember’s band. This month the Vacant Lots released a 7-inch single, “Confused,” on Brooklyn imprint Mexican Summer. The label is currently home to such acclaimed indie acts as Real Estate, Best Coast and the Tallest Man on Earth. In April, the Lots will appear at the prestigious Austin Psych Festival, a three-day showcase curated by the Black Angels. While the Vacant Lots’ recent success suggests they have “arrived,” Artaud and MacFadyen are looking much further down the road.

“It was a chance to take poetry I was writing, and taking rock and roll and the early blues that I was fascinated with, and giving that some form of expression,” he says. “I found rock and roll to be the medium that allowed me to funnel that art through.”

Artaud says he had strong views from the beginning: “I knew the music that I loved, and kept following that thread.”

The Vacant Lots’ influences aren’t difficult to decode. From their earliest recordings, one can trace a direct lineage to 1970s garage rock, punk and psychedelia. In particular, the New York Dolls, Richard Hell and the Voidoids, and Television are identifiable touchstones, as is the Velvet Underground — the inspiration most often cited by rock scribes around the country who are now enamored with the Lots.

“Discovering the Stooges when you’re 15 … that was a revelation for me,” Artaud recalls. “Then, one thing leads to another. Then you start to think, Well, what would it sound like if I did this?”

Artaud, 25, didn’t start playing guitar until he was 18, and still feels like he’s playing catch-up. He suggests the band’s initial prolific streak — three full-length records between January 2009 and February 2010 — was fueled by a sense of always being behind. “I feel like there [is a place] where two lines meet with a vision,” the songwriter continues. “And I’ve never quite been able to line them up.”

Duality is an all-encompassing theme for the Vacant Lots. The idea is sharply reflected in their music, which often contrasts bright wordplay with sinister sounds — or, conversely, bright sounds and sinister wordplay. The Mexican Summer single features two such opposing titles. The A-side cut, “Confusion,” is a dark, droning raga, freckled with fluttering, bubblegum backing harmonies. By comparison, the B-side’s “Cadillac” is almost cheery — glittering psych-pop mottled with a palpable, narcotic unease.

“The music is very mesmerizing, or hypnotizing,” says Artaud. “But it’s really trying to wake people from a trance, to inspire.”

Duality is equally implicit in the band’s makeup as a duo. TVL’s debut offered a less-than-subtle exposition of that concept: The album’s credits list Artaud only as “lightning,” and MacFadyen as “thunder.”

Heavy-handedness aside, the lightning/thunder dynamic is an apt metaphor. Artaud wields his guitar with devastating, yet curiously unpredictable, precision. Meanwhile, MacFadyen, at 17, is a force of nature behind the drum kit. He is the menacing rumble to Artaud’s lithe flash, mirroring the guitarist’s hypnotic lines with long, unchanging patterns, then jolting the music from its somnolent haze with what he calls “rhythmic dissonance.”

“I shape my patterns to interact with the guitar and vocals in the most powerful way possible,” MacFadyen explains.

There are obvious limitations in a duo’s spare setup; two people can only make so much noise. But that, too, is a conscious decision and reflective of the band’s philosophy.

“It’s all part of the experiment,” says Artaud. “The more you give your ideas expression, [the more] you begin to realize what does and doesn’t work.”

Artaud notes that the self-imposed restrictions of a twosome are — perhaps counter intuitively — liberating. Out of necessity, he and MacFadyen have to explore different ways of filling in the space that a bassist or second guitarist otherwise would.

“You’re working within a limitation,” Artaud continues. “So there are certain laws and rules that are set forth that you have to understand before you can break them.”

As an example he cites “Put Your Head on the Floor,” from the band’s debut. Built around a single chord, the song begins to fray, then completely unravels midway through, eviscerated by a grinding guitar solo before it re-forms again at the finish.

“That’s what minimalism is,” says Artaud. “Working within a structure and then destroying it.”

The differing limitations and advantages of live performance and recording represent yet another opportunity for the Lots to explore.

“I love doing one thing in the studio and then something completely different live,” says Artaud. “On records you’re hearing one thing. It’s very layered, especially on Hypnotized,” he says, referring to the band’s most recent full-length. “But when you see it live, it’s, like, Well, how much space can two people fill up? That’s always fascinated me.”

The pair’s live performances have developed into multimedia experiences, a contrast of sight and sound. TVL project images on a screen that reflect, or contradict, their stark sonic aesthetic.

“One of the determining factors in even starting the band was wondering what I wanted to see if I were in the audience,” Artaud explains about the ambitious live act. “The irony is that, when you’re on stage, you never really know what you sound like or look like.”

Artaud and MacFadyen hand-cut the images for their projections with a kaleidoscopic eye, both toward what they like personally and for images that make a particular statement.

“It’s holding a mirror up to the songs,” Artaud suggests. “But it should be ambiguous enough that you can interpret for yourself what it means. There’s a universal mind running through the songs.”

That “universal mind” has likely contributed to the Vacant Lots’ success to this point and bodes well for future endeavors, which include more touring and a new full-length recording, perhaps as early as this spring.

Reflecting upon their journey so far and the road ahead, Artaud offers — not surprisingly — a double-edged viewpoint.

“For all we’ve accomplished, we haven’t really accomplished anything yet,” he says. “There’s a feeling of having a lot and having nothing. And that inspires us.”

He pauses, then submits another idea essential to the Vacant Lots’ ethos: transformation.

“When you get to the next level, you begin shedding things that are no longer needed,” Artaud says. “So, I think our music and our visuals have become more refined than they were even a year ago. And, hopefully, a year from now they’ll be even more refined.”