Every winter, perhaps excluding the last one, visitors from all over the world flock to Vermont for snowy wonderland activities. Whether boarding down a half-pipe, slicing through the backcountry or gliding along a high-elevation cross-country trail, everyone works up an appetite. Three new food options close to — and even on — the slopes show that Vermont offers an equally global menu.

Craving traditional Mexican tacos? How about a Southern-style feast? Or maybe Japanese miso soup and rice balls? Read on for a whole new set of reasons to head to the mountain.

Stowe evokes many images: the village's iconic covered bridge and church spire, an impressive ski-area base lodge, a family of famous Austrian singers. What this quintessential Vermont ski town does not bring to mind are traditional Mexican street tacos.

But since late September, that's what longtime Vermont chef Michael Werneke has been cooking up at Alfie's Wild Ride, a bar, restaurant and music destination in a converted auto shop on the Mountain Road. It is owned by Beth and Chris Oleks, proprietors of the Stowe Public House & Bottle Shop.

Crystal chandeliers hanging from the ceilings elevate the cavernous, concrete-floored space, which otherwise resembles a deluxe home basement hangout. One corner has couches and a large projection screen for sporting events and movies. Shuffleboard, video games and cornhole are sprinkled about.

You'd be seriously in luck if your basement had a chef turning out such excellent versions of regional Mexican tacos. Werneke spent six years cooking in San Diego, during which time he frequently traveled to Mexico. Now he turns out tacos within view of a red velvet curtain-backed stage. "It's sort of open-air, like a street stall" in Mexico, the chef said of his open kitchen. 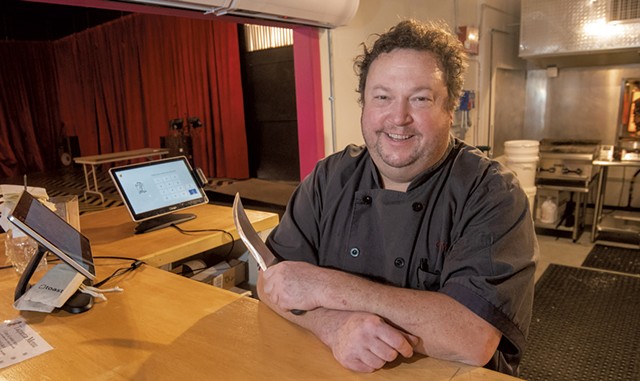 The counter-service menu focuses on classics such as crisply battered Baja-style fish; spicy housemade chorizo sausage mixed with soft potato cubes; and carne al pastor — spit-roasted pork deeply flavored with smoky adobo. Most fillings are served on a pair of corn tortillas, but the rare steak and beans in the Sonoran-style carne asada come on a flour tortilla. Simple toppings include onion, cilantro, shredded cabbage and, in some cases, avocado crema and housemade salsa roja.

The bar has a broad tap and drink list; pair your pour with crunchy chicharrónes — deep-fried pork skin — or try the purist four-ingredient guacamole with just-fried chips. The top-notch daily ceviche, made with the freshest seafood, is drenched with lime and spangled with bits of fresh chile.

His goal is simple: "I just want to do really, really good tacos."

If a midlife crisis took the form of a restaurant, it might look like Gamebird in downtown Ludlow. The brand-new bar, arcade and eatery opens on December 17. Highlights will include a taxidermied moose head, the nostalgic chime of Galaga starship captures, fried chicken and tequila-spiked slush puppies.

To clarify, Gamebird was not born out of crisis. But it does read like an '80s kid's daydream. As co-owner Abby Lechthaler said of her husband, Rogan: "Like a lot of dudes in their forties, he's always been into video games. He grew up playing Mario."

Gamebird is a decided departure from the Lechthalers' other Ludlow restaurant, the Downtown Grocery. The couple opened the fine-dining, farm-to-table destination in 2010; Rogan is the chef, and Abby manages the front of the house. By contrast, Gamebird is "fun, accessible, super casual, family friendly but with a sports-bar vibe," Abby said. She and Rogan expect to draw in locals and visitors to nearby Okemo Mountain Resort. 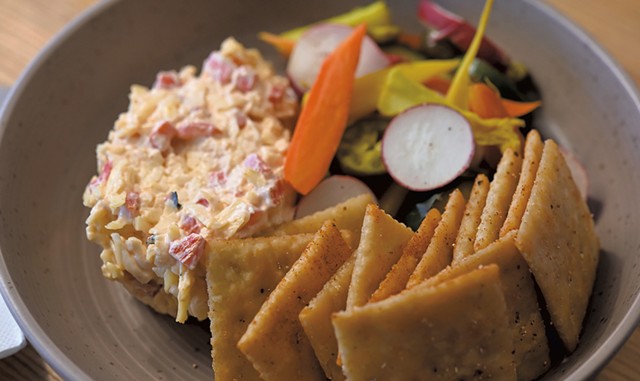 The couple have partnered with chef Weston Nicoll. He most recently spent 18 months cooking in New Orleans, where "I learned a lot about frying chicken," he said. Ironically, the Ludlow native's first culinary job was at the same Main Street address — back when it was Valente's, an old-school Italian restaurant.

The counter-service menu will be playful, Nicoll said, putting modern and local twists on Southern classics. In addition to family-style feasts of sweet tea-brined fried chicken with pickles, deviled eggs, biscuits, smothered greens and grits, there will be a meat-free, carrot-rich Bolognese and fried local quail served with waffles. Snacks will include pimento cheese with Old Bay crackers, curry-battered fried pickles and housemade onion dip with chips. No doubt they'll disappear as fast as Ms. Pac-Man chomping her way to victory.

When Jordan and Momo Antonucci launched their Miso Hungry food truck at Jay Peak Resort in 2014, "We had $2 to our name," Jordan said. Seven years later, the couple can count a little bit more. They now serve food inspired by Momo's native Japan out of one tram, two trucks and, new this year, three trailside huts.

The Antonuccis began their business with ramen bowls and have gradually added rice balls (onigiri in Japanese) to their menu. The two foods fueled the couple during their courtship in Japan, where they pursued a shared passion for snow sports.

This winter, three new Miso toh Kome huts will open at Bolton Valley, Sugarbush's Mount Ellen and Stowe's base lodge. Kome means rice in Japanese. Each hut will serve up steaming bowls of Momo's from-scratch miso soup, made from a mix of white and red miso with caramelized local apples, ginger and other ingredients. Also on the menu: assorted rice balls and canned Japanese coffee.

The rice balls, especially, are perfect for long days in the backcountry, Jordan explained. Warm, seasoned sushi rice is shaped around fillings such as braised and flame-broiled Vermont pork; spicy New England-caught tuna; nuggets of sour plum; braised shiitake with kelp; or marinated, broiled eel. Each triangular rice ball, about the size of a baseball, comes wrapped in a rectangle of dried seaweed.

The rice balls are rich with carbohydrates and protein, sturdy and portable when wrapped in foil, and perfectly suited for eating on the go. "They are the Japanese version of a Clif Bar," Jordan said.

Expanding to new resorts is exciting for both business and personal reasons, he continued. When you have an excuse to get season passes for four different mountains, Jordan said with a laugh, "You've made it."

The original print version of this article was headlined "Snow Snacks"