From the Publisher: Worth the Wait? 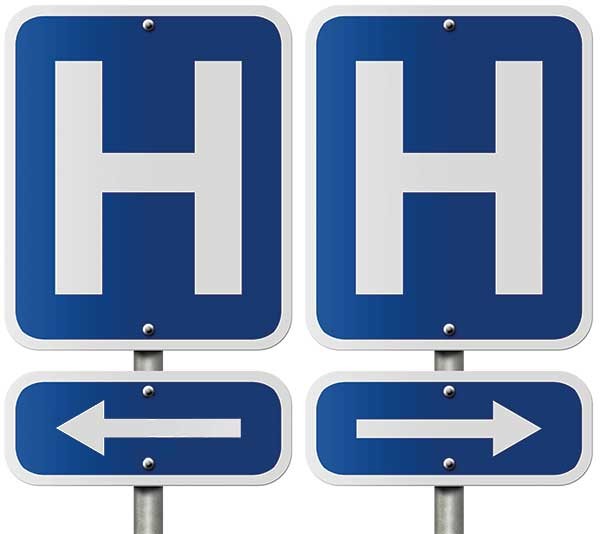 It's no secret that patients often have to wait months to see doctors in certain medical specialties at the University of Vermont Medical Center. The problem is nationwide, and its local manifestation predates the coronavirus pandemic and the computer hack that disabled the hospital last year. Vermont media has covered wait times off and on for years.

What remains a mystery, though, is public information about the length of those delays, some of which now last a year. And the hospital doesn't seem interested in being more transparent.

For the past two months, Seven Days has heard from dozens of readers who have endured all manner of critical medical problems that went undiagnosed and untreated because they could not get in to see a qualified health care professional. Doctors, nurses and staffers also contacted the paper to share their perspectives. Seven Days reporters Colin Flanders and Chelsea Edgar worked all those sources — and more — to write this week's cover story, which tries to explain what ails Vermont's biggest hospital network.

They found serious backups in multiple departments, including radiology; 900 unfilled requests for urology appointments; an average wait time of 175 days to see an ear specialist; and a patient with kidney stones who couldn't get treatment in Burlington and allegedly had no better luck with a request to transfer his medical records to another hospital. All of this results in a system of overworked staffers demoralized because they aren't providing timely care.

"We can't have UVM controlling the portion of the market it controls with 11-month wait times for patients," said Jim Daily, former CEO of Middlebury's Porter Medical Center, which in May 2017 became a part of the UVM network. The hospital's directors have "got to do better," he said.

So do we, the Vermont media. Our coverage this week is a first attempt. The UVM Medical Center and its affiliate hospitals serve as the largest nongovernmental employer in the state and the only source of medical care for a huge number of its citizens. The health of the institution is critical to our collective well-being.

And yet we journalists struggle to report on it, thwarted by patient-confidentiality laws and a hierarchy of well-trained communications staff. Flanders and Edgar had to hound the hospital for weeks to get data on wait times, which the hospital eventually provided in convoluted and incomplete form. Then UVM granted them a 30-minute interview with Medical Center president and COO Dr. Stephen Leffler, who abruptly ended the conversation when the allotted time was up.

We got similar treatment at Dartmouth-Hitchcock, just over the border in New Hampshire. The medical center failed to respond to our reporters' media inquiries for weeks, then canceled an interview, opting instead to release a prepared statement — without ever answering a simple question: Are wait times better at Dartmouth-Hitchcock? If so, why?

These nonprofit organizations are supposed to be accountable to the public, but they're acting like private corporations with something to hide. Instead of being annoyed by our questions, they should be obligated to answer them, fully, to let you — our readers, their patients — know what's going on.

Why should you care? Because sooner or later, you or someone you love will have to go to the hospital with an urgent medical problem. I made the trip in April, with a stroke-like migraine, and learned that I couldn't get a follow-up appointment with a neurologist until February 2022. Writing about the experience in this space generated the personal anecdotes that inform this story — wait-time dramas we simply could not have gotten any other way. Thanks for trusting us with those; I wish we could share them all.

I never named the doctor I was scheduled to see next year: It was Dr. Robert Shapiro, director of the University of Vermont Medical Center Division of Headache Medicine. He sent a long letter to the editor in response to my piece, which we published. A few weeks later, I got a call from his assistant, saying he'd made room for me in his clinic on August 10. The offer took me by surprise, and I immediately accepted. After we hung up, the timing made me wonder whether my expedited appointment was somehow a result of what I'd written. Should I call back and cancel? My colleagues advised against it, saying my health was more important than the story.

There was no neurological exam on our Zoom call, but Shapiro was shockingly well prepared — he knew my headache history better than I did — and, in the end, said exactly what I thought he would: I don't get migraines often enough to merit taking preventative meds, and they come on too quickly to treat mid-headache. I'm one of millions who should avoid red wine, bright lights and caffeine. Next time I get a migraine, even if it looks like a stroke, I should stay home. His diagnosis was oddly comforting.