From the Publisher: Women's Work 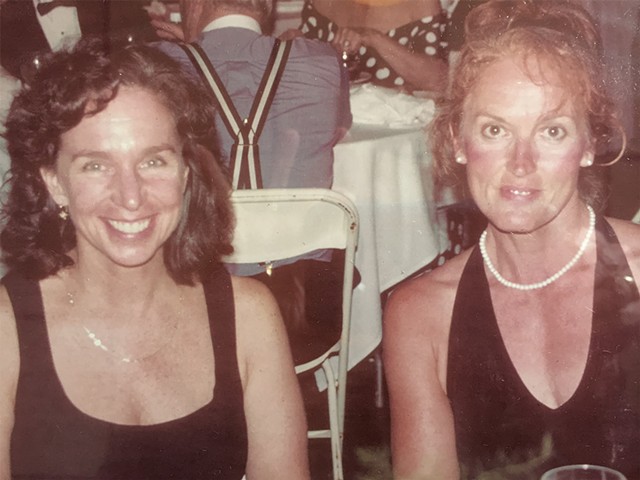 An anecdote in this week's cover story about local developer Melinda Moulton speaks to every woman entrepreneur who has doubted herself. In my experience, that's all of them.

Before Moulton and Lisa Steele teamed up to rebuild the Burlington waterfront, both worked for the men who had tried it before them. In the early 1980s, Moulton was operations manager for the Alden Waterfront Corporation, which advanced a $100 million plan to develop the city's valuable shoreline with condos, stores, a hotel and a large parking garage. Steele was a property owner and investor in the project.

Lots of heavy hitters were in favor of green-lighting the exclusive development — including then-mayor Bernie Sanders, who was on board until he wasn't. But Burlington voters spoke loudly and clearly in 1985, when they rejected the bond that would have financed the Alden Plan.

Locals had something else in mind for the Queen City's crown. So did Moulton and Steele, who connected with each other after the project fell apart. "All of a sudden Melinda said, 'You know what? I think we could do something really good together here,'" Steele told reporter Ken Picard. "That's where it all started." Moulton's confidence was hard-earned. Her father, a construction mogul in eastern Pennsylvania, brought his little girl on jobs but then insisted she go to secretarial school instead of a four-year college.

Gender discrimination can be subtle and hard to prove. tweet this

Ten years after Moulton and Steele joined forces, a similar thing happened to me and Pamela Polston. We were working journalists at a newspaper, Vermont Times, that was sold out from under us. Instead of going along with the sale, we decided to venture out on our own and become publishers. After watching our predecessors try and fail to run a weekly newspaper, we had the audacity to think we had learned a thing or two.

When the new male owners discovered our plan, they were not happy. "We don't know if your parents are paying for this, Paula, or Pamela's, but you girls better have a business plan, because we're going to bury you," one of them told us. It didn't work out that way. And for the record: We didn't get two nickels from our families. We raised $68,000 in startup capital from friends who believed in us. Within three years, we had paid it back, with interest.

Moulton and Steele's project had a decade on ours. No doubt they had it even harder. Moulton told Picard: "Lisa and I were women in a man's world and a man's profession. We weren't very popular."

Pamela and I had some doubters, too. One lunch with fellow Vermont publishers Angelo and Emerson Lynn — Emerson drove a Cadillac — and the rumors started flying that they "owned" us. Some people thought we were lesbians. How else to explain two successful women business "partners," right?

Gender discrimination can be subtle and hard to prove.

More effective and satisfying: Just do it better.