From the Publisher: Up in the Air 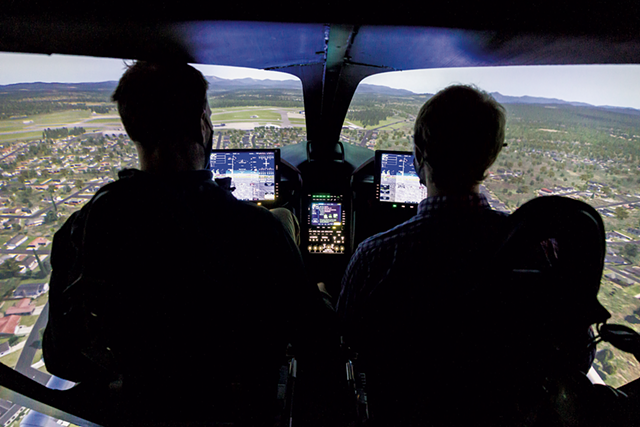 I love to travel but really wish it didn't involve hurtling through space in an aluminum tube. I will fly — reluctantly — with my face pressed up against the airplane window, monitoring weather, altitude, signs of mechanical failure and, of course, the geography below.

This anxiety has worsened over time and proven immune to logic, Xanax and hypnosis. Off-duty pilots have tried to talk me out of it with back-of-the-napkin lessons in aerodynamics. One, who is a friend, took me up in his vintage biplane in hopes that it would help me overcome my fear. On that occasion, at least I could see where we were going — one of my complaints about being cooped up on a commercial plane. It was just the two of us in an open cockpit, and he was behind me, explaining every bump, twist and turn. Beautiful as it was, I couldn't stop thinking about how The English Patient ended.

Right before the pandemic, I got a tour of Beta Technologies, the cutting-edge aviation company that's the subject of this week's cover story. It included a chance to fly the experimental plane the company is building via a state-of-the-art flight simulator. The training device allows pilots to learn the aircraft on terra firma without leaving Beta HQ at the south end of Burlington International Airport.

Flight Path: BTV’s Beta Technologies Is on the Cusp of a Breakthrough for Electric Aviation
By Derek Brouwer
Business

For that reason, the idea appealed to me, at least until I was on the flight deck with my hand on the controls. They were so sensitive, the slightest touch pitched us wildly forward or sideways as we rose over the BTV runway and surveyed the surrounding landscape: The city of Burlington, Lake Champlain, Mount Mansfield and the Plattsburgh Air Force Base were all exactly where they should be.

In fact, the experience was so realistic, I had a physiological reaction — first sweating, then nausea. Engineer Manon Belzile noticed immediately and reassured me: Lots of people get motion sickness in the sim. Thankfully, she got me out of there before I hurled. It took 24 hours to regain my land legs.

That was the last time I "flew" — until two weeks ago, when I boarded a United Airlines flight to Chicago with the final destination of San Diego. Fully vaccinated and desperate for a little R&R, I decided to take the risk. I was not alone. All four flights were packed. After socially distancing for 14 months, it felt weird and somewhat counterintuitive to be shoulder to shoulder with people again. As instructed, everyone kept their masks on — unless eating or drinking. Which, let's face it, happens a lot on planes in the U.S.

United offered beverage service on both westbound flights. On the return trip, along the same route, American Airlines did not. Nothing else seemed dramatically different, including, unfortunately, policies and fees that continue to discourage passengers from checking their bags.

What had changed, I noticed, was my own attitude about flying. Despite the added claustrophobia of having to wear a mask for seven hours straight, I felt almost relaxed. Thanks to good weather, the flights were smooth and I had a clear view of our almost post-pandemic country, from the sparkling Great Lakes to the greening Midwest, from the still-snowcapped Rockies to the vast expanse of the Pacific Ocean.

I didn't realize how much I'd missed the place.