From the Publisher: Summer of Strife 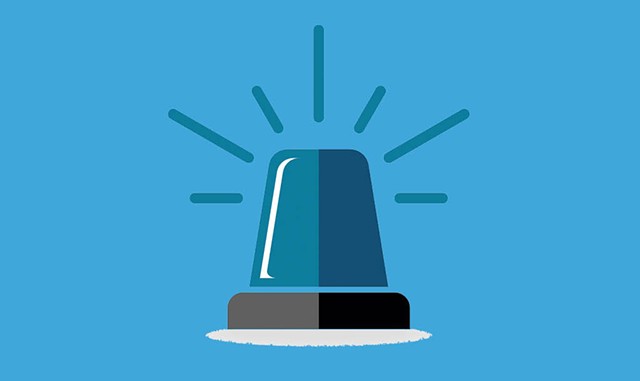 Burlington looked like a real city on the walk home from dinner at Taco Gordo on a recent Friday night. Young hipsters strolled the sidewalks. People of all ethnicities were out on their stoops, taking in the evening air. A cluster of barflies congregated on the front "porch" of the Olde Northender Pub to smoke.

Lively but peaceful, I thought to myself, until a police cruiser careened around the corner of North Avenue, sirens blaring, and tore up North Street. Then another. And another — until six cop cars had disappeared along the route we'd just walked.

It was unsettling, a visual suggestion that Burlington might not be as safe as it once was. Noting the number of officers deployed — and our short-staffed police force — we assumed they were responding to a shooting. In fact, the real drama came a few hours later, when shots were fired on Main Street, prompting Burlington police to call in state troopers to patrol downtown the following night. On Saturday afternoon, a local cop shot and wounded a mentally ill man on Manhattan Drive; one of the stray bullets almost killed an innocent bystander.

I lay awake for a while that Friday night — longer still because a woman started screaming on the waterfront. Since the start of the pandemic, and the eviction of a large homeless encampment on Sears Lane in Burlington's South End, more and more people have been pitching their tents below my street, on the portion of the waterfront known as the North 40. I've watched the settlement grow steadily over the summer. And I've heard it, too, because the combination of wind, water and topography amplifies the sound.

Unlike sanctioned waterfront activities, like concerts, which tend to quiet down after dark, the unsanctioned ones get louder — especially on weekends. Someone regularly rides up and down the bike path on a backfiring motorbike. Fireworks explode at all hours. On that particular night, before the screaming, I heard people climbing on the trains parked directly below us.

Not for the first time, I thought about calling the cops. But, like so many Burlingtonians, I'd heard anecdotally that such "quality of life" issues are not a priority for them these days. In a news story this week ("Dis-Connected"), Derek Brouwer explores allegations that some dispatchers are telling crime victims that "defunding" is the reason no one can respond to thefts, noise violations and other petty offenses, intentionally mixing public safety with politics.

Of course, none of that concerned the woman wailing in the dark, a canary in the coal mine. I was about to reach for the phone when I heard a male voice call out from a different part of the encampment: "Do you need help?" Her primal cry continued until he asked again: "Are you OK?" — a flicker of humanity in the void. Eventually she stopped. Half an hour later came a burst of explosions. Gunfire or firecrackers? I'll never know.

On Sunday morning the wails of a man woke me at 1:30 a.m., shortly after the city's third murder of the year, in Burlington City Hall Park. For the first time since I moved here almost four decades ago, I'm thinking twice about walking home at night. I suspect I'm not the only one.