From the Publisher: Stopping the Spread 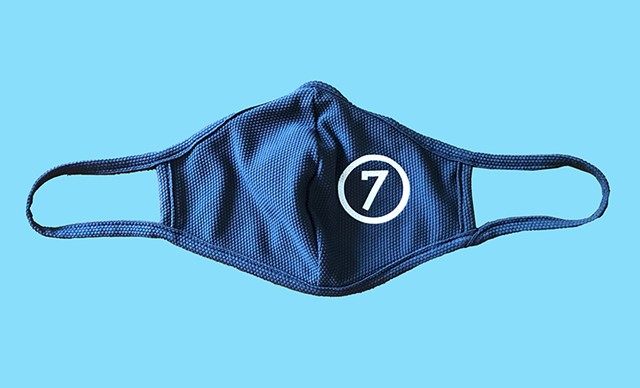 Seven Days gets most of its revenue from paid advertisements. Generally speaking, anything goes as long as it's legal and doesn't promote hate or misinformation. Although we don't endorse any of the products advertised in our pages, we'll go to the mat for free speech every time.

Last week I got an angry voicemail from a guy who couldn't believe we sold space to the local Boycott-Divestment-Sanction movement before the Burlington City Council would vote on a matter of Palestinian sovereignty in the Middle East. The anonymous caller described the movement and its efforts as antisemitic and concluded that we must be, too. He said he "respected" and "supported" the paper but "can't touch it now." Guess he missed our coverage of the meeting — a story published at 2:29 a.m. last Tuesday. Seven Days reporter Courtney Lamdin described clashing factions at Burlington City Hall and how the BDS proposal wound up being withdrawn.

In the last two years, we've published ads from Democrats, Republicans and Progressives; from tobacco companies and anti-smoking advocates; from cannabis companies and groups advocating against legalizing the sale of marijuana. In that time, our leadership has rejected just one ad: a full-page manifesto disavowing public masking. The advertiser came to us last November seeking an outlet to share his "mask-free microbe mitigation method" for avoiding COVID-19. His techniques included holding your breath and closing your eyes. The ad characterized public health and safety guidelines at the time — which included a statewide mask mandate — as a "microbial, social and environmental failure."

After much discussion, we came to the conclusion that it would be irresponsible and dangerous to disseminate his advice. He was spreading blatant misinformation in the middle of a deadly pandemic, and we decided not to make Seven Days available for its distribution.

A niche publisher based in White River Junction chose a different path. This week's cover story explains how Vermont's Chelsea Green Publishing wound up backing a book by the No. 1 spreader of pandemic falsehoods on the internet. The Truth About COVID-19: Exposing the Great Reset, Lockdowns, Vaccine Passports, and the New Normal, by Joseph Mercola, is now a best seller. The Florida-based osteopath alleges that the pandemic is a "convenient cover story" — possibly preplanned — to "facilitate and hide the transfer of wealth to unelected technocrats who control the pandemic narrative, while simultaneously justifying the erosion of your personal freedoms and civil liberties."

Is it a coincidence that the COVID-19 death rate in the U.S. is currently among the highest in the world?

Chelsea Green president and publisher Margo Baldwin not only defends the book's publication but also appears to share many of Mercola's views. That has made some Chelsea Green authors and employees extremely uncomfortable. In reporting the story, Seven Days' Chelsea Edgar found that, throughout the pandemic, Baldwin has allegedly "eschewed masks in the office and shamed other staffers for wearing them."

Notoriously outspoken — online, in emails and with national reporters — Baldwin declined to be interviewed by Seven Days and only responded to email questions she deemed "worthy." In response to Edgar's fact-checking queries, she wrote, "Ha, ha, I'm a bad boss! Gee, what a story! Do you really think anyone cares?"