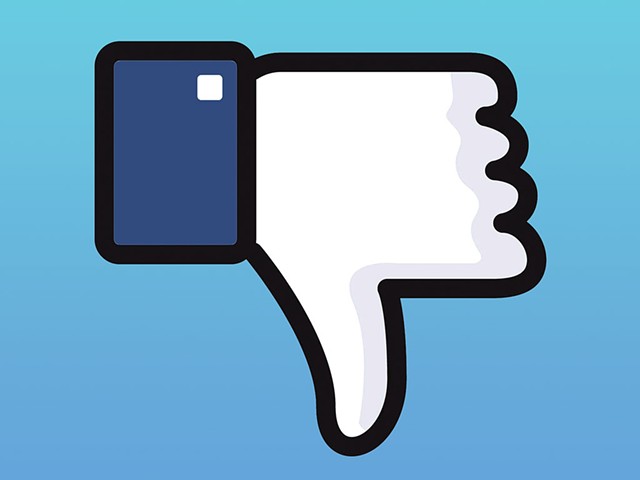 Verizon Communications, Coca-Cola, the North Face, Levi Strauss & Co., Honda, the Hershey Company: Starting July 1, all of these global brands are pulling their ads from Facebook and Instagram.

More than 300 companies have signed on to the Stop Hate for Profit boycott, launched on June 17. Organized by a coalition that includes the NAACP, the Anti-Defamation League, Color of Change and Common Sense Media, it demands that Facebook do more to stop the spread of hate speech, misinformation and conspiracy theories on its platforms.

I'm all for the boycott. For the past 10 years, publishers like me have watched as Facebook sucked up a larger and larger percentage of online advertising revenue. Last year, the company made close to $70 billion from advertisers, many of whom used to market themselves in media outlets that fund local journalism — like Seven Days.

The result is not only fewer journalists in Vermont and elsewhere responsibly reporting on their communities; money that was once used to inform the public and foster democracy is now being used for just the opposite.

We've known for years that the world's largest social network is used and misused by bad actors. Russian operatives ran ads on Facebook targeting Americans during the 2016 election. White nationalist organizers of the 2017 Unite the Right rally in Charlottesville, Va., recruited participants via a Facebook event page. The man who killed 50 people at two mosques in New Zealand in 2019 livestreamed the massacre on Facebook.

Despite the company's numerous apologies and promises of change, new issues keep popping up. In the past few weeks, false rumors about antifa activists have proliferated in Facebook groups. A June 22 New York Times story explains how false reports of antifa violence reached 41 different towns, inundating law enforcement with calls and inflaming tensions around otherwise peaceful demonstrations against police brutality.

Critics point out: It's almost impossible to hold Facebook accountable. Unlike traditional publishers, who are bound by libel and discrimination laws, social media companies are not liable for what users post on their platforms. Because they are viewed as public bulletin boards, not publishers, Section 230 of the federal Communications Decency Act absolves them of all responsibility. Law enforcement and federal regulators have been slow to address the spread of the resulting hate speech online.

Could the boycott finally force Facebook to clean up its act?

Last Friday, CEO Mark Zuckerberg pledged to remove posts that incite violence and to label hate speech from politicians, neither of which he'd been willing to do previously. But the boycott organizers want much more.

Stophateforprofit.org lists 10 demands, including that Facebook find and eliminate groups that promote white supremacy, anti-Semitism and "violent conspiracies"; stop the site's algorithms from recommending content or groups that promote hate, misinformation or conspiracies; and give victims of severe harassment the ability to talk with an actual, live Facebook employee — something that's virtually impossible today.

It also demands that Facebook provide an audit and refund advertisers' money if their ads are shown next to content that violates Facebook's terms of use — for example, if their brand appears alongside a video allegedly exposing cannibalism and pedophelia in Hollywood. Yes, that's an actual example documented by the Anti-Defamation League.

Zuckerberg's promises weren't enough to satisfy Unilever, which owns both Seventh Generation and Ben & Jerry's. The company announced last Friday that it would stop advertising on both Facebook and Twitter through the end of the year, according to the Wall Street Journal. On Sunday, Starbucks stepped up, too. The coffee company spent $95 million on Facebook ads last year.

Luis Di Como, Unilever's executive vice president of global media, explained his company's decision: "Based on the current polarization and the election that we are having in the U.S., there needs to be much more enforcement in the area of hate speech," he told the Journal. "Continuing to advertise on these platforms at this time would not add value to people and society."

Advertising with local media outlets like Seven Days, we'd argue, most certainly does.