From the Publisher: Cruel World 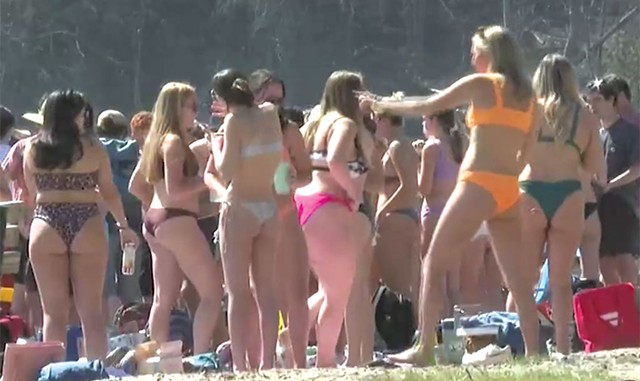 The weekend's stretch of glorious, unseasonable weather reminded me of T.S. Eliot's poem "The Waste Land," which famously calls out April as "the cruellest month." Like everyone, I can't get enough of the sun on my skin, fresh air blowing in the windows and exposed toes. But I've learned from experience — specifically, too many dreary April 13 birthdays — that over-exuberance is ill advised. It could still snow! Grateful but cautious is the best approach to spring in Vermont.

The same applies for the public health crisis that has dominated our lives for more than a year. We've reached a tantalizing point: Half of adult Vermonters have received at least one shot of the vaccine, and on Monday everyone 30 and older became eligible to get one. Meantime, more infectious variants of the virus are circulating in the state, and case numbers have increased dramatically among young people. There's bad news about the long-term neurological effects of COVID-19 on survivors of all ages and, yesterday, about the Johnson & Johnson vaccine.

On Saturday, during the 2.5-mile walk I take almost daily, I turned west on Institute Road just in time to witness the biggest local news story of the weekend: mask-less throngs descending on Burlington's North Beach. They parked by the high school and headed for the water in groups, carrying coolers, like sea turtles heading to the sand to lay their eggs — a human nature show. I walked in the road to avoid people but got close enough to see the resulting crowd, a flesh fest of pre-pandemic proportions, before taking the bike path south.

By then, I had stopped stressing about my own coronavirus indiscretion earlier in the week. We had hosted an Easter dinner — outside — for eight, including two dear friends and their 20-year-old daughter. Three days later we discovered that one of the daughter's friends had contracted the virus. Last Thursday, my friend and her daughter got tested. So did my partner, in hopes that he wouldn't have to cancel a scheduled vaccine on Sunday. The rest of us half-vaccinated, middle-aged Easter-goers regretfully resumed quarantining while we awaited the results. They came in late Friday afternoon: all negative.

Although it didn't last long, the setback was nerve-racking and humbling: To take any risk, so close to the end of this ongoing ordeal, is stupid. Cruel but true: We just have to wait a little bit longer.

I've learned my lesson. Not sure what it will take for the young and happy-go-lucky.