From the Publisher: Critical Coverage 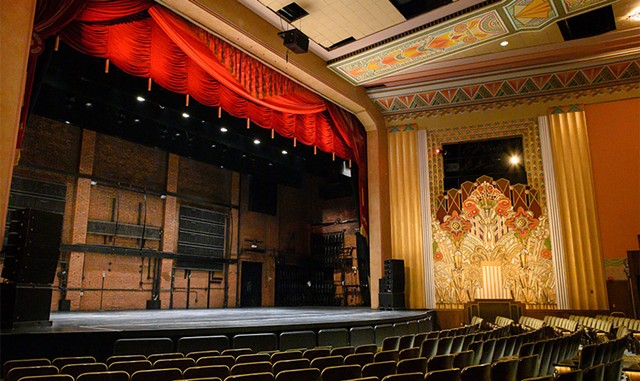 I have a special relationship with the Flynn — my first postcollege employer and the subject of this week's cover story.

When I first stepped inside the Burlington building's art deco lobby, in 1983, a small group of people was hard at work, transforming the former vaudeville movie house into a first-rate performing arts center.

I had two bosses there who didn't always get along. General manager Tony Micocci was in charge of bookings — negotiating the rentals and eventually curating a season of shows the Flynn could call its own. Executive director Andrea Rogers had to find the money to make that and everything else happen, including a painstaking renovation of the historic property.

I was a full-time paid intern with big responsibilities in the fledgling membership, education and marketing departments. I learned a ton about the business and found myriad ways to make myself useful in hopes that I could parlay the yearlong position into a permanent one.

In my teens, I had planned to be a professional ballet dancer. Instead I found myself working on the other side of the curtain so that others would have an opportunity to dance — and, equally important, so that audiences could see them.

My favorite part of the job was writing the press releases that described the acts the Flynn presented. The goal was to generate favorable press coverage, preferably in advance of a show, to turbocharge ticket sales.

But there weren't a lot of local arts journalists to pitch in the 1980s. And those who listened didn't necessarily respond with meaningful coverage.

Eventually, I decided to become an arts reporter myself. After writing dance reviews and a few features for Vermont's now-defunct alt-weekly Vanguard Press, I somehow convinced the daily Burlington Free Press to hire me. The paper was just launching its "Weekend" section, so the timing was ideal.

I went from working at the Flynn to covering it — and all the other arts orgs in town, too. Incestuous as it sounds, the arrangement worked; my familiarity with the scene helped me see stories that assignment editors might have missed.

One was glaringly obvious: The Flynn, Burlington City Arts and company were revitalizing downtown Burlington — you could see the economic impact on Church Street every night there was a show. Eager to get in on the act, citizens in rural Vermont started organizing to restore opera houses in places like Randolph, Vergennes, Barre and Rutland.

It turned out that I was much more comfortable in journalism than in marketing. During my tenure and for a few years after, the Freeps devoted significant resources to local arts and culture — a subject that the paper had historically ignored or trivialized.

Not every story was glowing. I wrote about the turf battle between the University of Vermont's Lane Series and the Flynn, for example, much to Rogers' horror. I firmly believed that the paper's readers — and both organizations' donors — deserved to be aware of the behind-the-scenes forces shaping what wound up on stage.

At their best, journalists reveal what powerful people would prefer to keep hidden from view and, in so doing, hold them accountable. That applies to elected officials, of course, but also to the stewards of our hospitals, universities and arts organizations. Community assets large and small should welcome scrutiny from the local media — as a proxy for the public — and the opportunity to explain themselves to the people they serve.

That approach is not always well received in Vermont, a small state that prefers boosterism to journalism. People who want to dodge hard questions conveniently ignore the second meaning of "critical" coverage — that is, "essential."

Vermonters have a right to know what is happening at the local institutions they love, support and depend on. That's what prompted the creation of Seven Days, with its strong cultural bent, 27 years ago. And it's the reason for this week's cover story on the Flynn.

Vermont's premier performing arts facility was managing a serious — and largely undisclosed — leadership crisis when it went dark in March 2020. That exacerbated the pandemic's financial and staffing challenges, resulting in almost nonstop internal drama at 153 Main Street for the past two and a half years.