From the Publisher: Brain Drain, Continued 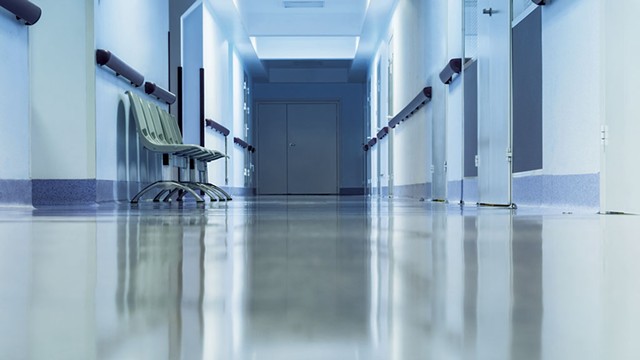 "I'm not dying! I'm waiting for a neurology appointment."

That's what I should have said to the friend who stopped me en route to the lap pool to say, "You look great," in that reassuring way reserved for people who don't.

His charity was in reference to the personal medical drama I shared two weeks ago in these pages. On April 13, 2021, a severe migraine landed me in the emergency room at the University of Vermont Medical Center. Ten months after the stroke-like headache, on February 15, 2022, I'll get to see a neurologist — on Zoom.

That seemed like an awfully long time to wait for a follow-up appointment, so I put my story out there and asked readers if they were having similar experiences at the hospital.

So many emails! Some were addressed to me personally — expressing worry, suggesting meds and recommending other hospitals, such as Dartmouth-Hitchcock, Mass General, Brigham and Women's, and the Mayo Clinic, as well as simply "Mexico." I had no idea so many of my friends have migraines. A former reporter wrote to say she was in the process of filling out the same 24-page intake form I did to get an appointment in the understaffed neurology department of UVM Medical Center.

But most of the emails were not to or for me: They were responses to the online form we created to collect personal patient accounts of dangerous, untenable waits for medical care — not just in the neurology department but also in orthopedics, urology, dermatology, gastroenterology, ophthalmologic surgery and child psychiatry.

People currently in the throes of medical crises put their anguish and frustration into words. Others, now in a better place, reflected back: "I'm still super pissed off that it was deemed acceptable for me to spend over a year of my life without treatment when I was so sick, and that my young kids missed out on having me as a functioning parent in part because I wasn't able to receive medical treatment in a timely manner," a headache sufferer wrote. In one case, delayed care hastened death, according to the daughter of the deceased; in another, it allegedly prompted a suicide.

Health care professionals and their spouses weighed in, too, about restricted access to the operating room and other worries. "Who knows what damage is being done with these delays in care?" one wrote. Another suggested: "Imagine folks who can barely read and write trying to get an appointment."

Watching the emails pour in reminded me of a moment in the movie Spotlight, when the Boston Globe breaks a big exposé about dozens of abusive priests and the phones in the newsroom start ringing — and ringing. That's the sound of people who thought they were alone discovering they are not.

Thank you for sharing and trusting us with your stories. Our news team will be following up and reporting on them in the coming weeks.

Haven't written to us yet? There's still time. Submit your story at sevendaysvt.com/waiting.