From the Deputy Publisher: Trusted Sources 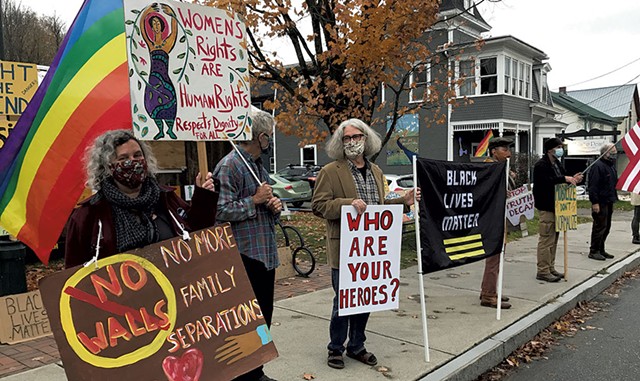 In the run-up to the 2020 election, staff writer Chelsea Edgar got what seemed like a simple assignment: Cover the protests in Johnson that had been happening weekly since Donald Trump won the 2016 presidential election.

Once she started reporting, Edgar realized the situation was more complicated, and more interesting, than it at first appeared. The protests had spawned an effort to fly a Black Lives Matter flag in town, which encountered resistance. As Edgar interviewed people on both sides, she realized they were all connected by an intricate web of relationships.

To tell the story, she had to understand how everyone was intertwined. That took time. Edgar spent three weeks working on "'Torn Apart': Fault lines over Trump, racism and justice divide the town of Johnson," which appeared in the November 11, 2020, issue.

On Saturday, the piece won first place in the Coverage of Protests and Rallies category at the New England Better Newspaper Competition; Seven Days competes against other large weeklies in the region. Edgar was on hand to receive the award in Boston at the New England Newspaper & Press Association's annual convention. She won four first-place awards but was most proud of that one.

"That was a really hard story to write," Edgar said of the piece afterward. It was a worthwhile effort according to the contest judge, who noted that the piece "excels by bringing in a multitude of voices and perspectives that reveal the many nuances of the community's divide. Well-crafted, empathetic and even-handed writing." 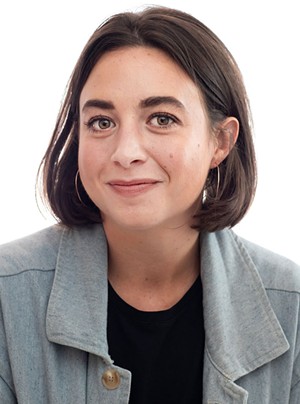 Edgar also received the most prestigious individual prize: Reporter of the Year.

In fact, she was one of six Seven Days staffers to receive multiple first-place awards: Burlington reporter Courtney Lamdin snagged three for stories about the Queen City. Colin Flanders shared a byline on one of Lamdin's stories and picked up two more awards, one for crimes and courts reporting, another for an obituary about a couple who both died of COVID-19. Kevin McCallum scored two for his coverage of the environment and climate change. Derek Brouwer won two for investigative/enterprise work and science and tech reporting. And senior multimedia producer Eva Sollberger once again swept all four of the video categories.

In total, Seven Days took home 23 first-place honors, including the award for General Excellence. Find the full list on the opposite page.

Our colleagues around the state made a strong showing, too. The Addison County Independent, the Mountain Times in Killington, the Commons in Brattleboro, VTDigger.org and the Stowe-based Vermont Community News Group all earned first-place prizes. On Friday night, Vermont Community News Group publisher Gregory Popa was inducted into the New England Newspaper Hall of Fame.

We cheered for all of them.

Our democracy depends on having a healthy local news ecosystem. That's especially clear now, as authoritarian regimes threaten journalists abroad and as greedy corporate owners and shifting business models imperil media outlets in this country. We Vermonters are so fortunate to have curious, driven, dedicated journalists — supported by readers, listeners, viewers, underwriters and advertisers — who take the time to understand and explain what's happening in our communities. We can't take any of that for granted.

Paula Routly is on vacation.