From Mountains to Masthead: Pat Bridges of Snowboarder Magazine 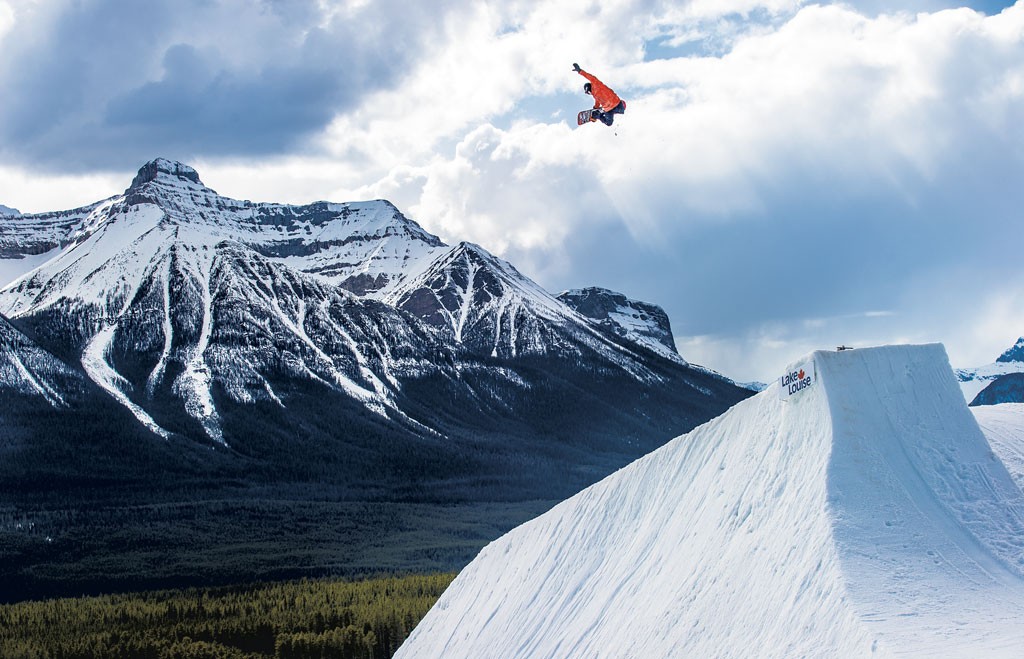 Pat Bridges is a self-described working-class kid who grew up on a dirt road in a Vermont town that no longer exists. So how did he land atop the masthead of a California media empire? First he hopped on a skateboard, which he rode around the lost Rutland County town of Sherburne, now Killington. Next he started snowboarding around the lost ski area of Sonnenberg. Then he studied at Johnson State College, competed in the New England Cup series, and worked in Burlington for Burton and Jager Di Paola Kemp, among other companies, before starting the now-defunct snowboarding magazine East Infection. 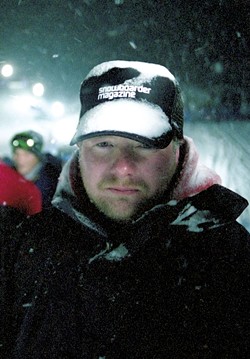 Vermont-born Bridges is currently the creative director at Snowboarder magazine and lives far from the Green Mountain State, in San Clemente, Calif. His chops as a legitimate rider and writer lifted him through the ranks of the publication just as the sport was taking off, making him a legend in the admittedly limited pool of literary-minded snowboarders.

ESPN puts it like this: "Pat Bridges has no equal in the shred industry ... His passion for snowboarding, in all its forms, makes his opinion worth listening to."

After launching successful social media and digital channels, Snowboarder got into the movie biz, too. Last month the company premiered its second film, The Snowboarder Movie: SFD (translation for those not in the snowboarding world: "straight fucking down"). Featuring 16 avid riders, including Hans and Nils Mindnich of Stowe, SFD is now on a coast-to-coast tour. Just before a screening at the University of Vermont's Billings Library last week, Seven Days caught up with Bridges by phone.

SEVEN DAYS: So you've been snowboarding since 1984?

PAT BRIDGES: Yeah, since I was in seventh grade. I started skateboarding in Vermont during the boom of the '80s and, as we all know, you can't really skateboard in winter. So friends and I just started snowboarding. I was into ski racing, but other kids were showing up with new skis every year, and they were going to ski camps to train, and I just didn't have those resources. I saw this snowboarding thing as an opportunity to get away from the jock culture that was ski racing and to try something new, to have new challenges. It was so much more personal and expressive. I was the product of a mountain-town, working-class family, so the mountain became my babysitter.

SD: This was at Killington?

PB: Well, no, that's the interesting thing. I would look at Killington and Pico out my bedroom window every morning, but they did not allow snowboarding back then, so I would have to drive 40 minutes each way every Saturday and Sunday to a little two-Poma [lift system] hill named Sonnenberg. So, yes, I was an outcast in a ski town at the time. It wasn't until 1991 that Killington started allowing snowboarding.

SD: How has snowboarding changed since you first started?

PB: Certainly it started out as something alternative, the counterculture. If you were in high school and you didn't want to play football, you skateboarded. And if you didn't want to ski, you snowboarded. It was a bastion of college kids, hippies, rockers and skateboarders, and now it's become commodified and is an accepted part of mountain culture. It was firmly entrenched in the antiestablishment, and now it's part of the establishment.

SD: How has digital technology changed the magazine?

PB: Well, the mainstay still remains print, but the role of print has changed. It's become a prestige product; you're not hitting as big of an audience, but there will always be an audience devoted to it. In a lot of ways digital is more convenient, and in a lot of ways analog is more convenient — [with digital] you're always trying to find signal or get on Wi-Fi. But from a business standpoint, we're able in a matter of seconds to reach more people than we ever could in print, and that is very awe-inspiring. It has revolutionized our business and made us very good at staying ahead of the times with Snowboarder.

We are a multi-faceted media [company]. It's like five separate silos, and there is synergy among them all, and they do tie back together. We've monetized social media in a way that is authentic and helps create a rising-tide effect. We have 2.1 million followers in social media, so the way we're able to bolster the magazine on the newsstand through social media is phenomenal.

SD: Tell me about the movie.

PB: SFD is basically just about people who are living the snowboarding life. We're going with the next generation of riders. They hadn't been put on that stage before, so we were able to manage expectations and exceed them. This is a movie about the people who are really down with snowboarding and not just into the good times. It's part of their DNA.

SD: What's it like for you to come back to Vermont to promote SFD?

PB: Vermont will always be in the fabric of my being. And for snowboarding, it's huge; it will always be a jumping-off point. UVM is still one of the biggest draws as far as colleges for people who want to learn while still being able to snowboard.

The original print version of this article was headlined "Boarder Calling"