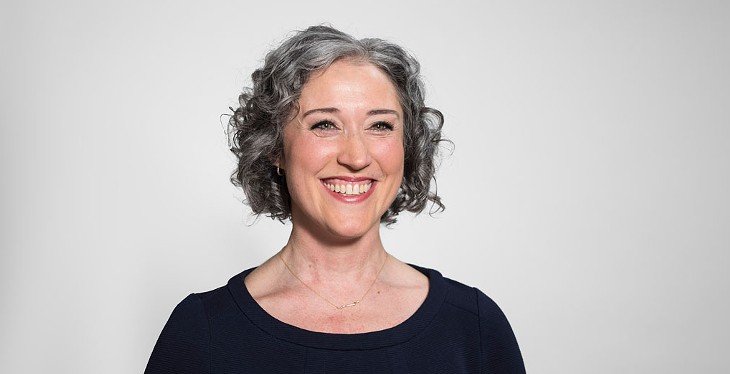 You probably don't think of Instagram as the front lines of the fight against lung cancer, but researchers affiliated with the University of Vermont Cancer Center do.

UVM researcher Andrea Villanti and her team were part of a group that measured the effectiveness of messages, designed to be spread via social media, that discourage young adults from vaping.

They tested 32 images and 33 messages on a group of tobacco users ages 18 to 24, all of whom were recruited and compensated through Amazon's Mechanical Turk service. Participants viewed a series of memes and rated them based on which were most likely to persuade them to quit.

One of the highest-rated reads: "Sleek design hides a deadly truth. Vapes contain ingredients that can cause cancer." The backdrop? An empty hospital bed just waiting for an occupant.

Another shows a young man who seems to be waving away a cloud of smoke. "Influencers may make vaping look cool...," it warns. "But the coughing caused by lung damage? Not a good look."

Villanti's name is also on more than 150 other papers. An associate professor of psychiatry at the UVM Larner College of Medicine, Villanti is a nationally known voice in tobacco policy circles; she's always working on multiple projects, often behind the scenes. Last November, she was included on the annual Highly Cited Researchers list from Clarivate Analytics, which compiles the top 1 percent of all scholars whose work has been cited over the past decade.

A Vermonter who grew up in South Burlington, Villanti left the state to get her bachelor's degree, and a master's of public health, from Columbia University. She earned her doctorate from Johns Hopkins University and spent five years at the Truth Initiative, a public-health nonprofit that aims to end nicotine addiction. In 2017, she returned to her home state, where she works with the Vermont Center on Behavior and Health and codirects the Cancer Center's Control and Population Health Sciences Research Program.

She's just one of the many physicians, clinicians and researchers who work together to fight cancer through UVM's Cancer Center. Founded in 1974, the Cancer Center is part of the Larner College of Medicine. It helps attract top-notch professionals to the state — it includes more than 210 members from five UVM colleges and the UVM Medical Center and Health Network, according to Richard Galbraith, interim codirector.

"They collaborate to treat cancer patients with cutting-edge treatments, develop and test new treatments, and ultimately try to eradicate and prevent cancer," he says. The Cancer Center gives Vemonters numerous opportunities to benefit from their work.

'The leading cause of preventable death'

Roughly 90 percent of lung cancer deaths are caused by smoking. Cigarette smoking is the leading cause of preventable death in the United States, according to the Centers for Disease Control and Prevention. It kills 480,000 people a year.

There are lots of ways to address prevention. Some are more effective than others. Researchers like those at the UVM Cancer Center help determine which ones work.

You may have heard that the Food & Drug Administration is now moving to ban the sale of menthol, or mint-flavored, cigarettes and flavored cigars. In an April 29 press release, acting FDA Commissioner Janet Woodcock presented the bans as "powerful, science-based approaches."

Villanti has taken part in numerous menthol-related studies over the years. She's currently part of one out of Ohio State University testing whether adult menthol cigarette smokers would be likely to switch to other types of tobacco products if menthol cigarettes were banned.

"The science is compelling, and it's mounting," she says.

Villanti is confident that, if a ban became law, it would be likely to withstand a legal challenge. She coauthored a 2019 paper entitled "Why an FDA Ban on Menthol Is Likely to Survive a Tobacco Industry Lawsuit."

The Vermont legislature is also considering such a ban; Villanti presented a PowerPoint presentation about it to the Senate Health and Welfare Committee in February via Zoom. She argues that state action is vital to supporting federal policy and likely to be implemented before the FDA's regulation of menthol cigarettes and flavored cigars. 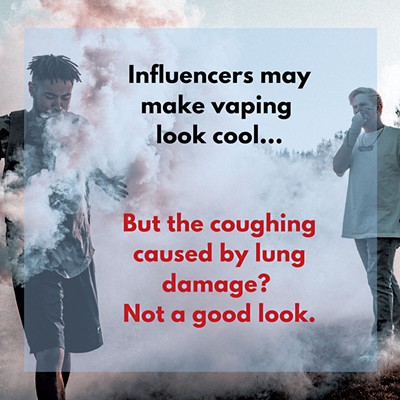 In a video interview on the FDA's YouTube channel, Villanti explains what drew her to tobacco policy research: her grandmother's lung cancer.

But what's kept her engaged is the opportunity to make a difference in health outcomes. "I love that the work I do has immediate application to the questions at hand, that it's not ivory tower research," she says in the video.

Indeed, Villanti has helped connect the UVM Cancer Center to the Vermont Department of Health through an ongoing joint project called the PACE Vermont study — the acronym stands for Policy and Communication Evaluation.

It owes its existence to a chance encounter at the Burlington International Airport. Villanti was there waiting for a flight and struck up a conversation with Christie Vallencourt, a chronic disease information director at the health department's Division of Health Promotion and Disease Prevention, who was booked on the same flight. It ended up being canceled, but the two quickly realized there was an opportunity to work together.

'A real value for us'

Launched in 2019, the PACE Vermont study seeks to understand how the state's policies and communication campaigns around substance use are affecting young Vermonters' beliefs and behaviors. It targets two groups — teens ages 12 to 17 and young adults ages 18 to 25. Participants complete three online surveys over the course of six months. For their effort, they earn $50 in online gift cards.

Rhonda Williams — a colleague of Vallencourt's who works in the same division and oversees tobacco prevention, respiratory health and healthy aging — helps to manage the study for the department while Vallencourt is involved in the state's pandemic response. "Having an academic partner is key," she says.

She notes that PACE participant responses help measure the effectiveness of the department's prevention campaigns and regulatory actions. Previously, the department gathered that kind of data just once every two years through its Youth Risk Behavior Survey. PACE offers a much quicker turnaround.

"That's been a real value for us," she says. For example, PACE data showed that, as awareness of a vaping prevention campaign called "Unhyped" increased, so did youth and young adult perceptions of the harms of vaping. In other words, it was working. As a result, the tobacco program sought additional funds to extend it.

Villanti notes that the PACE study has received funding from the National Institutes of Health to continue this work. "The first grant focused on 'Perceptions and Problems Associated with Vaping in Youth and Young Adults,' and we have supplemental funding to examine 'Impacts of COVID-19 on mental health and substance use in youth and young adults,'" she says. PACE data have also been used in the state's COVID-19 press conferences, tracking rising depressive and anxiety symptoms during the pandemic among Vermont teens.

She adds that the study is actively recruiting new participants, ages 12 to 25, through May 31.

In the FDA YouTube video, Villanti says that "one of the things that I find most exciting about this work is that it is mission driven and really collaborative."

For young Vermonters who want to help improve health outcomes in their state, taking part in the PACE study is a chance for them to collaborate in this important work, too. Find out more at pacevt.org.

The University of Vermont Cancer Center in Burlington brings together research, medical education and state-of-the-art patient care, giving patients their best possible chance for survival. This 7D Brand Studio series, commissioned and paid for by Pomerleau Real Estate, explores some of the ways in which this extraordinary local resource benefits our community. For information about donating to the UVM Cancer Center, contact Lindsay Longe at Lindsay.Longe@uvmhealth.org.