Friends for A-Dog Ramp Up Remembrances and Revelry 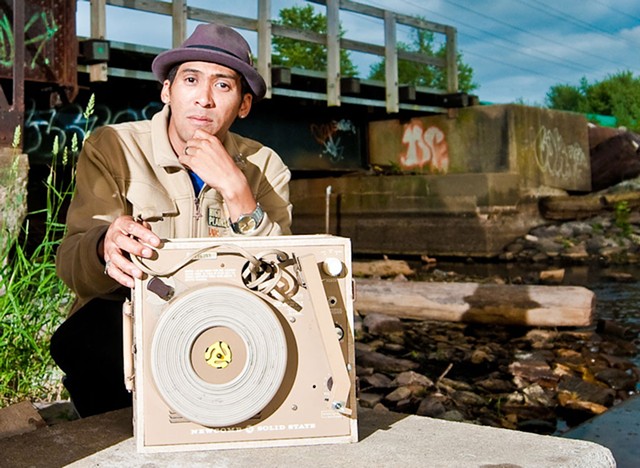 There was a lot to love about Andy Williams. Better known as DJ A-Dog, Williams was a profoundly gifted DJ and artist. He was a talented and passionate skateboarder. He was a good friend, whether you'd known him forever or had just met. He was an interesting guy, for sure. But just as importantly, he was an interested guy. He truly cared about the people, places and things around him. And that was reflected in a subtler aspect of his personality that probably doesn't get as much attention as it should: Andy Williams followed through.

Talking up someone's commitment isn't nearly as sexy as waxing rhapsodic about talent and charm and passion. And there have been plenty of loving rhapsodies written and spoken for A-Dog since his death from leukemia in late December 2013. But when Williams said he would do something, he did it. And that was just as fundamental to his being as the beat juggling and ollies that will be on display in his honor this Saturday, August 27, during the annual A-Dog Day festivities. The foundation that bears his name has accomplished wonderful things since his passing, but preserving that small piece of A-Dog's legacy might be the most important of all.

"Andy was all about commitment and follow-through," says Trina Zide, co-owner of local skate shop Maven and a key cog in the well-oiled skateboard trucks that is the Friends for A-Dog Foundation. "So that's what we focus on, too."

As an example, Zide cites a recent skating day camp that the foundation ran through the King Street Center. At the outset of the weeklong camp, the young campers, many of whom are refugees or come from other disadvantaged backgrounds, were provided with not only skateboards but proper safety equipment from head to toe. At the camp's conclusion, the kids got to keep everything: pads, helmets, decks and all.

"We wanted to be sure that these kids would have everything they'd need to love skating," says Justin Remillard. Also known as Justin R.E.M., Remillard is a local DJ and co-owner of the house-music promotion company Nexus Artist Management, in addition to his various roles with Friends for A-Dog. "It really is all in the follow-through," he says, explaining that the skate campers were outfitted thanks to a generous donation from the Tony Hawk Foundation. "It's top-of-the-line stuff."

Speaking of Hawk, you might have heard that the skateboarding icon made a surprise appearance in Burlington last month at the dedication of the new Andy A-Dog Williams Skatepark on the Burlington waterfront. While it was known that reps from Hawk's foundation would be on hand, Zide was the only person in Burlington who knew that Hawk himself would be soaring atop the skate park's vast network of ramps.

"[Hawk] didn't want to detract from it being about Andy," Zide explains, adding that she even kept Hawk's appearance a secret from her fellow foundation mates.

The skating pro's presence was certainly special, and it helped spotlight some of the foundation's recent efforts to keep Williams' spirit alive and enrich the community he loved. But the majority of the Friends' work happens with far less fanfare.

The Friends' efforts can be considered in four basic categories, though they're often interlinked. The first is programming, which encompasses the skate camp, as well as numerous after-school workshops through King Street. These include weekly art classes and quarterly dance classes with instructors such as artist Mary Lacy and dancer Lois Trombley. Hip local design companies New Duds and Iskra Print Collective have presented screen-printing workshops.

The Friends have also set up a scholarship at Williams' high school alma mater, Bellows Free Academy-St. Albans, for students looking to pursue education, traditional or nontraditional, after graduation. Applicants must write an essay explaining how they would use the money and represent the foundation's core principles: knowledge, art, love and community.

"They can use it for college, welding school, whatever," says Remillard. "Just so long as they demonstrate the kinds of things that Andy was all about."

The third leg of A-Dog's foundation is spearheading bone-marrow donor-registration drives. After Williams was diagnosed, it was determined that a bone-marrow transplant was a prudent treatment. Williams was biracial, which made locating a match nearly impossible. But within a week, two matches were located.

"We all remember how much hope that gave us," says Zide.

She explains that, in most cases, bone-marrow transplants are at best a last-ditch effort when all other avenues for treatment have failed. "They're a death sentence," she says. "But they can also inspire hope, which can be the most important thing in the world when you're in that situation. Hope is what keeps you going, keeps you alive."

Zide adds that the means of harvesting bone marrow has changed in recent years — it's now far less invasive — which might ease the minds of those hesitant to donate.

"I tell people that they could quite literally be saving a life," says Zide. "That usually works."

The Friends have registered 307 donors over a three-year span. Of those, three people have gone on to actually donate marrow. That doesn't sounds like much, until you consider Williams' odds: roughly one in a million.

The final piece of the Friends puzzle are the events at which the foundation appears, roughly monthly, throughout the year. In the past year, the foundation has had a presence at music festivals such as Grand Point North, Waking Windows and the Manifestivus, as well as community events such as the Penguin Plunge. The signature event is A-Dog Day, an official Burlington event held annually on the last Saturday of August, as decreed by Burlington Mayor Miro Weinberger.

The day begins in the afternoon at — where else? — the A-Dog Skatepark. Highlights include a bone-marrow registration drive, break-dancing exhibitions, skating trick competitions, speakers and the unveiling of a new mural by Williams' longtime girlfriend, artist Jozie Furchgott Sourdiffe.

The party moves up the hill in the evening for a two-floor bash at Nectar's and Club Metronome. And it's a star-studded event, to say the least.

Famed hip-hop DJ Stretch Armstrong is the headliner. Joining him at the top of the marquee are Montréal's Killa Jewel and locals Rough Francis and Dwight & Nicole. That lineup alone would be enough to fill a Burlington club on most nights. Among the 50-plus other performers slated to appear, highlights include Williams' old crew the VT Union, the Ice Coast Band With MC B-Free, a rare appearance by the JJ Vezina/Learic project the Write Brothers, rapper and BTV expat Colby Stiltz, promising local soul singer Jamell NYT, and DJ Cousin Dave, spinning a special A-Dog tribute set. But wait, there's more! 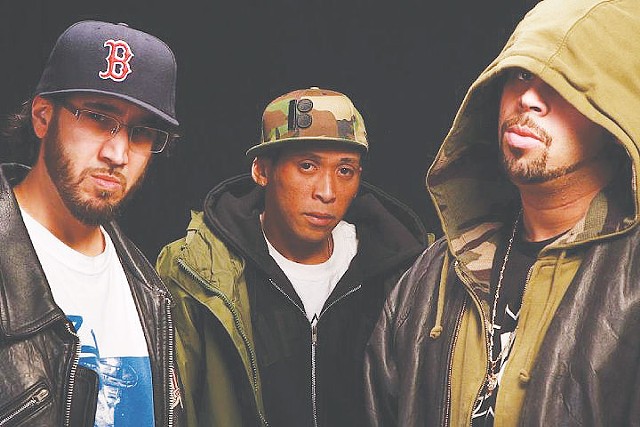 Also in attendance are the fine folks from the Spielpalast Cabaret, local turntablist Mashtodon — who will put on a scratching clinic — and pretty much every DJ and rapper in Vermont. That last line is only slight hyperbole.

The show is first and foremost a testament to Williams, whose absence is still keenly felt in Burlington. But it is also a testament to the Friends for A-Dog Foundation. It would have been understandable for the passion that ignited the group's effort in the immediate aftermath of Williams' death to fade. That the fervor to continue his legacy not only hasn't dimmed but has intensified is a remarkable tribute to a remarkable man. It's made possible by the two tenets that guided everything else in his life: commitment and follow-through.

We miss you, Andy.