Fried Chicken and Hospitality at Montpelier's Down Home 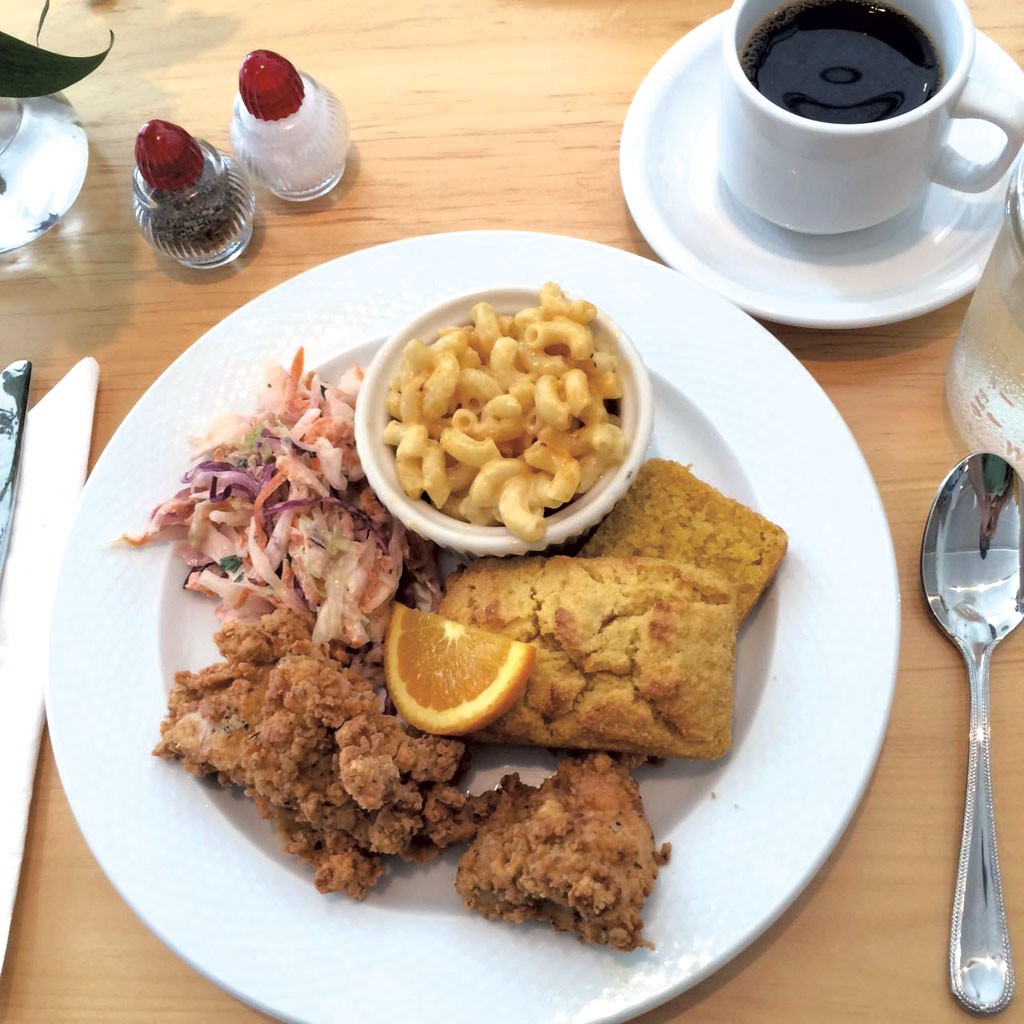 Mary Alice Proffitt didn't have much of a voice left on Monday morning following the soft opening of her Montpelier restaurant, Down Home kitchen. "When you cross over the threshold into Down Home, you're crossing over the Mason-Dixon Line," she said through a rasp. For Proffitt, southern hospitality translates to making friends with everyone who enters your restaurant.

After opening for coffee and pastries on September 10 and for full meals the next day, Proffitt took a few days off to recuperate — as did her voice and her staff. Down Home will officially open on Wednesday, September 16, and serve daily from 7 a.m. until 4 p.m.

The restaurant's large "community table" has been a hit, Proffitt said, allowing her to introduce customers to one another and get them talking. Not to worry, shy guys and gals: She also has "an introverts' counter." But Proffitt suggested less social folks try the big table, too. "The common denominator between all people is fried chicken," she reasoned. "If you have fried chicken, everyone gets along."

That fried chicken is available even at breakfast — which is served all day. The plate known as the Southern includes a fried thigh, two eggs, a choice of home fries or cheese grits and a biscuit or toast. Former River Run owner Jimmy Kennedy's fried catfish comes with the same fixings. Other morning options include biscuits and gravy, with or without sausage; and pancakes in traditional or gluten-free varieties. The coffee is roasted by Bohemian Bakery.

At 11 a.m., lunch meat-and-two plates join the options. Fried chicken or grilled catfish or trout is paired with a choice of sides such as macaroni and cheese and potato salad. Proffitt said that she and chef Artie Fleischer will soon add more health-conscious and vegetarian options to the bill of fare, which already includes salads at breakfast and lunch.

Down Home also welcomes guests for dessert and drinks. Daily sweets so far have included bourbon bread pudding, frozen Key lime pie and carrot cake with a buttermilk soak and a hint of citrus zest. Vintage cocktails, such as an uncommon mint julep, are made from juices squeezed fresh in-house.

Perhaps the truest mark of Proffitt's early success is that "people are coming in with smiles and leaving hugging me," she said.