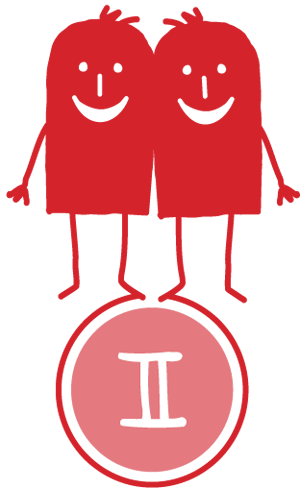 ARIES (March 21-April 19): The Persian scholar Avicenna was so well-rounded in his knowledge that he wrote two different encyclopedias. Even as a teenager, he was obsessed with learning all he could. He got especially consumed with trying to master Aristotle's Metaphysics, which did not easily yield its secrets to him. He read it 40 times, memorizing every word. When he finally understood it, he was so excited he celebrated by giving out money and gifts to destitute strangers. I suspect you will soon be having an equivalent breakthrough, Aries. At last you will grasp a truth that has eluded you for a long time. Congratulations in advance!

TAURUS (April 20-May 20): When it's rush hour in Tokyo, unwieldy crowds of commuters board the trains and subways. They often need help squeezing in. Railway workers known as oshiya, or pushers, provide the necessary force. Wearing crisp uniforms, white gloves and neat hats, they cram the last stragglers into each car. I foresee the possibility of you being called on to perform a metaphorical version of the service these pushers provide. Is there a polite and respectful way for you to be indelicate in a worthy cause? Could you bring lighthearted tact to bear as you seek an outcome that encourages everyone to compromise?

GEMINI (May, 21-June 20): Nobel Prize-winning physicists Wolfgang Pauli and Niels Bohr were both amused at how counterintuitive their innovative theories seemed. Once Pauli was lecturing a group of eminent scientists about a radical new hypothesis. Bohr got out of his seat in the audience and walked up to the front to interrupt his colleague. "We all agree that your theory is crazy," Bohr told Pauli. "The question that divides us is whether it is crazy enough to have a chance of being correct. My own feeling is that it is not crazy enough." Pauli defended himself. "It is crazy enough!" he said. But Bohr was insistent. "It's not crazy enough!" he argued. I'm going to pose a comparable query to you, Gemini. Are your new ideas and possibilities crazy enough to be true? Make sure they are.

CANCER (June 21-July 22): You've wandered into an awkward phase of your cycle. Missed connections have aroused confusion. Disjointed events have led to weirdness. I've got a suggestion for how you might be able to restore clarity and confidence: Make a foray into a borderland and risk imaginative acts of heroism. Does that sound too cryptic or spooky? How about if I say it like this: Go on an unpredictable quest that will free your trapped vitality, or try a mysterious experiment that will awaken your sleeping magic. P.S. For best results, ask for help every step of the way.

LEO (July 23-Aug. 22): Gesamtkunstwerk is a German word that can be translated as "total art work" or "all-embracing art form." It refers to a creative masterpiece that makes use of several genres. The 19th-century composer Richard Wagner had this in mind when he produced his opera cycle The Ring of the Nibelung, which included orchestral music, singing, theater and literature. I'm invoking the spirit of Gesamtkunstwerk for your use, Leo. The coming weeks will be an excellent time to synthesize and coordinate all the things you do best, and express them with a flourish.

VIRGO (Aug. 23-Sept. 22): Defender was a popular video game that young people played in video arcades during the 1980s. Fifteen-year-old Steve Juraszek was profiled in Time magazine after he racked up a record-breaking 16 million points while playing the game for 16 hours straight. But when his high school principal found out that Juraszek had skipped classes to be at the arcade, he was suspended. I'm wondering if there may soon be a similar development in your own life, Virgo. Will you have to pay a small price for your success? You should at least be prepared to risk an acceptable loss in order to accomplish an important goal.

LIBRA (Sept. 23-Oct. 22): People I meet are sometimes taken aback by the probing questions I ask them. Recently an acquaintance said to me, "Why don't you feel driven to talk about yourself all the time, like everyone else?" I told him the truth: "Being curious is just the way I was made. Maybe it's because of my Mercury in Gemini, or my seventh-house sun or my three planets in Libra." I suspect that you are due to go through a phase similar to the mode I'm so familiar with. If it doesn't happen naturally, I suggest you coax it out. You need to be extra inquisitive. You'll benefit from digging as deeply as you dare. The more information you uncover, the better your decisions will be.

SCORPIO (Oct. 23-Nov. 21): I love to watch an evolved Scorpio get his or her needs met by helping other people get their needs met. It's thrilling to behold the paradoxical Scorpio assets in action: the combination of manipulativeness and generosity; the animal magnetism working in service to the greater good; the resourceful willpower that carries out hidden agendas and complex strategies designed to make the world a better place. I expect to see a lot of this idiosyncratic wisdom from you in the coming weeks.

SAGITTARIUS (Nov. 22-Dec. 21): "Would that life were like the shadow cast by a wall or a tree," says the Talmud. "But it is like the shadow of a bird in flight." That's a lyrical sentiment, but I don't agree with it. I've come to prefer the shimmering dance over the static stance. The ever-shifting play of light and dark is more interesting to me than the illusion of stability. I feel more at home in the unpredictable flow than in the stagnant trance of certainty. What about you, Sagittarius? I suggest that in the immediate future you cultivate an appreciation for the joys and challenges of the shimmering dance.

AQUARIUS (Jan. 20-Feb. 18): Lessons in luck are coming your way. Will they help you attract more luck? Maybe. Will they show you how to make better use of your luck? Maybe. A lot depends on your ability to understand and love the paradox of luck. I've assembled a few enigmatic teachings to prepare you. 1. "Luck is believing you're lucky." —Tennessee Williams. 2. "It is a great piece of skill to know how to guide your luck even while waiting for it." —Baltasar Gracián. 3. "Sometimes not getting what you want is a brilliant stroke of luck." —Lorii Myers. 4. "The harder I work, the luckier I get." —Samuel Goldwyn. 5. "You've got to try your luck at least once a day, because you could be going around lucky all day and not even know it." —Jimmy Dean. 6. "Go and wake up your luck." —Persian proverb.

PISCES (Feb. 19-March 20): The word "boudoir" means a woman's bedroom. But hundreds of years ago, it had a more specific definition. It was a room where a well-bred girl was sent when she was pouting. "Boudoir" is derived from the French verb bouder, which means "to sulk." If it were in my power, Pisces, I would send you to the sulking room right now. In fact, I would encourage you to sulk. In my opinion, a good long sulk would be just the right prescription for you. It would trigger brainstorms about how to change the soggy, foggy conditions that warranted your sulking in the first place.

Free Will Astrology free will astrology