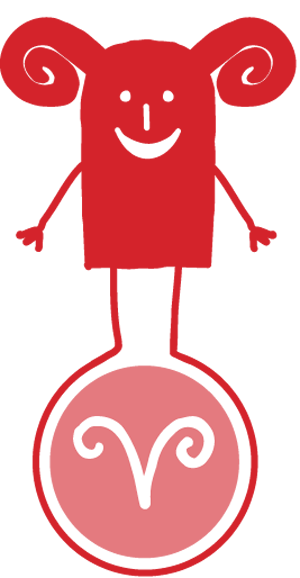 ARIES (March 21-April 19): It's Compensation Week. If you have in the past suffered from injustice, it's an excellent time to go in quest of restitution. If you have been deprived of the  beauty you need to thrive, now is the time to get filled up. Wherever your life has been out of balance, you have the power to create more harmony. Don't be shy about seeking redress. Ask people to make amends. Pursue restorations. But don't, under any circumstances, lust for revenge.

TAURUS (April 20-May 20): "Our brains are no longer conditioned for reverence and awe," said novelist John Updike. That's a sad possibility. Could you please do something to dispute or override it, Taurus? Would it be too much to ask if I encouraged you to go out in quest of lyrical miracles that fill you with wonder? Can I persuade you to be alert for sweet mysteries that provoke dizzying joy and uncanny breakthroughs that heal a wound you've feared might forever plague you? Here's what the astrological omens suggest: Phenomena that stir reverence and awe are far more likely than usual.

GEMINI (May 21-June 20): I wonder if it's time for you to modify an old standby. I'm getting the sense that you should consider tinkering with a familiar resource that has served you pretty well. Why? This resource may have some hidden weakness that you need to attend to in order to prevent a future disruption. Now might be one of those rare occasions when you should ignore the old rule, "If it ain't broke, don't fix it." So be proactive, Gemini. Investigate what's going on beneath the surface. Make this your motto: "I will solve the problem before it's a problem — and then it will never be a problem."

CANCER (June 21-July 22): "Do you really have what it takes or do you not have what it takes?" That's the wrong question to ask, in my opinion. You can't possibly know the answer ahead of time, for one thing. To dwell on that quandary would put you on the defensive and activate your fear, diminishing your power to accomplish the task at hand. Here's a more useful inquiry: "Do you want it strongly enough or do you not want it strongly enough?" With this as your meditation, you might be inspired to do whatever's necessary to pump up your desire. And that is the single best thing you can do to ensure your ultimate success.

LEO (July 23-Aug. 22): I swear my meditations are more dynamic when I hike along the trail through the marsh than if I'm pretzeled up in the lotus position back in my bedroom. Maybe I've been influenced by Aristotle's Peripatetic School. He felt his students learned best when they accompanied him on long strolls. Then there was philosopher Friedrich Nietzsche, who testified that his most brilliant thoughts came to him as he rambled far and wide. Even if this possibility seems whimsical to you, Leo, I invite you to give it a try. According to my reading of the current astrological omens, your moving body is likely to generate bright ideas and unexpected solutions and visions of future adventures.

VIRGO (Aug. 23-Sept. 22): Throughout North America and Europe, there are hundreds of unused roads. Many are former exit and entrance ramps to major highways, abandoned for one reason or another. Some are stretches of pavement that used to be parts of main thoroughfares before they were rerouted. I suggest we make "unused roads" your metaphor of the week, Virgo. It may be time for you to bring some of them back into operation and maybe even relink them to the pathways they were originally joined to. Are there any missing connections in your life that you would love to restore? Any partial bridges you feel motivated to finish building?

LIBRA (Sept. 23-Oct. 22): Karma works both ways. If you do ignorant things, ignorant things may eventually be done to you. Engage in generous actions, and at some future date you may be the unexpected beneficiary of generosity. I'm expecting more of the latter than the former for you in the coming days, Libra. I think fate will bring you sweet compensations for your enlightened behavior in the past. I'm reminded of the fairy tale in which a peasant girl goes out of her way to be kind to a seemingly feeble, disabled old woman. The crone turns out to be a good witch who rewards the girl with a bag of gold. But as I hinted, there could also be a bit of that other kind of karma lurking in your vicinity. Would you like to ward it off? All you have to do is unleash a flurry of good deeds. Anytime you have a chance to help people in need, do it.

SCORPIO (Oct. 23-Nov. 21): As they lie in the sand, African crocodiles are in the habit of opening their jaws wide for hours at a time. It keeps them cool, and allows for birds called plovers to stop by and pluck morsels of food that are stuck between the crocs' molars. The relationship is symbiotic. The teeth-cleaners eat for free as they provide a service for the large reptiles. As I analyze your astrological aspects, Scorpio, I'm inclined to see an opportunity coming your way that has a certain resemblance to the plovers'. Can you summon the necessary trust and courage to take full advantage?

SAGITTARIUS (Nov. 22-Dec. 21): Are you sure you have enough obstacles? I'm afraid you're running low. And that wouldn't be healthy, would it? Obstacles keep you honest, after all. They motivate you to get smarter. They compel you to grow your willpower and develop more courage. Please understand that I'm not talking about trivial and boring obstacles that make you numb. I'm referring to scintillating obstacles that fire up your imagination; rousing obstacles that excite your determination to be who you want and get what you want. So your assignment is to acquire at least one new interesting obstacle. It's time to tap into a deeper strain of your ingenuity.

CAPRICORN (Dec. 22-Jan. 19): In 1937, physicist George Paget Thomson won a Nobel Prize for the work he did to prove that the electron is a wave. That's funny, because his father, physicist J.J. Thomson, was awarded the Nobel Prize in 1906 for showing that the electron is a particle. Together, they helped tell the whole story about the electron, which as we now know is both a wave and a particle. I think it's an excellent time for you to try something similar to what George did: follow up on some theme from the life of one of your parents or mentors; be inspired by what he or she did, but also go beyond it; build on a gift he or she gave the world, extending or expanding it.

AQUARIUS (Jan. 20-Feb. 18): You have been a pretty decent student lately, Aquarius. The learning curve was steep, but you mastered it as well as could be expected. You had to pay more attention to the intricate details than you liked, which was sometimes excruciating, but you summoned the patience to tough it out. Congrats! Your against-the-grain effort was worth it. You are definitely smarter now than you were four weeks ago. But you are more wired, too. More stressed. In the next chapter of your life story, you will need some downtime to integrate all you've absorbed. I suggest you schedule some sessions in a sanctuary where you can relax more deeply than you've allowed yourself to relax in a while.