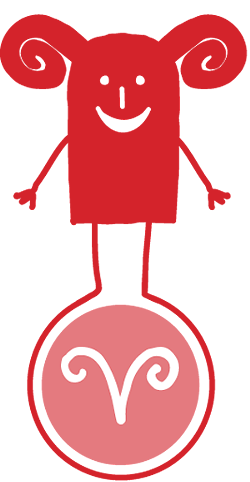 ARIES (March 21-April 19): "When I discover who I am, I'll be free," said novelist Ralph Ellison. Would you consider making that a paramount theme in the coming weeks? Will you keep it in the forefront of your mind and be vigilant for juicy clues that might show up in the experiences headed your way? In suggesting that you do, I'm not guaranteeing that you will gather numerous extravagant insights about your true identity and thereby achieve a blissful eruption of total liberation. But I suspect that at the very least you will understand previously hidden mysteries about your primal nature. And as they come into focus, you will indeed be led in the direction of cathartic emancipation.

TAURUS (April 20-May 20): "We never know the wine we are becoming while we are being crushed like grapes," said author Henri Nouwen. I don't think that's true in your case, Taurus. Any minute now, you could get a clear intuition about what wine you will ultimately turn into once the grape-crushing stage ends. So my advice is to expect that clear intuition. Once you're in possession of it, I bet the crushing will begin to feel more like a massage — maybe even a series of strong but tender caresses.

CANCER (June 21-July 22): According to my analysis of the astrological omens, you are close to tapping into hidden powers, dormant talents and future knowledge. Truths that have been off-limits are on the verge of catching your attention and revealing themselves. Secrets you have been concealing from yourself are ready to be plucked and transformed. And now I will tell you a trick you can use that will enable you to fully cash in on these pregnant possibilities: Don't adopt a passive wait-and-see attitude. Don't expect everything to happen on its own. Instead, be a willful magician who aggressively collects and activates the potential gifts.

LEO (July 23-Aug. 22): This would be a perfect moment to give yourself a new nickname like "Sugar Pepper" or "Honey Chili" or "Itchy Sweet." It's also a favorable time to explore the joys of running in slow motion or getting a tattoo of a fierce howling bunny or having gentle sex standing up. This phase of your cycle is most likely to unfold with maximum effectiveness if you play along with its complicated, sometimes paradoxical twists and turns. The more willing you are to celebrate life's riddles as blessings in disguise, the more likely you'll be to use the riddles to your advantage.

VIRGO (Aug. 23-Sept. 22): Right about now you might be feeling a bit extreme, maybe even zealous or melodramatic. I wouldn't be surprised if you were tempted to make outlandish expostulations similar to those that the poet Arthur Rimbaud articulated in one of his histrionic poems: "What beast must I worship? What sacred images should I destroy? What hearts shall I break? What lies am I supposed to believe?" I encourage you to articulate salty sentiments like these in the coming days — with the understanding that by venting your intensity you won't need to actually act it all out in real life. In other words, allow your fantasy life and creative artistry to be boisterous outlets for emotions that shouldn't necessarily get translated into literal behavior.

SCORPIO (Oct. 23-Nov. 21): During every election season, media pundits exult in criticizing candidates who have altered their opinions about important issues. This puzzles me. In my understanding, an intelligent human is always learning new information about how the world works and is therefore constantly evolving his or her beliefs and ideas. I don't trust people who stubbornly cling to all of their musty dogmas. I bring this to your attention, Scorpio, because the coming weeks will be an especially ripe time for you to change your mind about a few things, some of them rather important. Be alert for the cues and clues that will activate dormant aspects of your wisdom. Be eager to see further and deeper.

SAGITTARIUS (Nov. 22-Dec. 21): Friedrich Nietzsche published his first book, The Birth of Tragedy, in 1872, when he was 28 years old. In 1886, he put out a revised edition that included a preface entitled "An Attempt at Self-Criticism." In this unprecedented essay, he said that he now found his text "clumsy and embarrassing, its images frenzied and confused, sentimental, uneven in pace, so sure of its convictions that it is above any need for proof." And yet he also glorified The Birth of Tragedy, praising it for its powerful impact on the world, for its "strange knack of seeking out its fellow-revelers and enticing them on to new secret paths and dancing-places." In accordance with the astrological omens, Sagittarius, I invite you to engage in an equally brave and celebratory reevaluation of some of your earlier life and work.

CAPRICORN (Dec. 22-Jan. 19): "Go back to where you started and learn to love it more." So advised Thaddeus Golas in his book The Lazy Man's Guide to Enlightenment. I think that's exactly what you should do right now, Capricorn. To undertake such a quest would reap long-lasting benefits. Here's what I propose: First, identify three dreams that are important for your future. Next, brainstorm about how you could return to the roots of your relationships with them. Finally, reinvigorate your love for those dreams. Supercharge your excitement about them.

AQUARIUS (Jan. 20-Feb. 18): "What am I doing here in mid-air?" asks Ted Hughes in his poem "Wodwo." Right about now you might have an urge to wonder that yourself. The challenging part of your situation is that you're unanchored, unable to find a firm footing. The fun part is that you have an unusual amount of leeway to improvise and experiment. Here's a suggestion: Why not focus on the fun part for now? You just may find that doing so will minimize the unsettled feelings. I suspect that as a result you will also be able to accomplish some interesting and unexpected work.

PISCES (Feb. 19-March 20): How many fireflies would you have to gather together in order to create a light as bright as the sun? Entomologist Cole Gilbert estimates the number to be 14,286,000,000. That's probably beyond your ability to accomplish, Pisces, so I don't recommend you attempt it. But I bet you could pull off a more modest feat with a similar theme: accumulating a lot of small influences that add up to a big effect. Now is an excellent time to capitalize on the power of gradual, incremental progress.