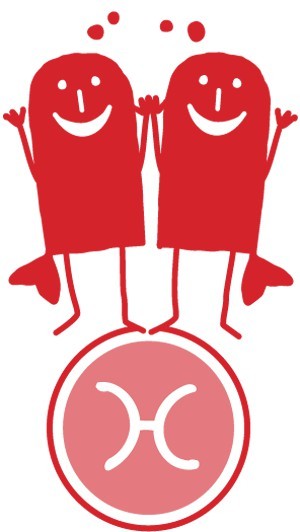 ARIES (March 21-April 19): You're entering a time and space known as the Adlib Zone. In this territory, fertile chaos and inspirational uncertainty are freely available. Improvised formulas will generate stronger mojo than timeworn maxims. Creativity is de rigueur, and street smarts count for more than book learning. May I offer some mottoes to live by when "common sense" is inadequate? 1. Don't be a slave to necessity. 2. Be as slippery as you can be and still maintain your integrity. 3. Don't just question authority; be thrilled about every chance you get to also question habit, tradition, fashion, trendiness, apathy and dogma.

TAURUS (April 20-May 20): By 1993, rock band Guns N' Roses had released five successful albums. But on the way to record their next masterpiece, there were numerous delays and diversions. Band members feuded. Some were fired and others departed. Eventually, only one original member remained to bring the task to conclusion with the help of new musicians. The sixth album, Chinese Democracy, finally emerged in 2008. I'm seeing a similarity between Guns N' Roses' process and one of your ongoing projects, Taurus. The good news is that I think most of the hassles and delays are behind you, or will be if you act now. You're primed to make a big push toward the finish line.

GEMINI (May 21-June 20): The anonymous blogger at Neurolove.me gives advice on how to love a Gemini: "Don't get impatient with their distractibility. Always make time for great conversation. Be understanding when they're moody. Help them move past their insecurities, and tell them it's not their job to please everyone. Let them have space but never let them be lonely." I endorse all that good counsel, and add this: "To love Geminis, listen to them attentively, and with expansive flexibility. Don't try to force them to be consistent; encourage them to experiment at uniting their sometimes conflicting urges. As best as you can, express appreciation not just for the parts of them that are easy to love but also for the parts that are not yet ripe or charming." Now feel free, Gemini, to show this horoscope to those whose affection you want.

CANCER (June 21-July 22): You have recently been to the mountaintop, at least metaphorically. Right? You wandered out to the high frontier and ruminated on the state of your fate from the most expansive vista you could find. Right? You have questioned the limitations you had previously accepted, and you have weaned yourself from at least one of your devitalizing comforts, and you have explored certain possibilities that had been taboo. Right? So what comes next? Here's what I suggest: Start building a new framework or structure or system that will incorporate all that you've learned during your break.

LEO (July 23-Aug. 22): According to the international code of food standards, there are 13 possible sizes for an olive. They include large, extra large, jumbo, extra jumbo, giant, colossal, super colossal, mammoth and super mammoth. If I had my way, Leo, you would apply this mindset to everything you do in the coming weeks. It's time for you to think very big. You will thrive as you expand your mind, stretch your boundaries, increase your territory, amplify your self-expression, magnify your focus and broaden your innocence.

VIRGO (Aug. 23-Sept. 22): "Half the troubles of this life can be traced to saying yes too quickly and not saying no soon enough," proclaimed humorist Josh Billings. That's an exaggeration made for comic effect, of course. (And I think that some of life's troubles also come from saying no too much and not saying yes enough.) But for you, Virgo, Billings' advice will be especially pertinent in the coming weeks. In fact, my hypothesis is that you will be able to keep your troubles to a minimum and boost your progress to a maximum by being frugal with yes and ample with no.

LIBRA (Sept. 23-Oct. 22): Your mind says, "I need more room to move. I've got to feel free to experiment." Your heart says, "I think maybe I need more commitment and certainty." Your astrologer suggests, "Be a bit more skeptical about the dream lover who seems to be interfering with your efforts to bond with the Real Thing." I'm not sure which of these three sources you should heed, Libra. Do you think it might somehow be possible to honor them all? I invite you to try.

SCORPIO (Oct. 23-Nov. 21): "Without your wound where would your power be?" asked writer Thornton Wilder. "The very angels themselves cannot persuade the wretched and blundering children on Earth as can one human being broken on the wheels of living." Let's make that one of your ongoing meditations, Scorpio. I think the coming weeks will be an excellent time to come to a greater appreciation for your past losses. What capacities has your suffering given birth to? What failures have made you stronger? What crucial lessons and unexpected benefits have emerged from your sadness and madness?

SAGITTARIUS (Nov. 22-Dec. 21): "Creating is not magic but work," says Kevin Ashton, author of the book How to Fly a Horse: The Secret History of Creation, Invention and Discovery. In other words, inspiration is a relatively small part of the creative process. Over the long haul, the more important factors are self-discipline, organized thinking, hard work and attention to detail. And yet inspiration isn't irrelevant, either. Brainstorms and periodic leaps of insight can be highly useful. That's a good reminder as you enter a phase when you're likely to be more imaginative and original than usual. I expect creative excitement to be a regular visitor.

CAPRICORN (Dec. 22-Jan. 19): The fictional detective Sherlock Holmes was a good Capricorn, born January 6, 1854. In the course of Arthur Conan Doyle's 60 stories about his life, he revealed his exceptional talent as an analytical thinker. His attention to details was essential to his success, and so was his expertise at gathering information. He did have a problem with addictive drugs, however. Morphine tempted him now and then, and cocaine more often, usually when he wasn't feeling sufficiently challenged. Let this serve as a gentle warning, Capricorn. In the coming weeks, seek more relaxation and downtime than usual. Focus on recharging your psychic batteries. But please be sure that doesn't cause you to get bored and then dabble with self-sabotaging stimuli.

AQUARIUS (Jan. 20-Feb. 18): English is my first language. Years ago there was a time when I spoke a lot of French with my Parisian girlfriend, but my skill faded after we broke up. So I'm not bilingual in the usual sense. But I do have some mastery in the language of music, thanks to my career as a singer-songwriter. Having raised a daughter, I also learned to converse in the language of children. And I've remembered and worked with my nightly dreams every day for decades, so I speak the language of dreams. What about you, Aquarius? In the coming weeks, I bet you'll be challenged to make more extensive use of one of your second languages. It's time to be adaptable and resourceful in your approach to communication.