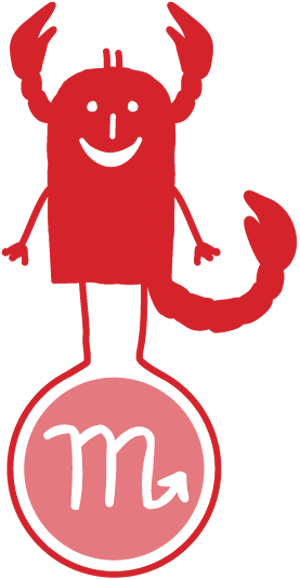 SCORPIO (Oct. 23-Nov. 21): Poet Robert Bly tells us that the door to the soul is unlocked. You don't have to struggle through any special machinations to open it or go through it. Furthermore, the realm of the soul is always ready for you. Always! It harbors the precise treasure you need in order to be replenished and empowered. I bring this to your attention, Scorpio, because I think that during the next two weeks, you should abide as much as possible in the soul's realm — the cornucopia of holy truths and ever-fresh riches.

SAGITTARIUS (Nov. 22-Dec. 21): In my estimation, what you've experienced lately has been akin to a fermentation process. It's as if you're undergoing a transformation with resemblances to the way that grapes turn into wine or milk becomes yogurt or dough rises before being baked into bread. You may have had to endure some discomfort, which is the case for anything in the midst of substantial change. But I think you'll ultimately be quite pleased with the results, which I expect will be ready no later than ten days after your birthday — and quite possibly sooner.

CAPRICORN (Dec. 22-Jan. 19): Many books have been written about Joan of Arc, a fifteenth-century teenage peasant girl whose improbable ascent to military leadership, under the guidance of her divine visions, was crucial in France's victory over the English. Among the many miraculous elements of her story was the fact that less than a year before she led troops into battle on horseback, she didn't know how to ride a horse. She learned by riding around her father's farm astride his cows. I foresee an equivalent marvel in your future, Capricorn. By this time next year, you will have developed an aptitude that might seem unimaginable now. (P.S. There's evidence Joan was a Capricorn.)

AQUARIUS (Jan. 20-Feb. 18): The Divine Comedy is one of history's greatest literary works. Its author, Dante Alighieri, was 43 when he began writing the Inferno, the first part of his three-part masterpiece. Up until that time, he had published just one book and a few poems and had also abandoned work on two unfinished books. Early on in the Inferno, the not-yet-renowned author presents a fictional scene in which he meets with the spirits of antiquity's most famous authors: Virgil, Homer, Horace, Ovid and Lucan. Those illustrious five tell Dante he is such an important writer that he ranks sixth, after them, in his excellence. I'm going to encourage you to dare indulging in behavior like Dante's: to visualize and extol — and yes, even brag about — the virtues and skills that will ultimately be your signature contribution to this world.

PISCES (Feb. 19-March 20): The Latin word for sea is mare. Flustra is the calm sea. Undisonus means "resounding with waves." Caeruleus is the sea's deep shade of blue, aestus is the tide, and aequoreus means "connected with the sea." My hope is that as you meditate on these lyrical terms, you'll be moved to remember the first lakes, rivers and oceans you ever swam in. You'll recall your time floating in your mother's womb and your most joyous immersions in warm baths and hot springs. Why? It's a favorable time to seek the healing and rejuvenating powers of primal waters — both metaphorically and literally.

ARIES (March 21-April 19): If there are any potential Aries heroes or leaders or saviors out there, the coming weeks will be a favorable time for you to fully bloom and assert your practical magnificence. The lessons you have learned while improvising workable solutions for yourself are ripe to be applied to the riddles that are puzzling your tribe or group or gang. I want to let you know, however, that to achieve maximum effectiveness, you should be willing to do good deeds for people who may not be able to pay you back.

TAURUS (April 20-May 20): You're entering a phase of your astrological cycle when it's crucial that your receptivity be as robust as possible. To guide you in this delightful but perhaps challenging work, here are good questions for you to pose. 1. Do you know what help and support you need most, and are you brave and forthright enough to ask for it? 2. Is there any part of you, perhaps unconscious, that believes you don't deserve gifts and blessings? 3. Do you diligently cultivate your capacity to be refreshed and restored? 4. Are you eagerly responsive when life surprises you with learning experiences and inspirations?

GEMINI (May 21-June 20): "Many people will not be honest because they fear loss of intimacy and togetherness," writes self-help author Henry Cloud. But the truth, he adds, is that "honesty brings people closer together," because it "strengthens their identities." Therein lies the tender paradox: "The more you realize your separate identities, the closer you can become." Living according to this principle may not be as easy or convenient as being deceptive and covert, but it's ultimately more gratifying. Henry Cloud concludes, "Telling loved ones what is really on your mind and telling others what you really think is the foundation of love."

CANCER (June 21-July 22): "Maturity is having the ability to escape categorization," said poet Kenneth Rexroth. That's the opposite of the conventional wisdom. For many people, the process of growing up and becoming a seasoned adult means trying to fit in, to find one's category, to be serious and steady and stable. Rexroth, on the other hand, suggested that when you fully ripen into your potentials, you transcend standard definitions; you don't adhere to others' expectations; you are uniquely yourself, outside and beyond all pigeonholes and classifications. The coming weeks will be an excellent time for you to practice and cultivate this sacred art.

LEO (July 23-Aug. 22): Is there an event from your past that would be empowering for you to remember in detail? Is there a neglected but still viable dream you could resurrect, thereby energizing your enthusiasm for the future? Are there old allies you've lost touch with but who, if you called on them, could provide you with just the boost you need? Is there a familiar pleasure you've grown numb to but could reinvigorate by visualizing the original reasons you loved it? The coming weeks will be a favorable time to meditate on these questions.

VIRGO (Aug. 23-Sept. 22): Catholic saint St. Francis (1181–1226) loved animals and the natural world. According to one folkloric tale, he was once traveling on foot with several companions when they came upon a place where the trees were filled with birds. Francis said, "Wait for me while I go preach to my sisters the birds." He proceeded to do just that. The birds were an attentive audience for the duration of his sermon, apparently captivated by his tender tones. Seven centuries later, author Rebecca West offered a critique of the bird-whisperer. "Did St. Francis preach to the birds?" she asked. "Whatever for? If he really liked birds he would have done better to preach to the cats." In the coming weeks, Virgo, I encourage you to do the metaphorical equivalent of preaching to both the birds and the cats.

LIBRA (Sept. 23-Oct. 22): Every now and then I authorize you Libras to shed your polite, tactful personas and express the angst you sometimes feel but usually hide. That's now! To egg you on, read this mischievous rant by Libran blogger Clary Gay (claryfightwood.tumblr.com): "We Libras are constantly thinking about how to make everyone else comfortable and happy. There's not a minute going by when we're not worrying about radiating a soothing and comforting aura so everyone can have a good time. If a Libra is cranky, it's because they snapped! Because of some non-Libra who doesn't appreciate them! If a Libra is mean to people, it's their own damn fault!"