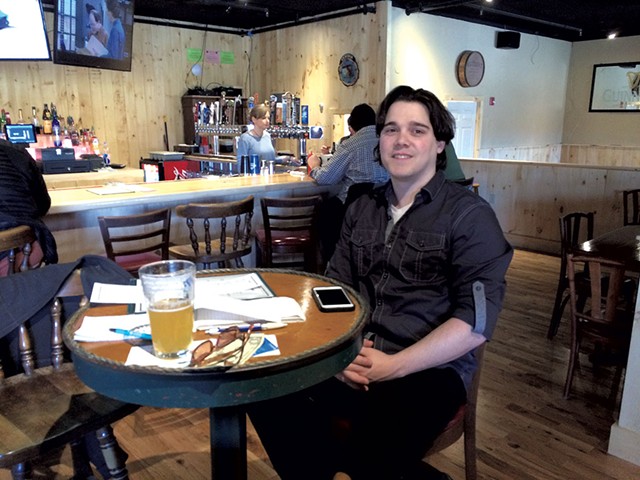 Residents living near Queen City Park Road and the Burlington town line will be pleased to know that the bar formerly known as Franny O's reopened last Saturday, March 19, after five weeks of serious renovations.

New owner Nick Bermudez purchased the South Burlington business — now called Sugar House Bar and Grill — from longtime owner Francis "Franny" O'Brien. Local real estate broker Peter Yee of Yellow Sign Commercial brokered the deal, which closed in January. The bar is Bermudez's first foray into running a food and beverage business, though he says he's "wanted to own a bar" since he worked in a restaurant near his childhood home in southern Vermont as a teenager.

Thirty-year-old Bermudez kept the business open under its old name until mid-February, then closed to give the place a face-lift. In addition to making cosmetic improvements such as new hardwood flooring, re-felted pool tables and new wood paneling on the walls, Bermudez reorganized the bar's floor plan and installed shiny new infrastructure — most notably pristine bathrooms, a U-shaped bar and a 24-line draft-beer system.

A brand-new menu comes courtesy of cooks Jason McKee (formerly of El Gato Cantina) and Nick Richards, who continues to run the kitchen at McKee's Pub & Grill in Winooski. Fare includes pub favorites such as wings and loaded nachos, several salads, sandwiches including a roast turkey club and maple-bacon BLT, and stackers filled with blackened salmon or house-pulled pork.

That menu will grow to focus more on local ingredients, Bermudez says, once the Sugar House hits its stride. "We're all about 'buy local; stay local,'" he says. "We'll obviously have to outsource some things, but local is huge, and we're trying to stay as close to that as we can."

The new owner hopes that nightly events, including Sunday open mic, trivia, pool league, Thursday karaoke and Friday live bands (such as Night Train this week), will bring back former regulars who haven't visited in a while. "When I first came in here and started talking to people," Bermudez recalls, "everyone just kept saying they wished it could go back to the way it used to be — a homey kind of bar that keeps everything as local as possible."